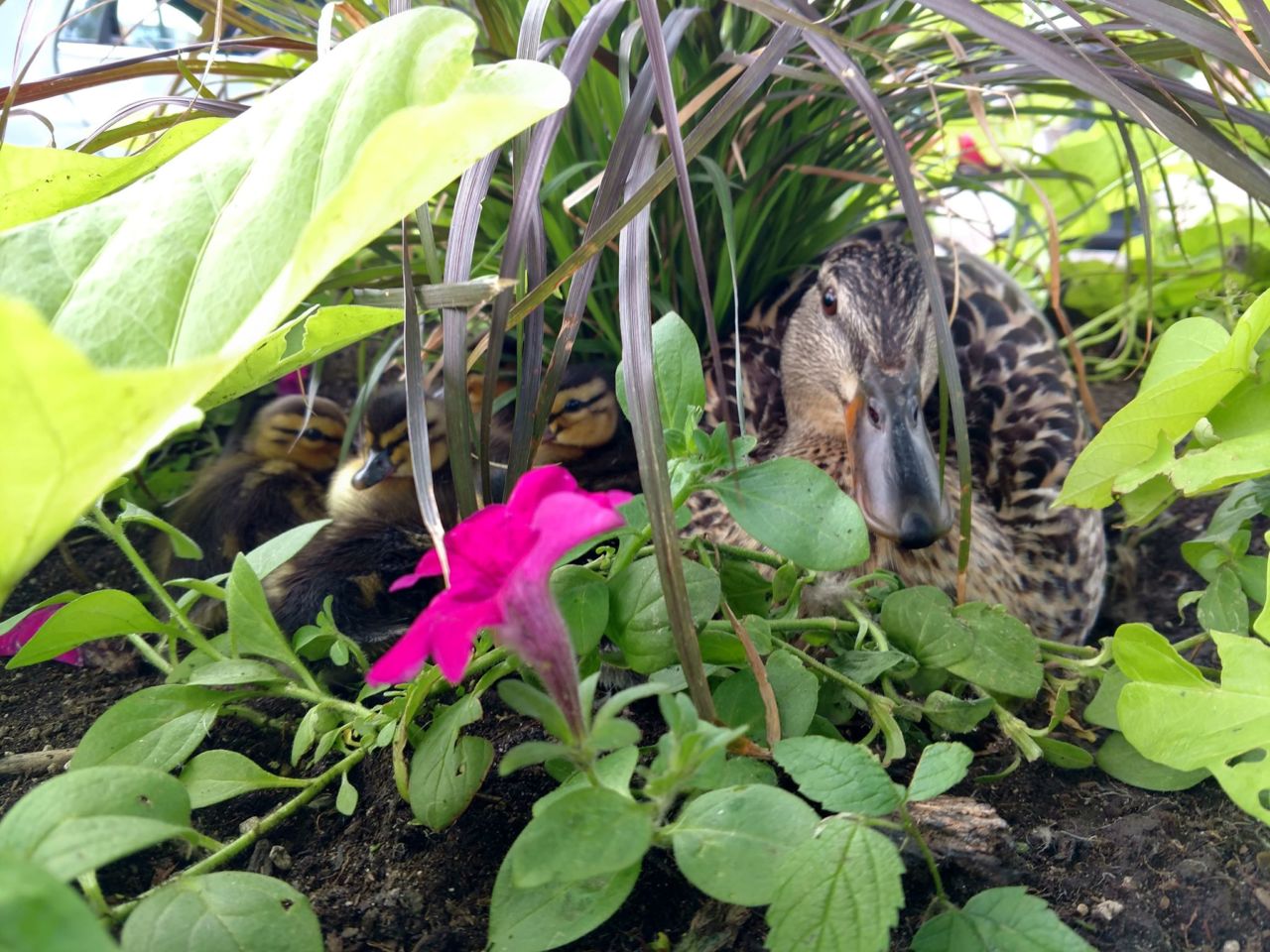 For the past month, the Mid-West Family Broadcasting crew has been keeping a close eye on our mamma duck and her nest on Second Street.

Of course, the day Riverfest opens, those ducklings hatched.

Worried about whether it would be safe for mamma and her babies to cross a busy Second Street at 5 p.m., I called the Coulee Region Humane Society to see if there was something that should be done.

Well, within 30 minutes, Dakota from humane society, was downtown with a net and a carrier.

Of course, we had to interview him about the ordeal. For some reason, we decided to do that BEFORE the ducks were corralled.

So, while Kaitlyn Riley — rookie reporters, of course — was interviewing Dakota, mamma duck had leaped to the sidewalk and was quacking up a storm to her six ducklings.

One by one, they slowly made the 2.5-foot leap to the ground, while I wondered how long this interview was going to take. As you can see by the video below, mamma duck is getting restless. It was, afterall, humid, 80 degrees, and she’s been sitting on those eggs for a month. Who wouldn’t want to get up and get going for a dip — and maybe some Riverfest cheese curds?

Once all the babies were on the sidewalk, I looked over and said, “So, they’re all down now. Are we not worried about catching these ducks?”

In their defense, they couldn’t see across the giant planter. Mamma duck did decide to start heading to Riverfest, despite not having a button for her or any of the kids — though I think kids less than a day old are free to get in.

I ran into the road and cut her off. Dakota netted her on the sidewalk and grabbed three of the ducklings. Kaitlyn grabbed another and I nabbed two.

We got them into the carrier easy enough — and I got back into the studio with 30 seconds to spare on a break from La Crosse Talk PM.

Here’s the video of Dakota letting them go in the La Crosse River Marsh near the Oktoberfest grounds.

One egg didn’t hatch and Dakota took it with him to the Humane Society to put in the incubator in case it does end up hatching.