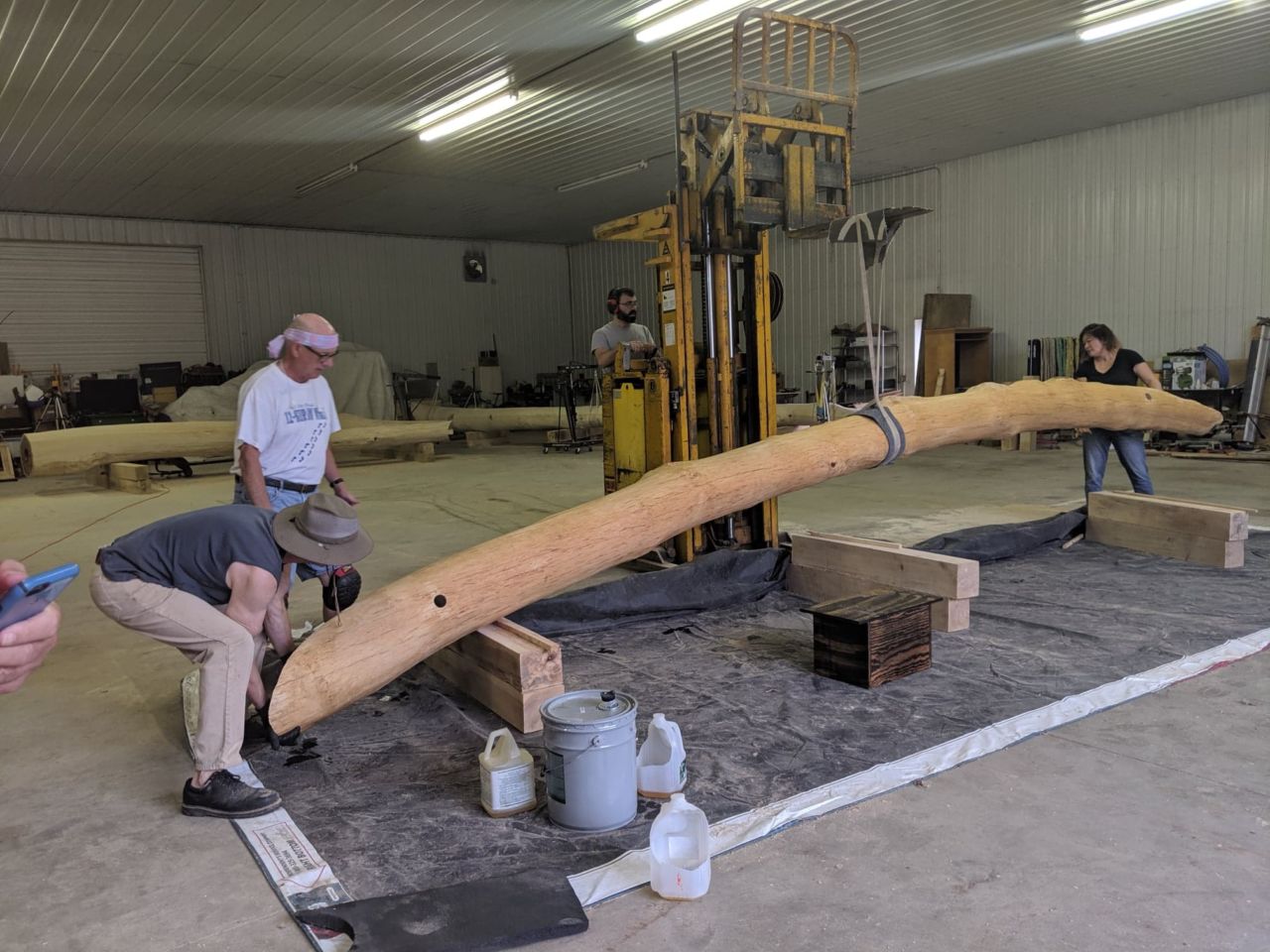 When a tree falls near La Crosse, it becomes part of the sounds coming to Riverside Park. The Band Shell Consortium started staining whole trees that will be used to create a new canopy on Friday. This idea started after the city of La Crosse committed $1 million to repair and renovate the Riverside Park stage but had no plans for an acoustic shell. Co-chair of the Band Shell Consortium Terry Bauer said he was thrilled with the community’s support for this privately funded project.

“I think it is going to be a landmark for the city of La Crosse with the renovated stage and this beautiful, majestic, whole tree, canopy that ties into the logging history of La Crosse,” Bauer said.

The canopy mirrors the architectural blue bridges, according to Bauer. He said there has not been a band shell for performers in more than 50 years.

The consortium hoped to start installing the design by the end of August to have a dedication in conjunction with the Hoeschler Fountain. The group is still seeking donations. They have raised $690,000 of the targeted $800,000 goal.