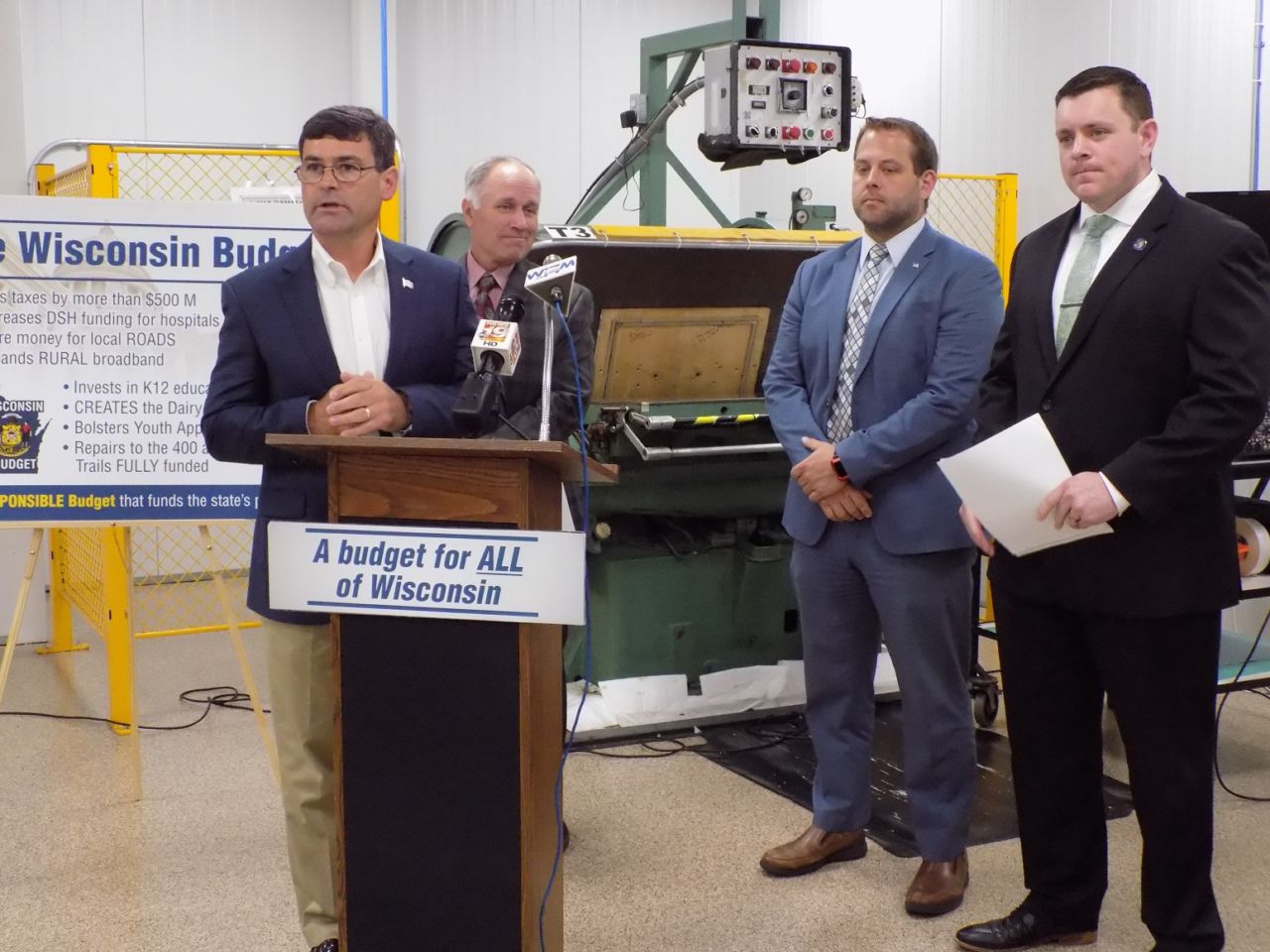 Western Wisconsin Republicans say the new state budget is good for them, and also includes much of what the Democratic governor wants.

Meeting with reporters Thursday at the Dura-Tech printing plant in La Crosse, a group of GOP legislators celebrated items in the budget, which they said should help Wisconsin residents of all types.

Testin said that if the governor vetoes the entire budget, it would be “a whole new ballgame.”

Evers has yet to hint at whether he’ll veto the budget. When Republicans held the Senate, Assembly and the governorship under Scott Walker, they didn’t agree on a budget until Sept. 21, 2017 — two months past the deadline.

The lawmakers said the budget provides more money for prisons located in the region, as well as for nature and recreation areas such as the Elroy-Sparta bike trail.

Assemblyman Tony Kurtz said the budget has “over $500 million in tax relief for middle and lower income families,” meaning a family earning $50,000 a year will see a tax cut of $180 over the two-year plan.