Rodgers, Yelich weigh in on Antetokounmpo winning the NBA MVP 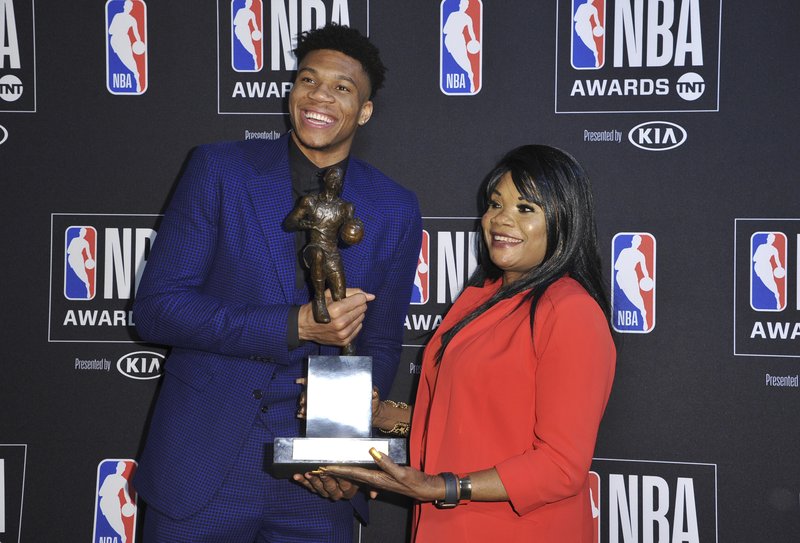 NBA player Giannis Antetokounmpo, of the Milwaukee Bucks, winner of the most valuable player award, left, and mother Veronica Antetokounmpo pose in the press room at the NBA Awards on Monday, June 24, 2019, at the Barker Hangar in Santa Monica, Calif. (Photo by Richard Shotwell/Invision/AP)

The teary-eyed 24-year-old forward for the Milwaukee Bucks won the award Monday night.

Among the people Giannis thanked, included his father, who he lost two years ago to a heart attack.

“Every time that I step on the floor, I always think of my dad and that motivates me to push to play harder and move forward,” Antetokounmpo said. “Even though my body’s sore and I don’t feel like playing, I am always going to show up and do the right thing.”

Antetokounmpo continued, tears pouring from his face, thanking his brothers, who were also crying in the crowd, and then his mom, who he said is his hero and foundation of their family.