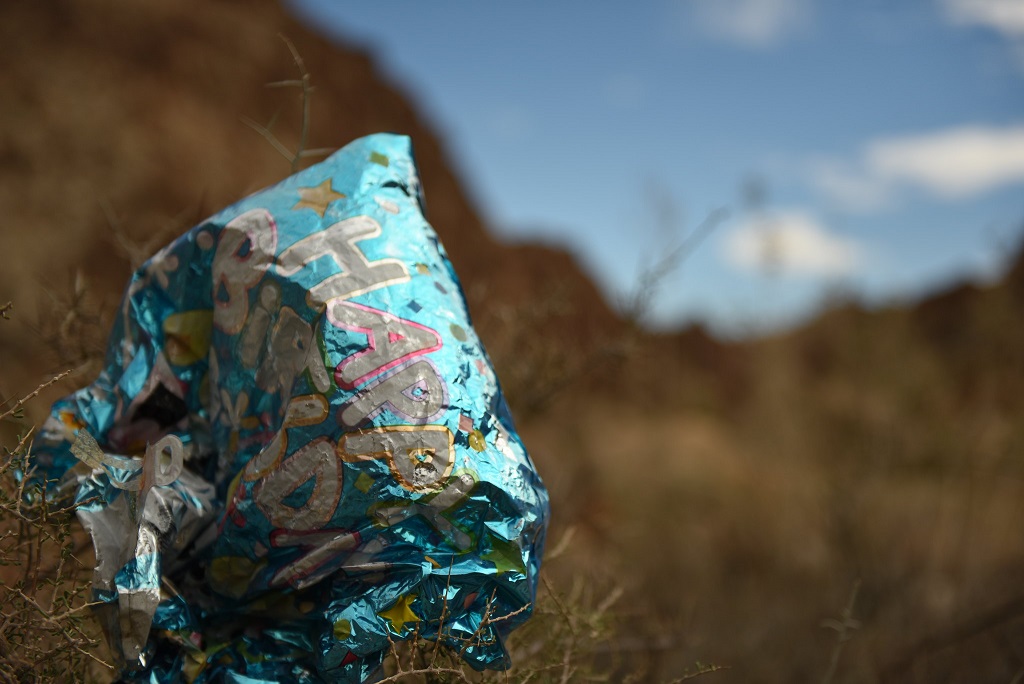 DETROIT (AP) — Environmental advocates are raising awareness about the dangers of balloons for wildlife in the Great Lakes and elsewhere.

Volunteers for the Alliance for the Great Lakes picked up more than 18,000 balloons, balloon pieces or balloon strings along Great Lakes shorelines from 2016 to 2018, the Detroit Free Press reported .

Lara O’Brien, who studies at the University of Michigan’s School for Environment and Sustainability, said that an Australian study published in March found balloons are the highest-risk plastic debris for seabirds.

“I’ve seen a lot of people come together, gather and celebrate graduations, weddings, other celebrations, and they release balloons — and don’t really consider the consequences when the balloons come down,” she said.

During an annual cleanup program, the Alliance for the Great Lakes found between 4,400 and 7,200 balloons or pieces of balloon debris on Great Lakes beaches each of the last three years. The variation in the numbers can most likely be attributed to the number of volunteers on a particular beach in a certain year, not less balloon waste, said group spokeswoman Jennifer Caddick.

“It’s really dramatic and troubling,” Caddick said. “It paints a picture of the bigger plastic pollution problem plaguing the Great Lakes, our oceans, and really the entire planet.”

Pamela Denmon, a U.S. Fish and Wildlife Service biologist in Virginia, said balloons washed-up on the beach is a “huge problem.”

“We would do a necropsy on a bird or turtle or other marine mammal and it would have entangled balloon ribbon all throughout its guts,” Denmon said. She added that she encountered dead seabirds, hanging from power lines or choked around the neck by balloon strings.

The Balloon Council, a New Jersey-based organization of balloon retailers, distributors and manufacturers, has spent more than $1 million nationwide lobbying to change or stop proposed laws to restrict balloons.

“We’ve never supported or sponsored any balloon releases,” council executive director Lorna O’Hara said. “We want people to continue to be able to use balloons, enjoy them, and then dispose of them properly.”

O’Hara said her group doesn’t oppose balloon release bans, but prefers educational programs that encourage putting all helium-filled balloons on weights and using biodegradable strings, or no attachments at all.

Christina Trapani, beach cleanup volunteer in Virginia, said she’s encouraged that the word is getting out on balloon litter, and behaviors are changing.

“The bottom line is, when you let go of a balloon, you’re littering,” she said. “You wouldn’t dump a bunch of uninflated balloons on the ground.”