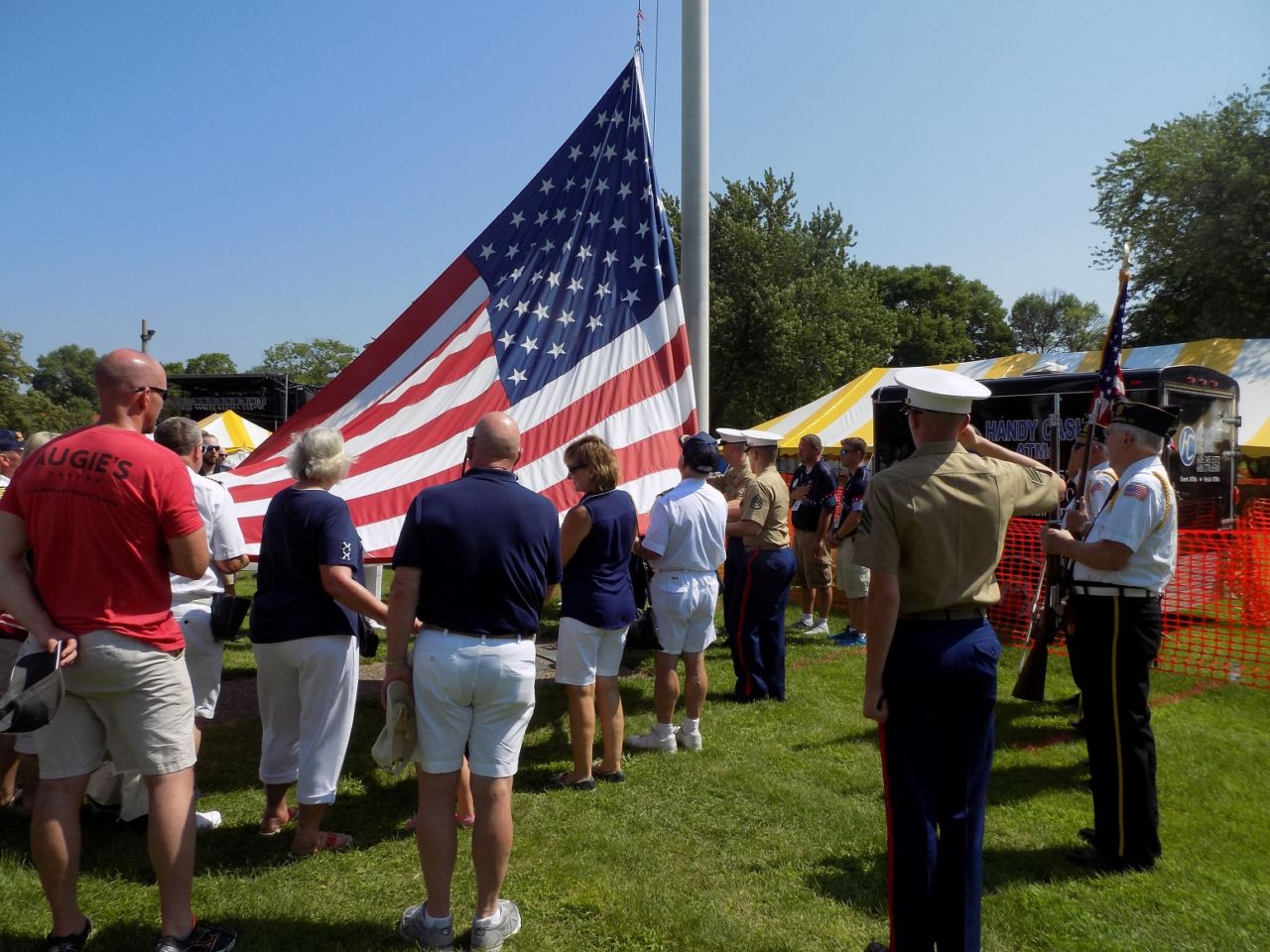 The U.S. flag is raised during the 2018 Riverfest in La Crosse

The major construction happening in La Crosse’s Riverside Park this year will lead to important changes in Riverfest, being celebrated around July 4.

Work on renovating the bandstand and preparing for a bandshell on top of it will force some performances to other areas of the park this year.

Friday morning on WIZM, this year’s Riverfest Commodore, Bill LaRue, said that some performances normally held on the bandstand will be moved this year to the north stage.

LaRue said people will be invited to bring lawn chairs to some of the north stage events, in the absence of permanent seating.

Fireworks on the Mississippi River are scheduled for July 4.