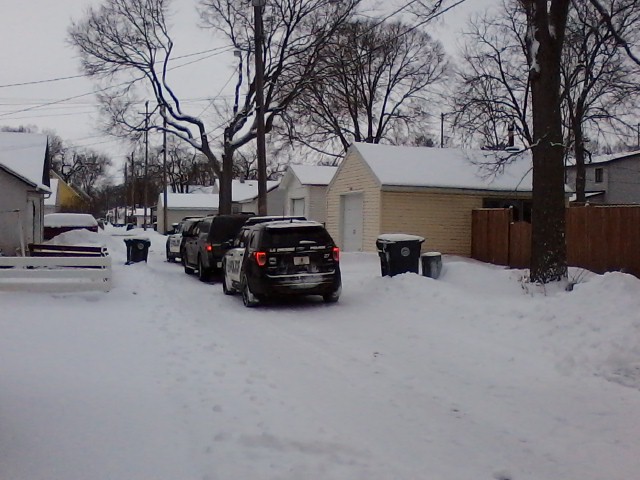 Police cars are pictured in a snowy alley last February, near the site where Juan Mejia was found dead

The mystery of a body found in the Jackson Street area of La Crosse this winter apparently has been solved.

The 24-year-old Mejia was found dead in the backyard of a Johnson Street home on Feb. 7, a few days after a long stretch of sub-zero weather in La Crosse.

He had just been drinking the last time he was seen walking in the neighborhood on Jan. 24.

Investigators had found no signs of foul play in the man’s death.