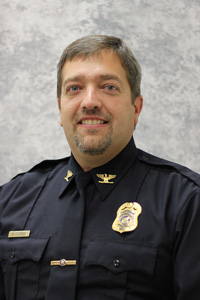 La Crosse may be hiring a new police chief soon.

The city of Payson, Arizona said it has hired La Crosse Chief Ron Tischer as its new chief, effective at the end of July.

Tischer has headed La Crosse’s police department since September of 2012.

La Crosse city council member Doug Happel, who sits on the police and fire commission, is waiting to hear official word from Tischer.

Speaking about the likelihood of searching for a new chief, Happel said, “I hope it doesn’t have to come to pass, but if it does, I hope we are as successful as we were with both Ron Tischer and Ken Gilliam.”

Happel was involved in the process of hiring both Tischer and Gilliam, the current La Crosse fire chief.

Officials at La Crosse City Hall have known that Tischer was talking with the city of Payson, which held interviews for the post in mid-May.

Payson is located in central Arizona, and with a population of 15,000, is about the size of Onalaska.