Burns Park sculpture could be moved close to river 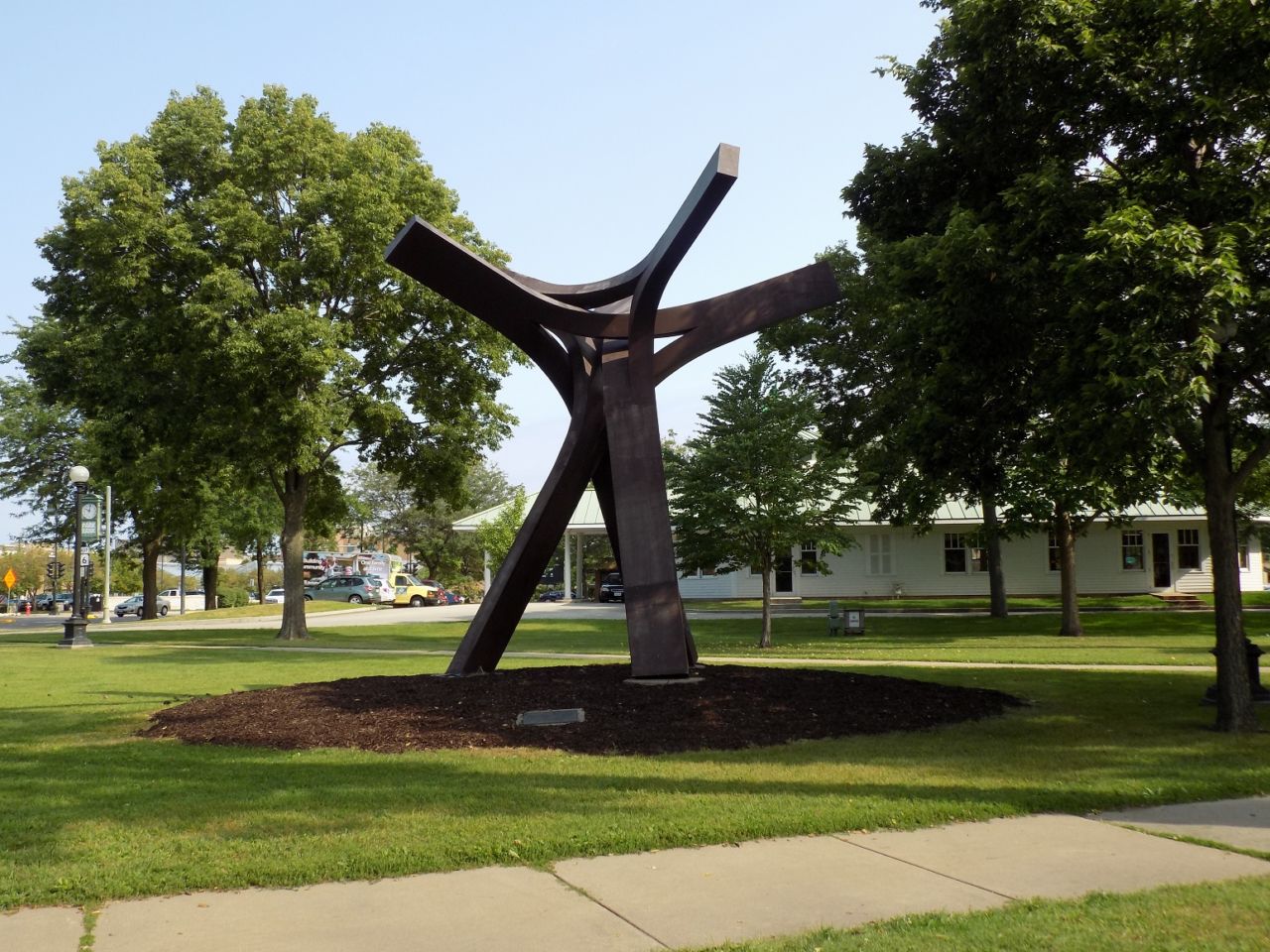 Another familiar piece of art in downtown La Crosse could be moved soon.

The city arts board has been told of plans to relocate the large ‘Lyra’ metal sculpture from Burns Park on Main Street to the Isle La Plume area, near the municipal boat harbor.

Lyra has been in the park since the early 1990s, after being displayed at Valley View Mall for a decade.

The sculpture is brown now, but is supposed to be repainted to its original blue.

The brown paint is peeling off the metal in several spots, revealing the old blue paint beneath.

Park director Jay Odegaard said one idea behind moving Lyra is to have a recognizable landmark along the riverfront.

The city arts board wants more information on the project before deciding the future of Lyra.

In the last few weeks, the ‘Dancers’ sculpture was moved out of the Pump House parking lot for repainting. It will be relocated to the Weber Center.