Rodgers wants to get it to Adams more, which seems 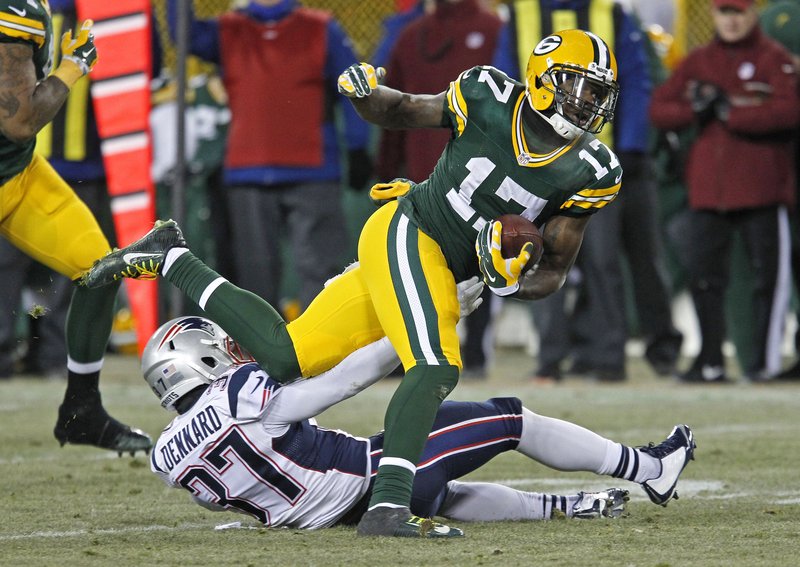 Aaron Rodgers hopes to get the ball to Davante Adams more next season.

That might be a tough feat to accomplish, considering the 26-year-old was the second-most targeted receiver in the NFL last season, getting thrown to 169 times in 15 games — one less time that the NFL leader, Julio Jones at 170 but in one less game, as well.

Nonetheless, Rodgers told ESPN: “I’d like to throw to Davante more. He’s that open. We’ve got to keep finding ways to get him the ball.”

While Adams had the second0most targets last season, the Green Bay Packers did lose Randall Cobb to free agency and will bring in some relatively inexperienced receivers behind him in Geronimo Allison, Marquez Valdes-Scantling, Equanimeous St. Brown, Trevor Davis and Jake Kumerow.

It’s also, not quite like Rodgers to focus on any one receiver but he may change that philosophy this coming season — or may be forced to.

“There’s nothing wrong with having a go-to guy who’s that dynamic and trying to find ways to get him the ball,” Rodgers said. “(But) I think obviously we need complementary pieces in place.”