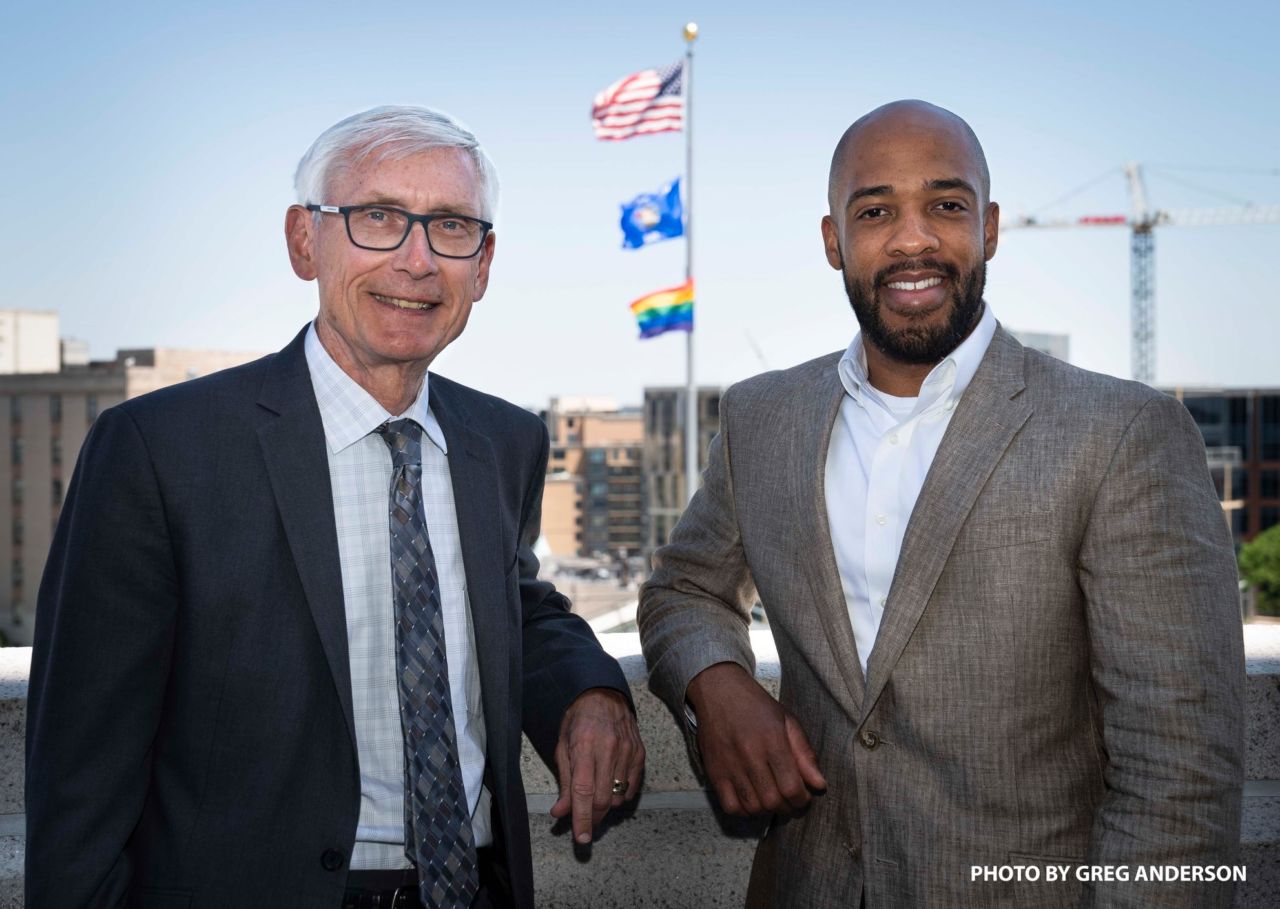 MADISON, Wis. (AP) — Flying a gay pride rainbow flag over the Wisconsin state Capitol for the first time Friday drew backlash from conservative Republican lawmakers who said it was divisive, while Democrats hailed it as a sign of inclusivity.

The flag flap erupted after Democratic Gov. Tony Evers ordered the raising of the flag to recognize June as “Pride Month.” The move drew a fast rebuke from state Rep. Scott Allen, who tweeted , “Is this any more appropriate than erecting the Christian flag over the Capitol?”

Allen, who describes himself on Twitter as “Child of God/Family Man,” said in a follow-up message to The Associated Press that the rainbow flag “advocates a behavior or lifestyle that some Wisconsin residents may not condone. Therefore, it is divisive.”

Democrats praised the raising of the flag, including Democratic state Sen. Tim Carpenter, one of five openly gay state lawmakers.

“This is a very welcoming sign to many of us and it signifies a new direction for Wisconsin,” Carpenter said in a statement thanking Evers. “We are showing that we are a welcoming and inclusive state and that means a great deal.”

Dozens of people stood outside the Capitol’s east wing Friday afternoon and cheered as the flag was raised on a pole just below the U.S. and Wisconsin state flag. Republican state Sen. David Craig joined Allen in criticizing the move.

“The US and Wisconsin flags are flown over us as unifying symbols for all Wisconsinites,” Craig tweeted. “The governor’s action today is in no doubt a statement to advance a cause. The only cause that the Capitol flags should represent is fifty states united in one republic.”

Evers, who defeated conservative Gov. Scott Walker in November, said in an executive order that the rainbow flag has become an important symbol for the LGBTQ community and publicly displaying it “sends a clear an unequivocal message” that in Wisconsin “everyone can live without fear of prosecution, judgment, or discrimination.”

The flag was flying above where the governor’s office is located in the Capitol. Evers also authorizes other state government buildings and any jurisdiction of the state to fly the flag in June.

The governor has the sole authority to decide what flags fly over the Capitol, said Evers spokeswoman Melissa Baldauff.

The U.S. flag, the state of Wisconsin flag and a flag recognizing prisoners of war typically fly over the state Capitol. The move comes after Madison Mayor Satya Rhodes-Conway, the city’s first openly gay mayor, raised a rainbow pride flag over the building that houses city offices — across the street from the Capitol — earlier this week.

The rainbow flag has been a popular symbol of gay rights since the late 1970s and has been used in various forms at gay pride events for years.