No deal on roads, some senators propose portion of a plan 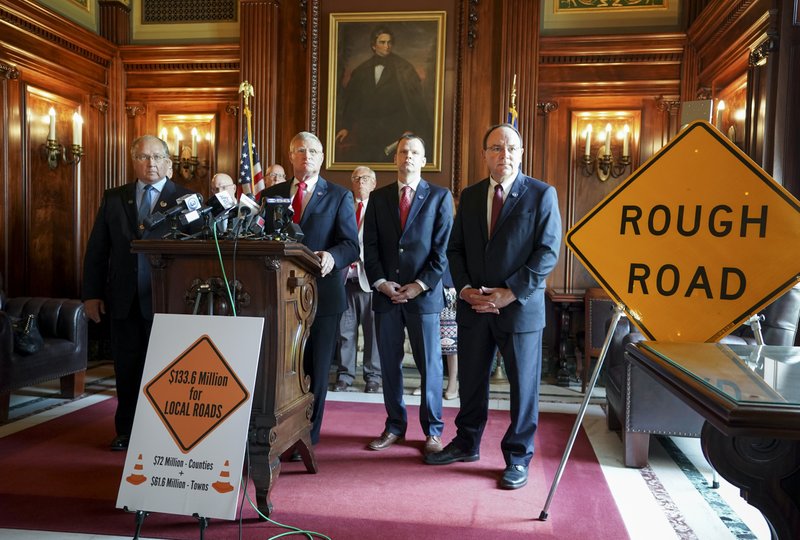 MADISON, Wis. (AP) — With no deal on how to fund Wisconsin’s transportation needs in sight, Republican senators on Wednesday proposed tapping $133 million in budget reserves to pay for repairs to county and town roads.

The idea comes a day before the budget-writing Joint Finance Committee was to decide the larger issue of how to pay for local roads, highways and interstates as well as other transportation needs across the entire state.

Road funding has long divided Republicans and was the issue that delayed passage of the last budget in 2017 until September. That year, Republicans along with then-Gov. Scott Walker opted to borrow more money rather than raise taxes.

Democratic Gov. Evers wants to spend $608 million on roads. Evers, along with advocates for bolstering funding for roads, have been pushing for an 8-cent per-gallon gas tax increase as part of a more sustainable, long-term funding solution. His plan also increases heavy truck registration and new car titling fees, but does not raise the $75 vehicle registration fee most car owners pay. The current gas tax in Wisconsin is 32.9 cents per gallon.

Republicans who control the Legislature have not put forward an alternate plan, even though the budget committee is scheduled to vote Thursday on the issue. Last week, Republican Senate Majority Leader Scott Fitzgerald said the gas tax hike was off the table, but he didn’t say how roads would be paid for.

Fitzgerald called the one-time funding idea announced Wednesday a “laudable idea” that he considered to be outside the larger transportation budget that lawmakers are currently negotiating.

Rep. John Nygren, co-chair of the budget committee, said he would review the Senate proposal but he remained committed to finding a long-term solution to road funding.

The plan Republican senators unveiled relies on a one-time funding boost, paid for with a portion of a $753 million budget surplus. Under their idea, each of the state’s 72 counties would receive $1 million. Towns would then receive $1,000 for each mile in their town, for a total of $61.6 million.

“We want to help our local leaders fix the roads right now,” Republican Sen. Howard Marklein said. “We have the money, we heard our constituents and we are taking action.”

The idea drew immediate criticism from Jerry Deschane, executive director of the League of Wisconsin Municipalities, who noted it does nothing for cities and villages.

“This is not a holistic solution by any means,” Deschane said. “We look forward to working with them on a solution that’s more fair.”

Assembly Republicans have not agreed to the proposal and there’s no guarantee it will even win adoption by the budget-writing committee when it meets to vote on road funding Thursday.

“We’re going to sit down and negotiate an agreement,” said Sen. Tom Tiffany, a member of the budget committee and one of the 10 Republican senators out of 19 who attended a news conference announcing the idea. “We’re very hopeful this is going to be a part of that agreement.”