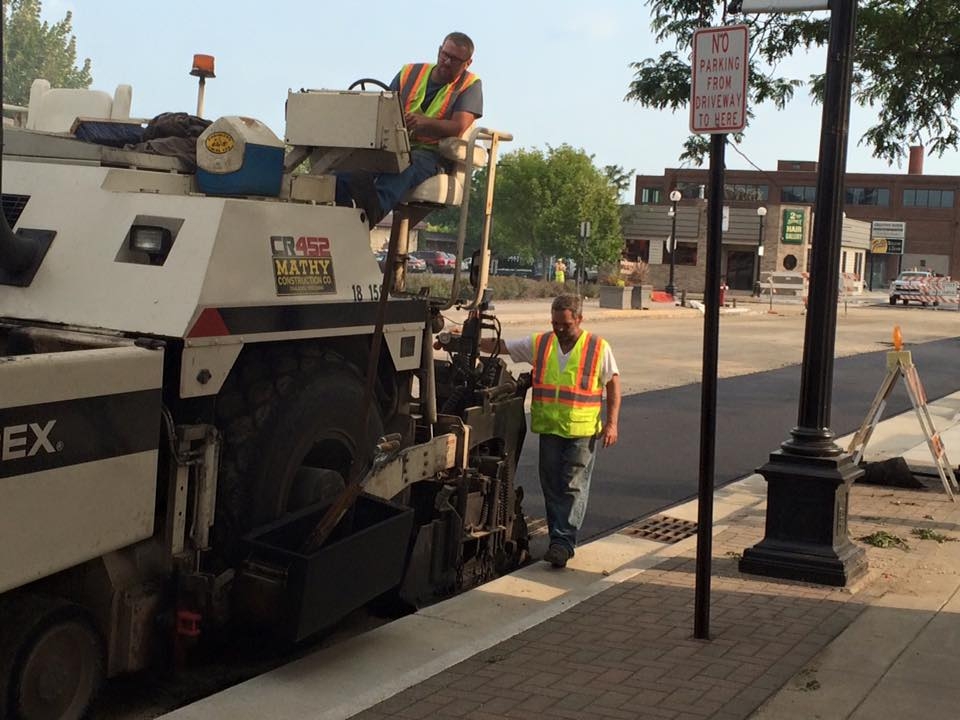 MADISON, Wis. (AP) — Wisconsin Gov. Tony Evers on Monday wouldn’t rule out the possibility of paying for roads without a gas tax increase as he proposed but that Republicans who control the Legislature plan to reject.

Evers campaigned on raising the gas tax, saying it was the most reasonable and sustainable way to pay for roads in the state. Republicans in the Legislature, particularly in the Assembly, have been open to the idea of raising gas taxes in the past. The gas tax in Wisconsin hasn’t increased since 2006, despite a road-funding shortage that’s led to deteriorating conditions and delays in major projects across the state.

“Clearly the people of Wisconsin told us during the campaign to fix the damn roads,” Evers told reporters at a news conference to announce a new effort to boost insurance enrollment. “Now, if Republican leadership has an idea how we can magically do that without increasing the gas tax, we’ll certainly be looking for that. But it has to be a sustainable future around this issue of finding money to fix our damn roads.”

Evers said he wanted to review the entire transportation funding plan, and the larger two-year budget, before deciding on what he will accept or reject. Evers has held out the possibility of vetoing the entire budget, a dramatic and highly unusual move that would almost certainly delay implementation of a budget well past the July 1 deadline.

Evers also has powerful partial veto powers, which allow him to make significant changes to the budget as passed by the Legislature without rejecting the entire $83 billion spending plan.

“Frankly, it’s not soup yet either,” Evers said of the budget. “So it’s hard for me to respond to something when we don’t know what the soup is.”

The Republican-controlled budget committee planned to vote Thursday on transportation funding. It was meeting on Tuesday to vote on funding levels of Medicaid and health-related initiatives. It could wrap up its work next week, finishing with decisions on potential tax cuts and what building projects to fund.

Republicans have previously rejected Evers call to expand Medicaid, a move that would insure an estimated 82,000 more poor people and leverage $1.6 billion in federal money that Evers would use to fund a variety of health care initiatives.

Evers on Monday said he still hoped to convince Republicans to accept Medicaid expansion even as they were looking at other ways to pay for health care needs.

“We still will be fighting for expansion because it’s the easiest route, it’s the most effective route and it will use the federal money that the people of Wisconsin have already paid for,” Evers said.

At the same time, Evers was moving ahead with a new partnership between the state Department of Health Services and the insurance commissioner’s office to increase health insurance enrollment.

Health Services Secretary Andrea Palm said the targeted audience is people who are at or just above poverty and often float between being eligible for Medicaid or federally subsidized private insurance sold through the marketplace. Palm said the state, working together with the private insurance market, community groups, advocates and others, wants to prevent those people from falling through the cracks.

Republican Rep. John Nygren, co-chairman of the budget committee, said he supported Evers’ efforts to connect poor people with federally subsidized insurance sold on the private marketplace, but not the governor’s call to expand Medicaid to cover them instead.

Under current law, Wisconsin’s Medicaid program covers a single person earning less than $12,490 a year. Evers wants to expand Medicaid coverage to someone making $17,236 a year, or 138% of poverty.