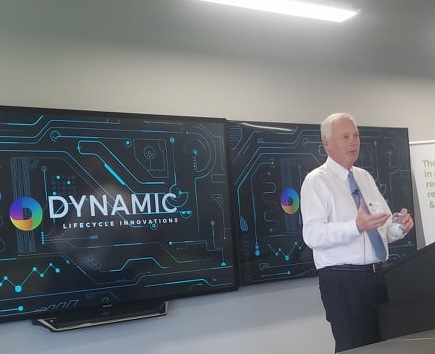 A visit from a U.S. senator included a tour of a local plant and a synopsis of chaos in Washington.

He then took part in a Q&A session, where he gave his thoughts on several issues facing businesses, including some negative perceptions.

“I don’t know, at what point in time, businesses became evil and free trade was not embraced,” Johnson said. “Completely the wrong approach. I think it’s frightening how many young people embrace socialism.”

As to another business concern, the trade war between the U.S. and China, Johnson said he was behind President Donald Trump’s decision.

“We had to get their attention somehow,” Johnson said. “The president is not going to let our trading partners take advantage of us. They are stealing our intellectual property.”

Johnson was in Texas earlier this week where he visited McAllen with multiple Democrat congressmen.

He reported that local officials are processing 1,600 undocumented immigrants per day, which Johnson says are mostly family units leaving for sympathetic economic reasons, but aren’t legal grounds for asylum.