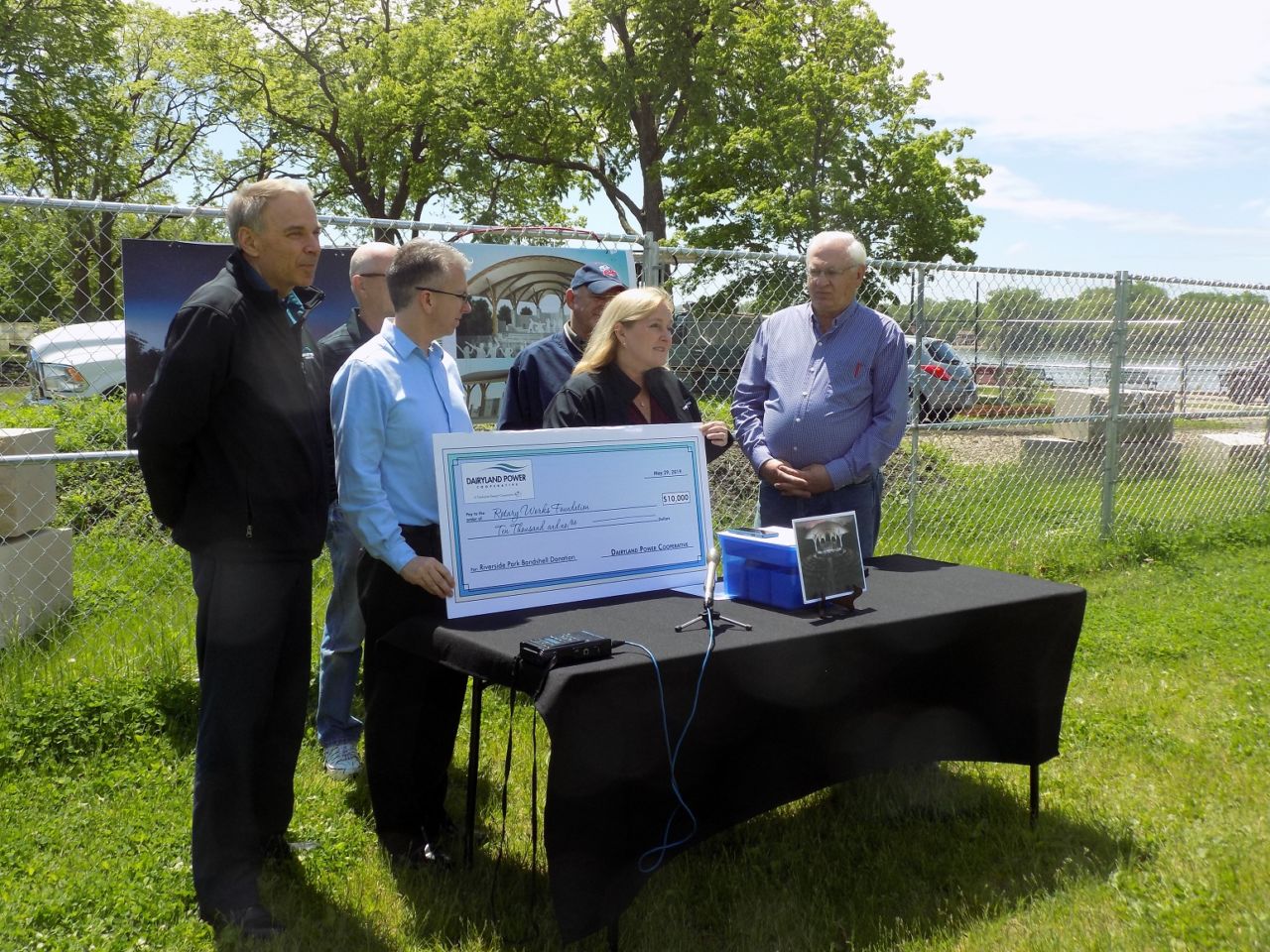 Backers of the bandshell project for La Crosse’s Riverside Park are inching closer to their fundraising goal.

Dairyland Power has just donated $10,000 to help build a canopy over the park bandstand, which is being renovated.

Footings for the canopy will be installed just after Riverfest in July, and the combined bandstand and canopy are expected to be finished by the first week of September.

The biggest donations will go toward paving bricks to be placed behind the audience area of the bandstand.

A temporary stage will be assembled in the park next week, to be used by most of the outdoor concerts planned for this summer.