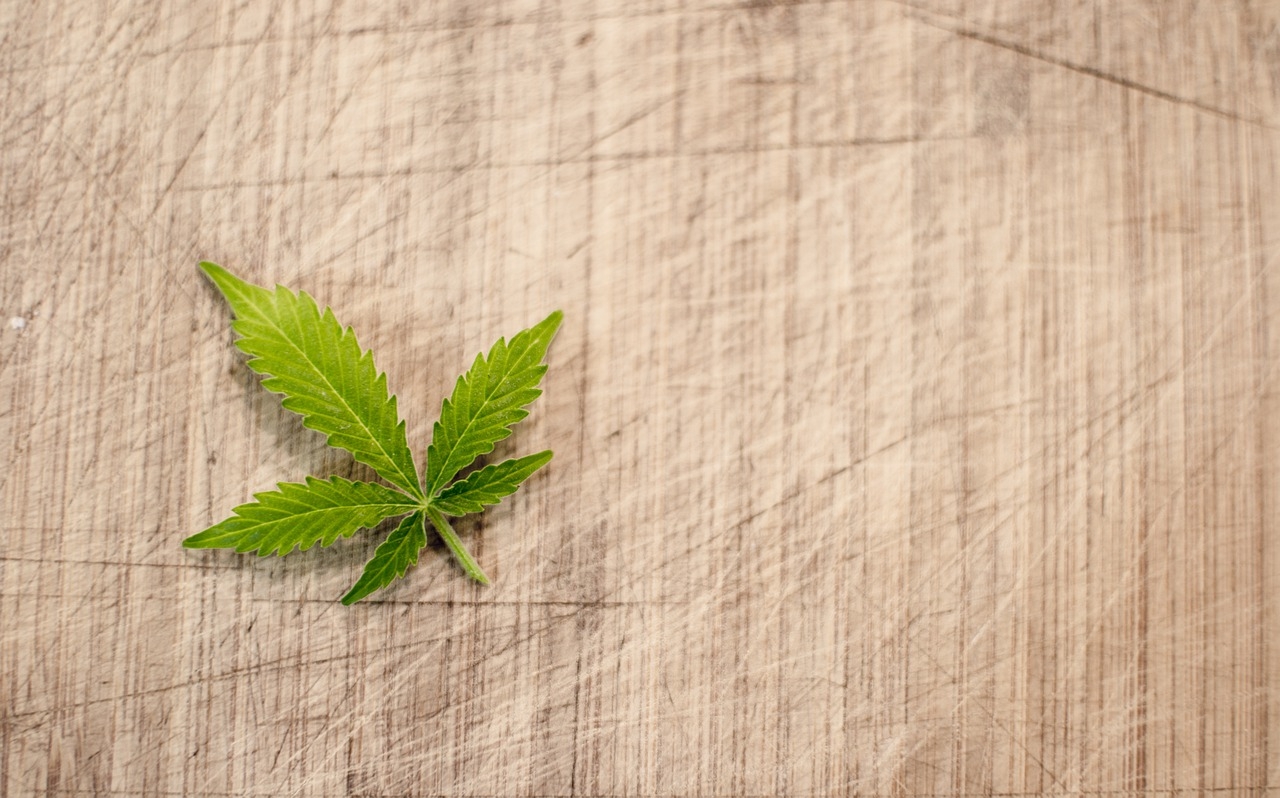 MADISON, Wis. (AP) — Elected as state representative for the 48th Assembly District, Rep. Melissa Sargent, D-Madison, has been “legislating through listening” to her 60,000 constituents since 2012. The stories and concerns she heard from voters in her district have launched Sargent on an unexpected journey, sending her on a mission that she never anticipated when she first ran for office.

Sargent, who said she has never used marijuana, has concluded that prohibition of the drug is ruining the lives of a large number of Wisconsin residents.

Sargent recalled talking to a mother whose child — a recent high school graduate ready for college — was pulled over for failing to use a turn signal and cited for marijuana possession. Sargent does not know what happened to the student, but she said such a ticket can lead to “egregious” consequences, including lost scholarships and housing.

The nonprofit news outlet Wisconsin Center for Investigative Journalism provided this article to The Associated Press through a collaboration with Institute for Nonprofit News.

At an April press conference, Sargent introduced Sarah Fabry, a registered nurse who used cannabis and later cannabidiol (CBD) to treat her Crohn’s disease, an inflammatory bowel condition. Fabry said she took care of patients desperate to get cannabis for loved ones with agonizing end-stage cancer pain. She believes legalization would ease a lot of suffering.

Fabry said her view of marijuana users has radically changed, from “the stereotypical pothead” to “your grandma, your spouse, your child, yourself.”

Such stories have prompted Sargent to three times introduce bills to fully legalize marijuana. On May 17, she introduced Assembly Bill 220, a fourth, updated version of that proposal.

Previously, Democrats Sen. Jon Erpenbach of West Point and Rep. Chris Taylor of Madison have introduced bills to legalize medical marijuana, but those measures did not pass. Taylor aide Chet Agni said a new medical marijuana bill is being drafted — and this time around, it has bipartisan support.

“I was on a pretty lonely ship about five years ago when I put this bill out,” Sargent recalled. “There were people quite frankly in the Capitol building that didn’t want to talk to me. They thought that I was I really out of touch.”

Now, marijuana legalization has entered the mainstream — although as of mid-May, Sargent still had no GOP co-sponsors for her bill. Democratic Gov. Tony Evers has called for decriminalization of possession of small amounts of marijuana and legalizing medical marijuana. Republican leaders who run the state Legislature plan to take those proposals out of Evers’ budget.

At a WisPolitics luncheon in April, Democratic Attorney General Josh Kaul expressed support for first legalizing medical marijuana and seeing how it unfolds before considering additional loosening of cannabis laws.

“We’ve had the referendum recently that showed broad support, particularly for legalizing medical marijuana, and I think there’s momentum for some changes in the Legislature,” he said.

Messages left with Wisconsin Assembly Speaker Robin Vos, R-Rochester, were not returned, although Vos has stated he would support legalizing medical marijuana with a doctor’s prescription. Senate Majority Leader Scott Fitzgerald, R-Juneau, also did not return messages. He has stated there is a lack of support for legalization among Senate Republicans.

The governor, on the other hand, has told Sargent that if her legalization bill makes it to his desk, he would sign it.

Sargent’s lonely ship, it seems, has begun filling up.

In November, voters in 16 Wisconsin counties, including Dane and Milwaukee, passed advisory-only referenda on legalization by wide margins. Nearly a million people voted in support of marijuana to become legal for medical or recreational use. Every one of the questions passed.

“It doesn’t affect our governing, but it does provide a temperature of the people in our community,” said Sargent, referring to the referenda. “Overall, what we’ve seen over the last decade is a real shift nationally and internationally on cannabis and the usage of cannabis and the prohibitions.”

Landon Meske is general manager of Knuckleheads Tobacco & Vape Club, which has an uneasy alliance with the illegal substance. The downtown Madison store sells supplies including glass water tubes and wrapping papers, which can be used for both tobacco and cannabis. He is excited to see more open-mindedness around legalization in Wisconsin.

“When people think legalization, they immediately think recreationally, people can just go get high whenever they want,” Meske said. “There’s so much more potential with industrial, medical . (marijuana) legalization than just recreational.”

For Meske, getting high is just “a small piece of the pie.” As someone who has been to states where marijuana use is legal, Meske said he is much more apt to get legal cannabis and hang out with friends, rather than go to a bar. A “chill Friday night” spent consuming cannabis with friends is a much safer alternative to drinking, Meske said.

In addition to the referenda, recent polls show a majority of Wisconsin residents favor legalization.

According to the latest Marquette Law School Poll conducted in April, 59% of respondents believe marijuana should be made legal — an increase from 50% who favored legalization when the question was first asked in 2013. In the most recent poll, 36% said they opposed legalization. That question did not specify whether legalization would apply to medicinal, recreational or both forms of marijuana use. However, when asked specifically about medicinal use, 83% of respondents said they would favor legalizing marijuana.

Only 51% of respondents ages 60 and older said marijuana should be legalized in the poll, which had a margin of error of plus or minus 5.7 percentage points.

Thomas Felhofer of Luxemburg, Wisconsin, is in that top age category; he does not support legalization. When he was in college in the late 1960s, he said friends who were “heavy” into marijuana flunked out of school. One of his best friends was “a world-class MJ stoner,” who was otherwise very talented, Felhofer said in an email.

“I don’t believe he ever had a ‘real’ job after leaving school,” Felhofer wrote. “He died in his very early 50s of drug-related causes.”

He believes it is “too early to jump on the MJ bandwagon,” adding, “There’s good reason to suspect that the upside is minimal, and that the downside is huge.”

In terms of party identification, the poll reported substantially differing results between strong party identifiers and party “leaners.” While one-third of solidly Republican respondents favored legalization, the number jumps to 59% of people who simply lean Republican.

Not surprisingly, self-described “very conservative” respondents were overwhelmingly opposed to legalization, with just 15% supporting it, while 95% of “very liberal” respondents supported legalization.

“The policymakers in the Capitol building are really what’s standing in the way for making this change, and even though their constituents overwhelmingly support full legalization, tax and regulation of cannabis, they are unwilling to hear the voices of their constituents,” Sargent said. “I think that’s pretty egregious.”

Meske, who supports legalization, also raised concerns about a marijuana industry dominated by large companies. He would favor giving an advantage to local farmers and small business owners to succeed in the new market. That would depend heavily, he said, on what regulations would be put in place.

Under Sargent’s latest bill, a person who wants to grow, process or sell marijuana for recreational use must obtain permits from the Department of Revenue and the Department of Agriculture, Trade and Consumer Protection. Applicants with 20 or more employees must have a labor peace agreement with a labor organization.

According to Sargent, her bill would create 13,000 jobs in Wisconsin and generate hundreds of millions of dollars in tax revenue for the state. A study cited by Smart Approaches to Marijuana disputes this type of math, saying when the costs of drug-impaired driving, black markets and workplace incidents are accounted for, they cancel out the extra tax revenue, which Grace described as “a drop in the bucket.”

Despite the popular support, Sargent said she continues to have trouble garnering support from Republicans. The bill has 22 co-sponsors in the Assembly and Senate, all Democrats.

For Felhofer, even legalization of medicinal cannabis may not be worth the risk. He warned of the possibility of “an increased ‘stoner’ underclass, increased pressure on social services and law enforcement, more health care issues, and the degradation of certain neighborhoods and of quality of life.”

But Meske said it is time for lawmakers to reflect the public’s support for marijuana legalization.

“I just think it’s disappointing that we don’t have representatives that are listening — especially with this last midterm with the referendums that passed,” Meske said. “I think the only solution is people just getting out there and voting in new representatives.”