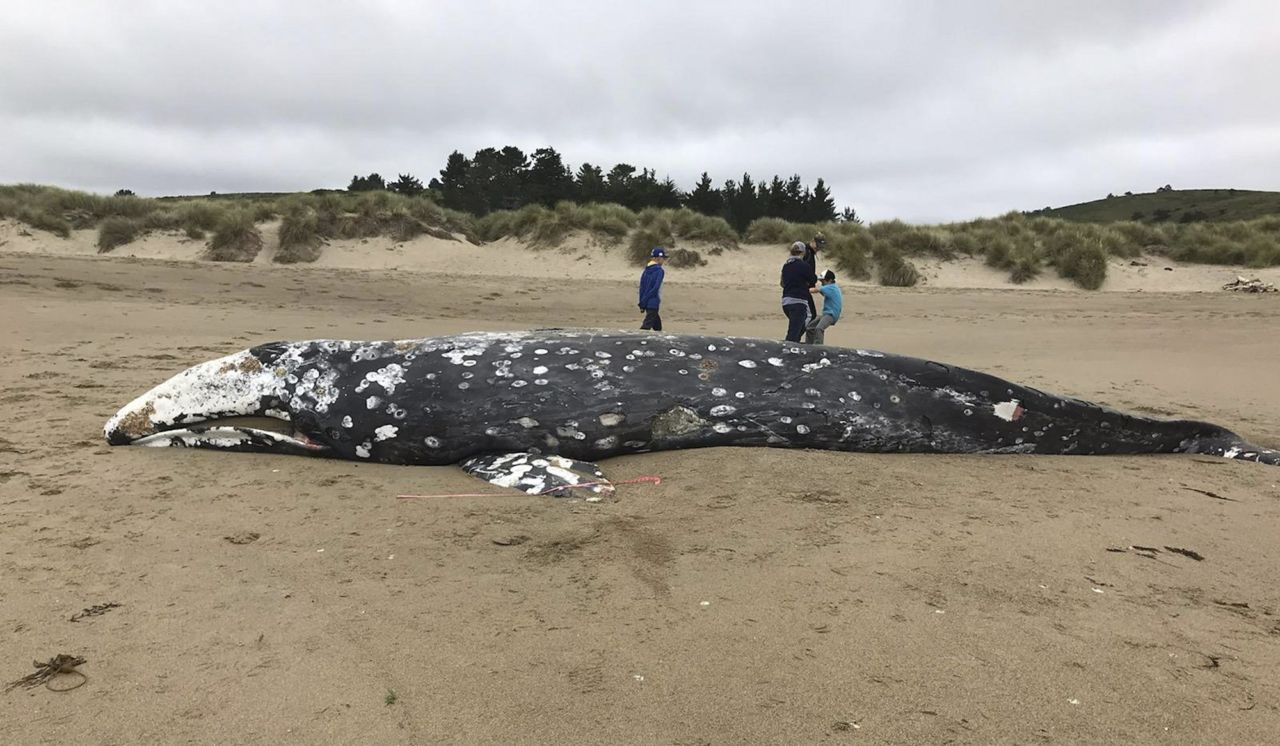 SAN FRANCISCO (AP) — Authorities say a dead gray whale has washed ashore in the San Francisco Bay Area, bringing the total to 13 dead whales found in the area since March.

The San Francisco Chronicle reports that the whale carcass was found Thursday along the Point Reyes National Seashore near Limantour Beach.

The Marine Mammal Center plans a necropsy to determine what killed the whale.

The center says more whales have been spotted in the San Francisco Bay Area since early March and scientists fear it’s because they are starving and can’t complete their annual migration from Mexico to Alaska.