Stakes are high as Bucks, Raptors meet in Game 6 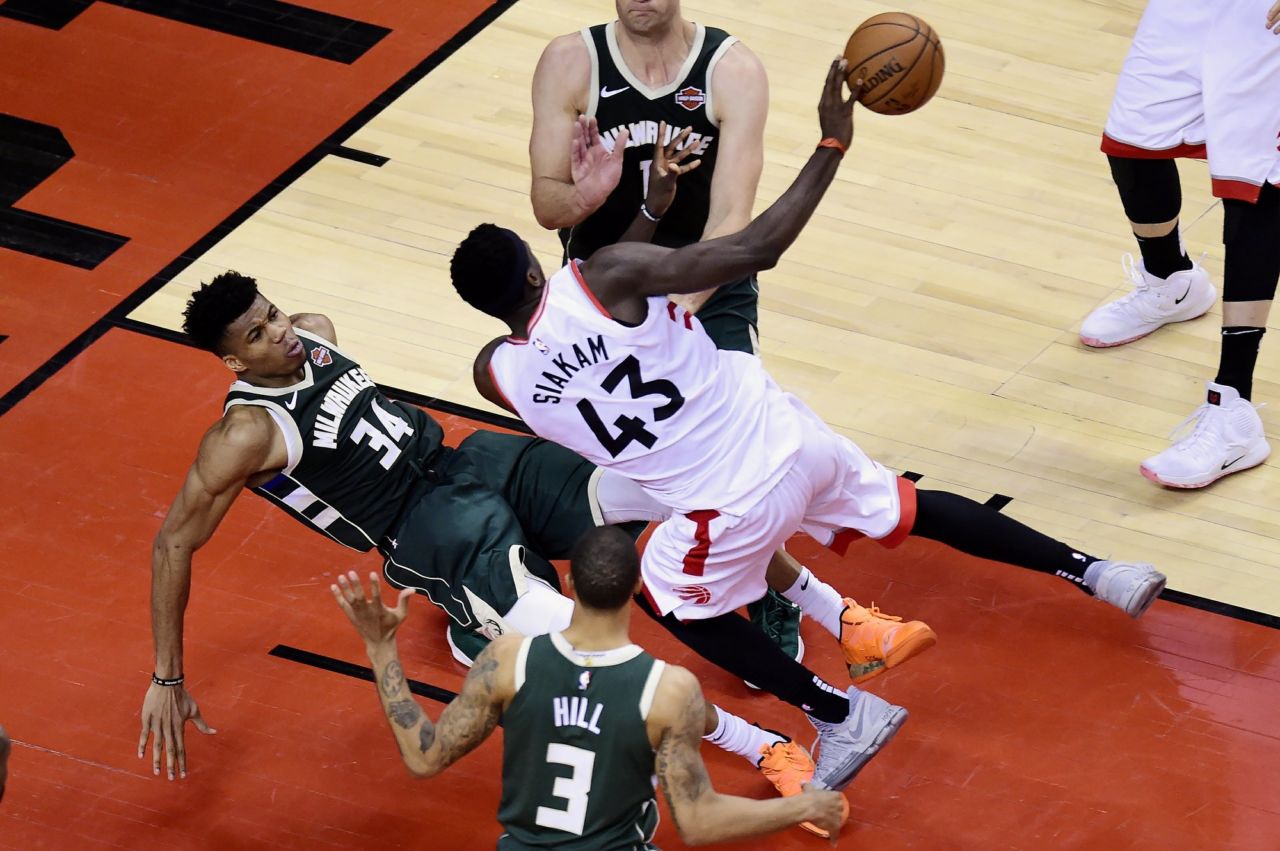 TORONTO (AP) — There’s no escaping the reality of what’s at stake when the Toronto Raptors host the Milwaukee Bucks in Game 6 of the Eastern Conference finals on Saturday night.

The surging Raptors have won three straight, putting them on the brink of the first NBA Finals berth in team history.

The Bucks, who finished as the NBA’s top team in the regular season and once led this series 2-0, have no more room for error after their first three-game losing streak all season.

These two teams have spent months trying to stay even-keeled, treating everything as just another game. That’s starting to get a lot tougher.

Raptors coach Nick Nurse added to that, suggesting the outcome of the series could have franchise-altering implications.

“These are games that now have significance as far as one team’s going one direction, and one going the other, possibly,” Nurse said.

No doubt. Milwaukee starters Khris Middleton, Brook Lopez and Malcolm Brogdon are all headed for free agency, although the Bucks can match offers for Brogdon. Nikola Mirotic is also a free agent this summer.

The Raptors, meanwhile, have no bigger free agent than two-way star Kawhi Leonard, who can opt out of the final year of his deal. An NBA Finals berth, or better, in Leonard’s debut season north of the border would certainly be a boon to Toronto team President Masai Ujiri when free agency opens on June 30.

MVP candidate Giannis Antetokounmpo and the Bucks need a win to prolong their hopes of reaching the finals for the first time since 1974. Then a Western Conference team, Milwaukee lost to Boston in seven games. One season later, star Kareem Abdul-Jabbar left for the Lakers, and the Bucks haven’t played for a ring since.

Toronto won twice in its previous Eastern Conference finals appearance, taking Games 3 and 4 at home against Cleveland in 2016. After that, LeBron James and the Cavs showed their class in Games 5 and 6, outscoring the Raptors by a combined 64 points.

Cleveland swept the Raptors out of the second round in each of the past two seasons, but LeBron’s departure from the East and Leonard’s arrival in Canada have helped put Toronto in its best position ever.

With his team heading home in need of one more win to set up a finals showdown with Golden State, Nurse knows the Raptors still face a daunting task in Game 6.

“As hard-fought as all these have been, and believe me, they have been, I expect this one to be the hardest fought of them all,” Nurse said.

Here’s what to know before Game 6:

Nurse won’t be worrying about how much playing time his stars log on Saturday night.

“It’s a whatever-it-takes game,” he said. “It’s an unlimited-minutes night.”

Budenholzer, on the other hand, said he sees value in keeping Antetokounmpo’s minutes below 40.

“You need to be able to produce and perform, including in the fourth quarter, so I don’t feel any different about how much we use him,” Budenholzer said.

Antetokounmpo played 39 minutes in Game 5. He played 45 minutes before fouling out in Toronto’s double-overtime win in Game 3, but hasn’t topped 39 in any other game this postseason. His regular-season high was 42, in an overtime loss to the Knicks on Dec. 1.

Toronto trailed 16-4 after making its fourth turnover of the game with 7:55 left in the first quarter of Game 5. The Raptors had just two more turnovers the rest of the game, one each in the second and third quarters.

Middleton shot 2 for 9 in Game 5, the second time this series he has taken fewer than 10 shots. MIddleton has had 11 or more attempts in Milwaukee’s other 12 postseason games. Budenholzer said he didn’t mind the low shot total in Game 5, pointing to Middleton’s 10 assists.

“The ball is in his hands, he’s making great decisions, he’s doing things that are really positive and really impactful,” Budenholzer said.

Middleton had one 10-assist game in the regular season, against Miami on March 22.