Bucks on brink of elimination after tweaking starting lineup 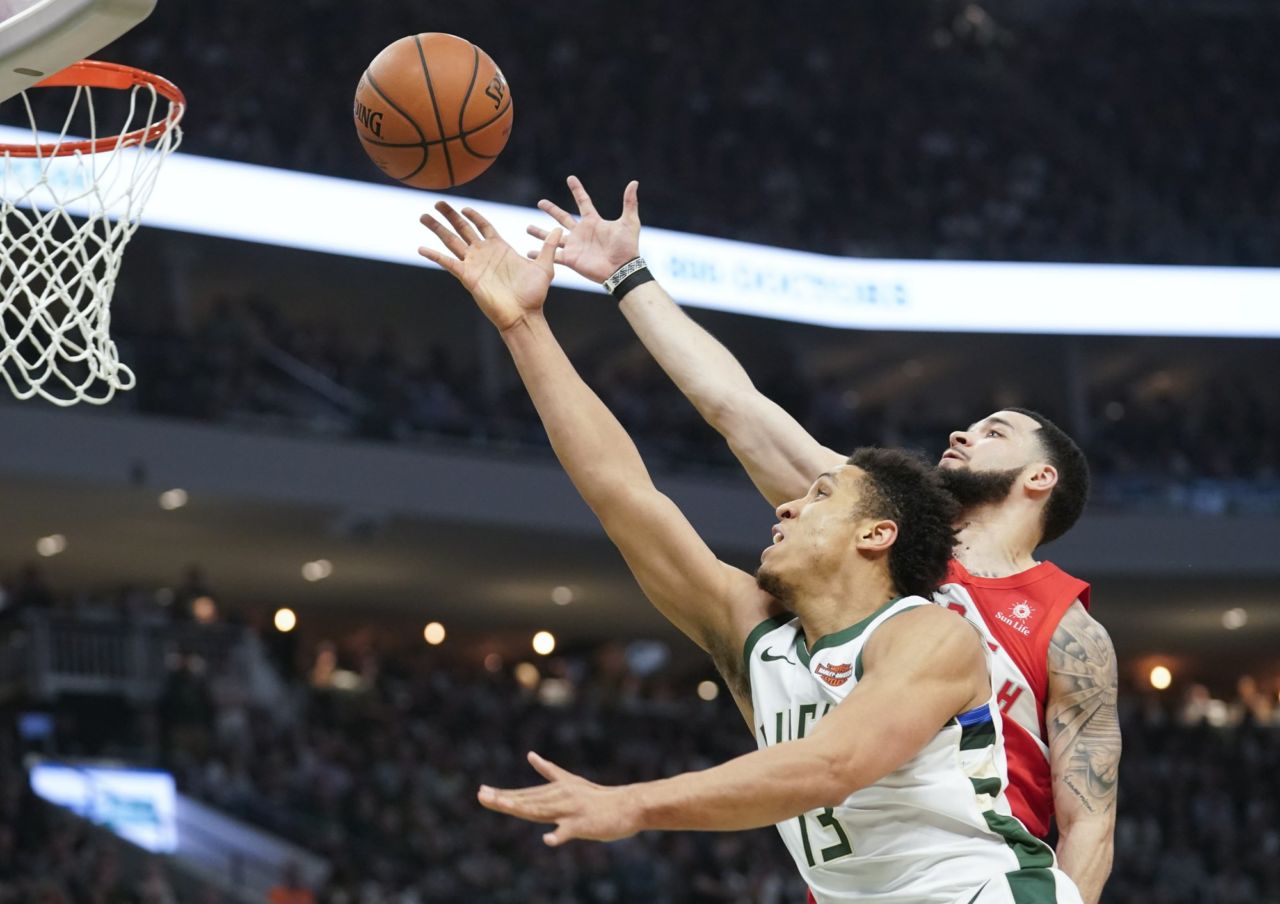 MILWAUKEE (AP) — Mired in their worst skid of the season at the worst possible time, the Milwaukee Bucks need an answer in the Eastern Conference finals.

A lineup change didn’t provide one, so the Bucks have to come up with something else in Toronto.

The Bucks returned to the starting five they used most of the season in Game 5, the lineup that helped them to the NBA’s best record. But they were left with the same result as the third and fourth games and now face elimination when the series resumes Saturday.

Guard Malcolm Brogdon finished with 18 points, 11 rebounds and six assists Thursday in his first start since returning from a foot injury in Game 5 of the Eastern Conference semifinals against the Boston Celtics. But his first career postseason double-double wasn’t enough as Milwaukee lost 105-99 to the Raptors.

The top-seeded Bucks need a win in Toronto after falling there twice already in the series.

“You know, we’ve been a resilient group all year,” Bucks coach Mike Budenholzer said. “We just need to think about going and winning one game, go to Toronto and get that.”

Budenholzer said before Game 5 that he and his staff were thinking of making a change to the starting lineup after going with the same five in each of the first four games of the series. Along with Giannis Antetokounmpo, that group included Nikola Mirotic, Brook Lopez, Khris Middleton and Eric Bledsoe.

After winning the first two games in the series, the Bucks then lost consecutive games for only the second time all season.

Milwaukee’s coaching staff elected to switch things up and start Brodgon instead of Mirotic.

“I think Malcolm was very good overall, and it’s a group that started 64 out of 65 games for us,” Budenholzer said. “Malcolm has been the starter for the preponderance of the season and so I just felt it was the time for that group to start again. He did a lot of things well. (I’m) pleased with Malcolm.”

Brodgon scored eight early points to propel Milwaukee to a 32-22 lead after the first quarter. But the Raptors turned the game around early in the second and pulled away behind 15 points in the final quarter from Kawhi Leonard, who finished with 35.

“He’s a great player,” Brogdon said. “You’ve just got to make him uncomfortable. Tonight he was able to get to his spots and affect the game on both sides. We’ve got to be able to limit him if we’re going to win the next game.”

Mirotic was scoreless in just nine minutes on Thursday. A perimeter-shooting big man acquired during the season from New Orleans in a three-team deal, he averaged nearly 25 minutes through the first four games of the series.

Budenholzer said he wasn’t sure what role Mirotic would play in Game 6.

“We’ll evaluate everything and see how Niko fits,” he said. “He gives us great spacing, great shooting. If he can help us off the bench, then obviously we’ll use him, and he can be very helpful to us.”

The Bucks got just 15 points from their bench on Thursday, their lowest of any game this series.

Despite losing Games 3 and 4 in Toronto, the Bucks head north knowing they won two games in the Scotiabank Arena in the regular season.

“Yeah, it’s a great environment to play in,” said Lopez, who finished with 16 points and eight rebounds on Thursday. “Their fans bring a lot of energy. I definitely think our team will be up for it. We’re ready for the challenge, so we just have to obviously go out there and take care of business.”