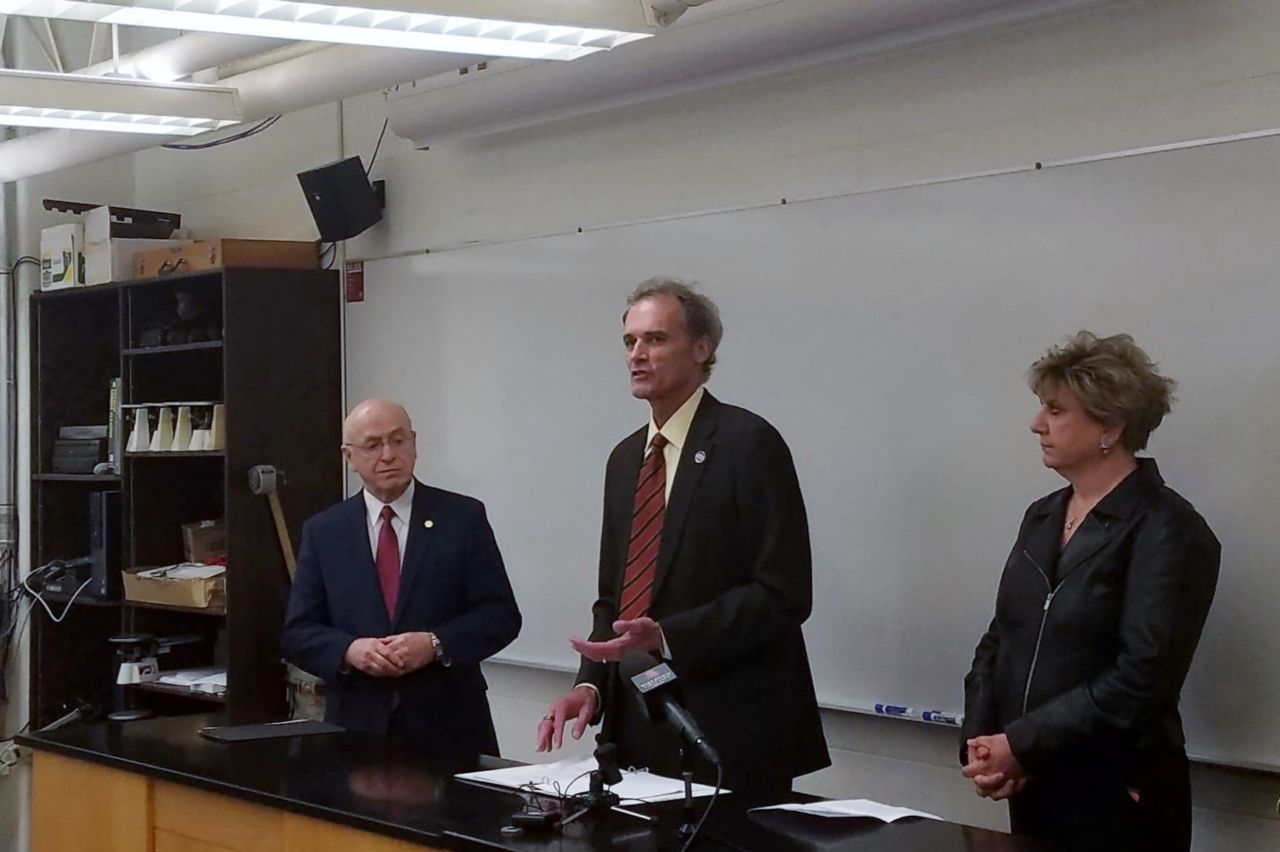 After checking out the University of Wisconsin-La Crosse’s Cowley Hall, the UW System President pledged support for renovations.

An $83 million proposal to renovate the building, as part of Phase 2 of the science center project, will be considered by legislators.

Gow said they have outgrown the building’s capabilities.

“We have over 5,000 students, just in the college of science and health alone,” Gow said. “We have outgrown this facility, which, for its time was state of the art — but that was 55 years ago.”

Wisconsin Gov. Tony Evers included the $83 million as part of his 2019-21 spending plan.

Shilling lamented the fact that the State Building Commission declined to endorse any of the 83 projects this year, forcing schools to fight even harder for funding.

Mark Sandheinrich, Dean of the College of Science and Health, celebrated the results gained from constructing the Prairie Spring Science Center.

“Our students are excited, as well as for those who are coming to campus, looking at La Crosse as a destination program,” Sandheinrich said. “It’s also helped recruit new faculty.”