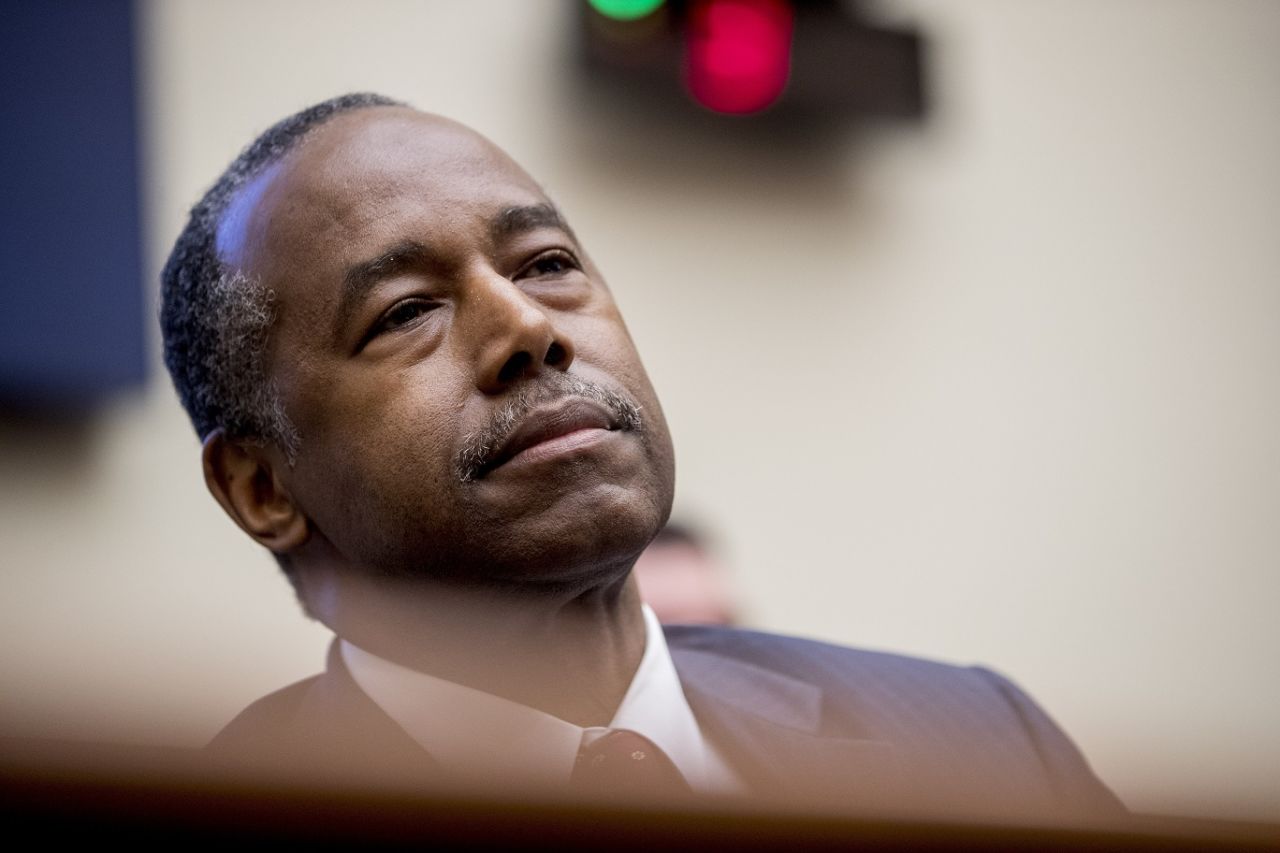 The former brain surgeon and Republican presidential candidate, whom President Donald Trump nominated as his HUD secretary in 2017, tried to defend a proposal that would cut 16.4 percent from HUD’s budget.

Carson was also questioned about HUD plan, announced last year, to impose rent increases of as much as 150 percent on those who live in subsidized housing.

In trying to explain these proposals, Carson expressed a lack of familiarity with basic housing terminology.

During an exchange with Rep. Katie Porter (D-CA), Carson revealed that he’s unfamiliar with a common acronym used to described foreclosed properties — REO, which stands for real-estate owned.

“Do you know what an REO is?” Porter asked.

After that exchange, Carson said he would get Porter in touch with “people who do that” (deal with foreclosed properties) at HUD, though that was something she was already somewhat of an expert, having been California’s independent monitor of banks in a nationwide $25 billion mortgage settlement.

“Respectfully, that was my day job before I came to Congress,” Porter said. “I spent a decade working with the people at HUD on this problem.”

Later, Carson refused to answer questions in a condescending tone, including this exchange with Rep. Ayanna Pressley’s (D-MA).

“Yes or no — is stable and safe housing a social determinant of health?” Pressley asked.

“Sounds like you have not been here and heard most of my testimony,” Carson said.

“Please just answer the question, reclaiming my time,” Pressley replied. “Yes or no — is stable and safe housing a social determinant of health?”

“Ah, there is no question that housing is an important part of health,” Carson said, still dodging. Instead of answering questions, he tried to turn the tables by expressing frustration that Pressley was glancing down at prepared notes and told her to “ask me some questions yourself and stop reading.”

Near the end of the exchange, Carson mocked Pressley, saying “reclaiming my time.”

After the hearing, Carson thought he would try and be humorous about the situation.