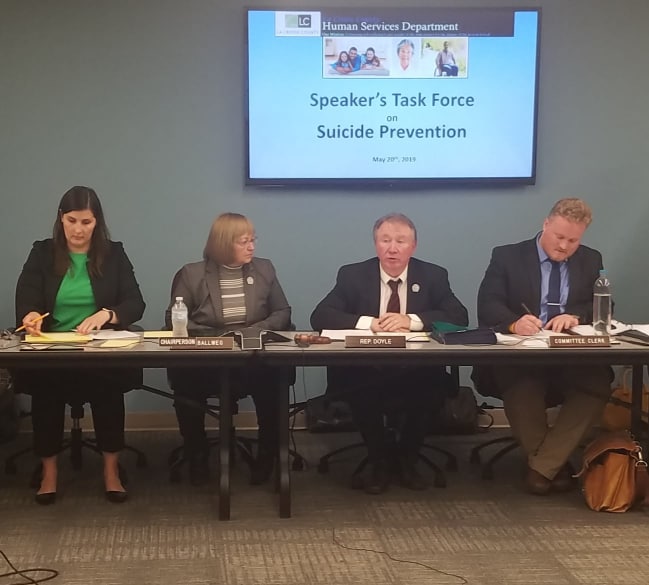 Public hearings for a task force designed to look at suicide in Wisconsin began Monday in La Crosse.

The task force was formed to gather opinions and strategies about how to deal with the growing problem in the state.

Co-chair, and Democratic Assemblyman, Steve Doyle said the La Crosse area is affected in a couple of ways.

“In Western Wisconsin, we have both opioid issues and, also, the farm crisis,” Doyle said. “We’re seeing record numbers of farmers leaving the business and committing suicide unfortunately.”

The fight over the Wisconsin budget rages on in Madison and in the media, with Gov. Tony Evers saying, “connect the dots,” when asked if Republican leaders are sexist.

Doyle added that discussing the important issues on a bipartisan basis is a breath of fresh air.

“People in crisis are not Democrats or Republicans, they are people in need,” Doyle said. “With all of the vitriol we’re seeing in Madison, that all goes out the door when we’re talking about suicide prevention.”

The committee is hoping to hear from, not only medical professionals, but also from families who are dealing or who have dealt with suicide, to hear their concerns about what could be done better.