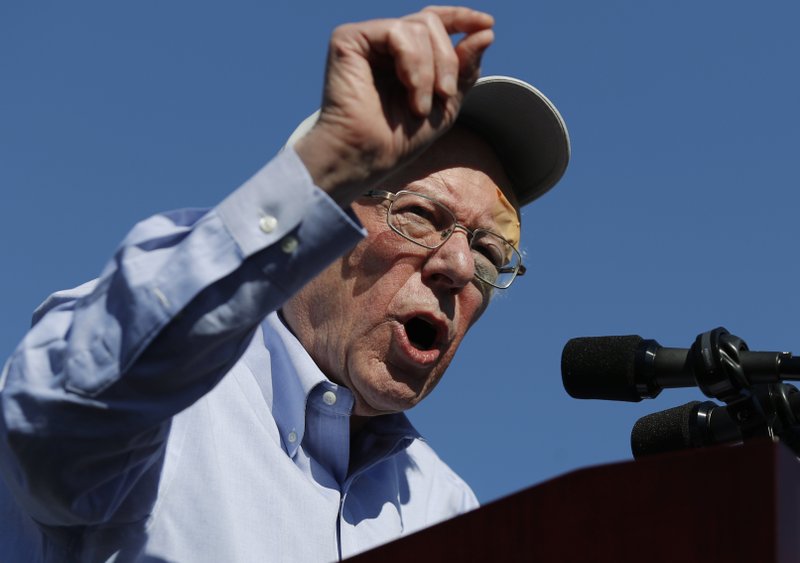 COLUMBIA, S.C. (AP) — Democratic presidential hopeful Bernie Sanders wants to suspend taxpayer funding of new charter schools and ban those that are for-profit as part of his plan to overhaul public education that he released on Saturday.

Saying charter schools are “exacerbating educational segregation,” Sanders proposes more transparency and accountability for them, as well as limits on the pay of their chief executives. According to the campaign, the 10-point plan focuses on “reversing racial and economic segregation that is plaguing elementary and secondary schools.”

The current education secretary, Betsy DeVos, is an advocate for charter schools, which receive public funding but operate independently.

Sanders unveiled the plan Saturday ahead of a speech in South Carolina. The campaign said the release of Sanders’ Thurgood Marshall Plan for Public Education was timed to the 65th anniversary of the Brown v. Board of Education ruling that racial segregation in public schools was unconstitutional.

As head of the NAACP Legal Defense and Educational Fund, Marshall served as chief attorney for the plaintiffs, more than a decade before becoming the first black U.S. Supreme Court justice.

To combat disparities in education funding, the senator from Vermont is proposing “large new investments in programs that serve high-poverty communities, support special needs students, and augment local efforts to integrate school districts.” That also includes a minimum on per-pupil spending in all school districts across the country, as well as a universal school meal plan and a goal of closing “the gap in school infrastructure funding to renovate, modernize, and green the nation’s schools.”

Sanders’ plan also proposes investment to raise starting teacher salaries to at least $60,000, as well as grants and tax credits to help teachers defray the cost of school supplies.

This is Sanders’ first major plan of this campaign for K-12 education reforms. Dating back to his 2016 run for president, Sanders has repeatedly addressed reforms in higher education, including making four-year college free.

Some of the other nearly two-dozen candidates seeking the Democratic presidential nomination have come out with their own plans for elementary and higher education. Earlier this year, Sen. Kamala Harris of California made her first campaign policy rollout a federal investment in teacher pay .

Sen. Elizabeth Warren of Massachusetts has proposed alleviating almost all college debt for 42 million Americans, proposing an “ultra-millionaire” tax to fund the $640 billion cost. Earlier this week, Warren said her secretary of education “will be a former public school teacher who is committed to public education.”

Meg Kinnard can be reached at http://twitter.com/MegKinnardAP