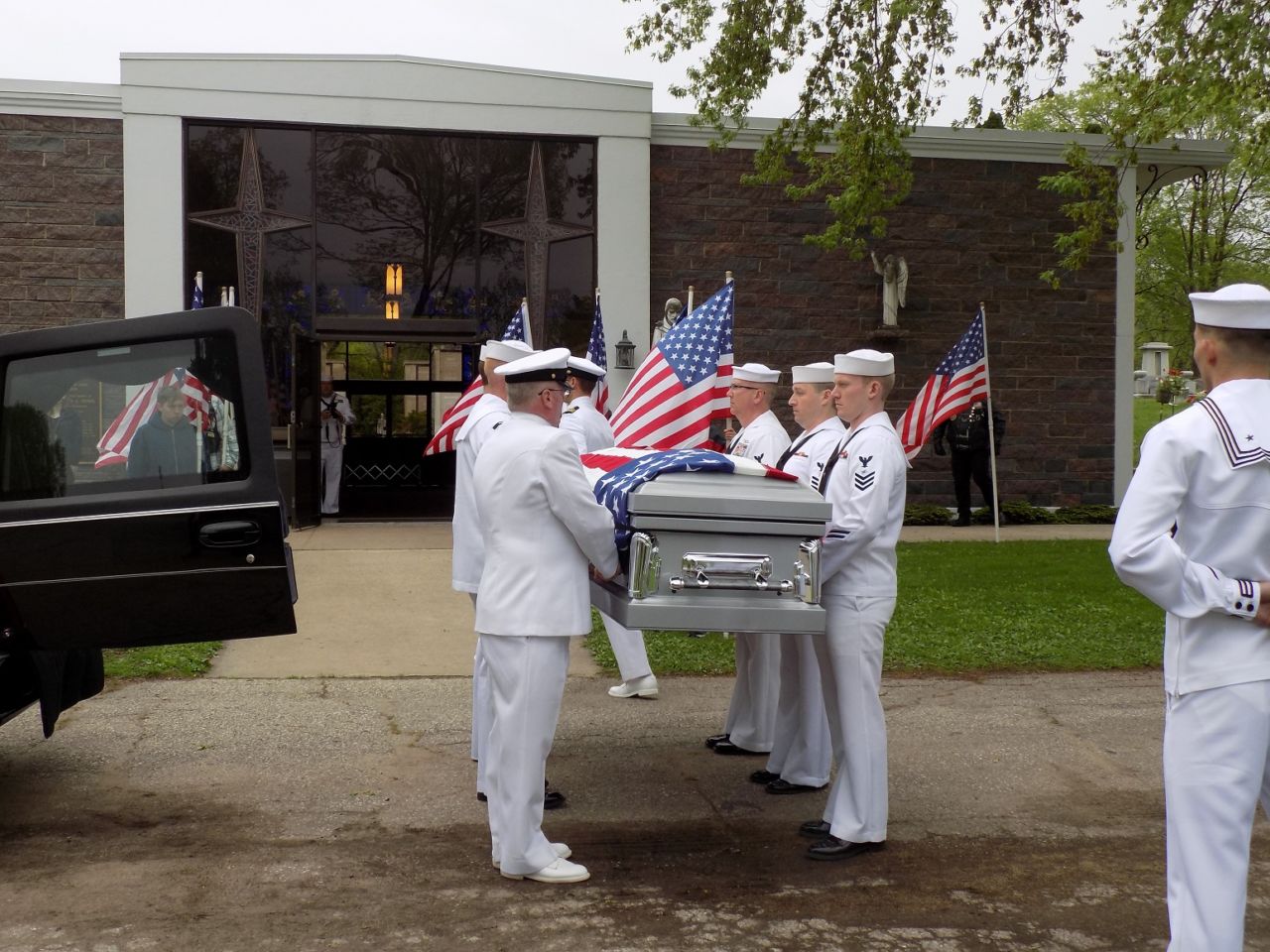 A Naval honor guard of pallbearers carries the casket of sailor George Naegle, killed at Pearl Harbor in 1941, at La Crosse's Catholic Cemetery

About 50 people gathered at St. Joseph the Workman Cathedral in La Crosse on Saturday to honor a local sailor who died 78 years ago, in the Pearl Harbor attack.

Funeral services were held for George Naegle, who was aboard the USS Oklahoma when it was bombed by the Japanese in December of 1941.

A Navy honor guard also accompanied Naegle’s remains to Catholic Cemetery, where he was interred at a mausoleum with members of his family.

Naegle, a La Crosse Central graduate, was buried with other sailors from the Oklahoma.

The Navy did not identify him until doing genetic testing about four years ago.

A female admiral stationed at a Nebraska base was among the Navy representatives attending the burial ceremony.