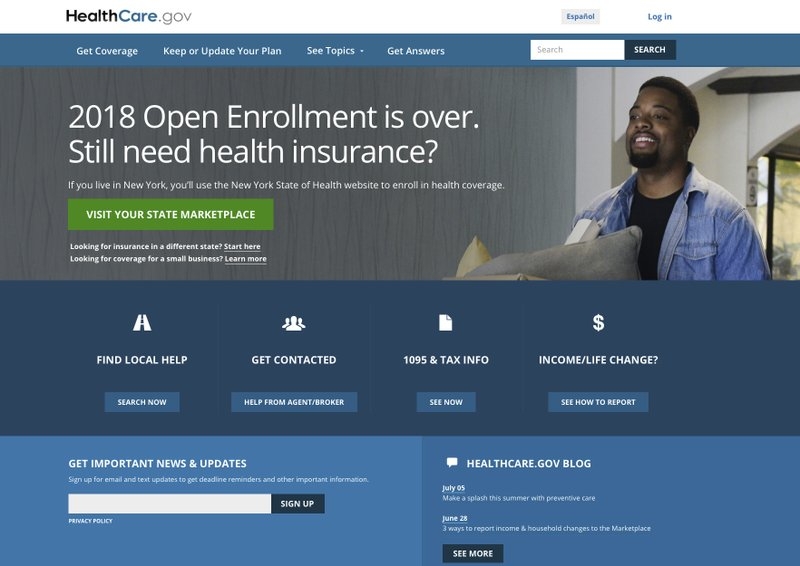 WASHINGTON (AP) — Scrap “Obamacare”? Well, maybe not all of it.

The Trump administration is arguing in court that the entire Affordable Care Act should be struck down as unconstitutional. But at the same time, Justice Department lawyers recently suggested that federal judges could salvage its anti-fraud provisions, raising questions about keeping other parts as well.

Serving up more mixed messages, President Donald Trump last week floated to a Democratic lawmaker that he’d like to revive her legislation shoring up the health law’s insurance markets. “I was kind of stunned, but I said, look, I am willing to work with anyone,” recalled the lawmaker, Sen. Patty Murray of Washington.

Following questions from The Associated Press, the White House released a statement: “Obamacare remains unconstitutional but people deserve relief from all of its empty promises, so the Trump Administration is working within current law to reduce fraud and lower cost for all Americans.”

But analyst Timothy Jost says the administration may be undercutting its own legal argument that the 9-year-old statute, President Barack Obama’s health care law, is so flawed it must be overturned entirely.

“Somehow they want their cake and to eat it, too,” said Jost, a retired law professor who supports the health law’s goal of expanding coverage. He called the Justice Department’s latest filing with the 5th U.S. Circuit Court of Appeals a “mashed together combination” seemingly written by different administration factions, one seeking a total rollback and the other anxious to preserve useful provisions.

Case in point: Drawing on language used by conservative Supreme Court justices, administration lawyers likened various health law provisions to “ornaments” that must come down if a Christmas tree falls. But they also suggested the courts might want to keep the ACA’s anti-fraud provisions, which have made it easier for prosecutors to win Medicare cases involving kickbacks, increased screening of providers who bill public programs, and made other significant changes.

The New Orleans-based appeals court is hearing the lawsuit after a lower court judge sided with the plaintiffs — Texas and other GOP-led states. The district judge ruled the entire law unconstitutional because Congress repealed its unpopular fines for being uninsured. Democratic states appealed, saying that’s a stretch.

Originally, the Trump administration had argued that only certain provisions — like protections with people with preexisting medical conditions — should be invalidated. Then, following a White House directive, the Justice Department said the whole law must go. Now the administration seems to be further hedging its position.

“The relief awarded should be limited only to those provisions that actually injure the individual plaintiffs,” the Justice Department wrote last week in its brief. “For example, the ACA amended several criminal statutes used to prosecute individuals who defraud our health care system.” A judge can “determine the precise scope of the judgment” later, added the administration.

There’s no conceivable reason to do away with the health law’s anti-fraud provisions, said Joan Krause, a health care fraud expert who teaches at the University of North Carolina law school in Chapel Hill.

“It would get more complicated, and more effort would be required for the government to put together a case,” she said. “And it opens a huge door for defendants.”

Similar arguments can be made for other parts of the health law, said Jost. That includes a Medicare innovation center the Trump administration is using to drive changes in drug prices, Medicaid expansion that’s helping AIDS patients and people caught up in the opioid epidemic, and a regulatory framework for lower-priced versions of advanced biologic drugs.

“These provisions are essential for Trump administration initiatives,” said Jost. But the Justice Department “seems to argue that these provisions, along with the rest of the ACA, should somehow be invalidated, but not prevented from operating.”

For a brief time last week, even Trump himself seemed to be having second thoughts about Obamacare. During a White House meeting with Democratic leaders on a potential infrastructure deal, he pitched the idea of reviving bipartisan legislation that would help stabilize the ACA’s insurance markets. HealthCare.gov could be wiped away if the administration prevails in the court case.

Trump “just threw out there that he didn’t understand why our bill got sidetracked,” said Murray, a Democratic senator from Washington state and co-author of a proposal that went nowhere last year after the White House balked.

“His intent was, ‘Why can’t we get this done?’” added Murray.

For a few hours, health care staffers on Capitol Hill wondered if a new opening was in the works. Then a prominent Republican senator released a statement that essentially shut down the speculation.

Reflecting on her experience, Murray said, “it was very incoherent.”