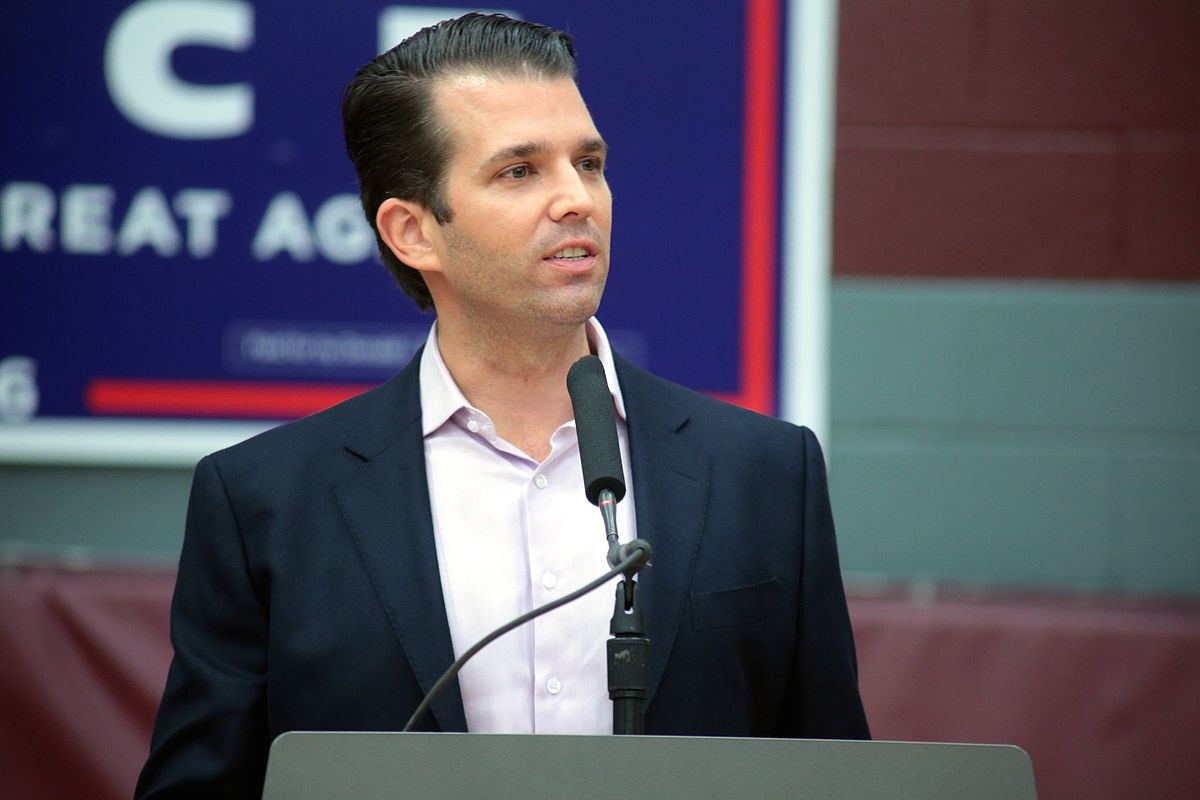 WASHINGTON (AP) — Republicans lashed out Thursday at fellow GOP Sen. Richard Burr for his committee’s subpoena of President Donald Trump’s son, a move that suggested the Russia investigation is not “case closed,” as some in the party insist. Trump said he was “very surprised” at the move.

The revolt by some against the Senate intelligence committee chairman comes after The Associated Press and other news outlets reported it had called in Donald Trump Jr. to answer questions about his 2017 testimony as part of its probe into Russian election interference. The issue of re-calling Trump’s son laid bare the conflict inside the president’s party over whether probes involving Russian election meddling are still merited.

It’s the first known subpoena of a member of Trump’s immediate family and a new sign that the Senate panel is continuing with its own two-year-long investigation, even after the release of special counsel Robert Mueller’s report and Republican Senate Majority Leader Mitch McConnell’s call from the Senate floor on Tuesday to move on.

A source familiar with the committee’s deliberations said the subpoena went out “weeks ago” and all committee members were aware of it. The person, who requested anonymity to discuss the internal negotiations, said members had been regularly briefed on communications with Trump Jr.

Burr wouldn’t comment on the subpoena or the backlash Thursday. But at a Republican policy lunch, he walked through the timeline of events that led to the committee’s decision, according to a person familiar with his comments who requested anonymity to discuss the private meeting. McConnell then stood up and defended him, saying he trusts Burr, according to the person.

The subpoena appeared to catch the president and many of his allies by surprise. Trump said as much, adding that “my son is a very good person.” Trump Jr., the president said, had already testified for a “massive” amount of time.

Chief of staff Mick Mulvaney said Thursday he was not given a heads-up. But Trump’s advisers had not yet decided if he would publicly attack Burr, according to two Republicans close to the White House not authorized to speak publicly about private discussions.

The subpoena highlights a delicate bind facing Burr, a third-term senator who is not expected to run for re-election when his term is up in 2022. He has been adamant that the panel’s Russia probe be bipartisan and fair and has worked closely with the panel’s top Democrat, Virginia Sen. Mark Warner.

The blowback against him inside the Senate was especially fierce from Republicans up for re-election in 2020, including Tillis and Sen. John Cornyn, R-Texas, who said he understands the younger Trump’s “frustration.”

“I think we have an important job to do to try to keep the intelligence committee out of politics,” he added. Cornyn, who is on the intelligence panel, later said he has confidence in Burr.

Other Republicans joined in. Kentucky Sen. Rand Paul tweeted that Burr “didn’t get the memo” that the Mueller case was closed. Texas Sen. Ted Cruz tweeted: “There’s no need for another subpoena for @DonaldJTrumpJr. It’s time to move on & focus on issues Americans care about.”

Criticism also came from the top Republican in the House.

But Florida Sen. Marco Rubio, a Republican member of the panel, said he thinks the criticism of Burr is “a fundamental misunderstanding of what the Senate intelligence committee is about,” which is congressional oversight and not prosecution.

The suggestion that Burr is failing to properly lead the committee is the first real sign of any dissention among its members, who have worked together quietly since the panel’s Russia investigation began in early 2017. Burr and Warner have often won praise from the panel’s members, and also from McConnell, throughout the probe.

McConnell said in his Tuesday speech that it was “case closed” on the Mueller probe, but his office noted that he didn’t go so far as to say the intelligence panel’s work was done. McConnell’s speech noted the importance of the committee’s “upcoming report.”

Mueller did not find evidence that Trump conspired with the Russians to meddle in the 2016 campaign, but did not make a recommendation on whether he obstructed justice.

Burr’s committee had renewed interest in talking to Trump Jr. after Trump’s former lawyer, Michael Cohen, testified earlier this year. Cohen told a House committee in February that he had briefed Trump Jr. approximately 10 times about a plan to build a Trump Tower in Moscow before the presidential election. Trump Jr. told the Senate Judiciary Committee in a separate interview in 2017 he was only “peripherally aware” of the proposal.

The panel is also interested in talking to him about other topics, including a campaign meeting in Trump Tower with a Russian lawyer.

Burr was named in Mueller’s report as having possibly shared information with the White House after a confidential FBI briefing in 2017. But the senator has since denied that he brought that information to the White House. He says he was talking about his own committee’s investigation.