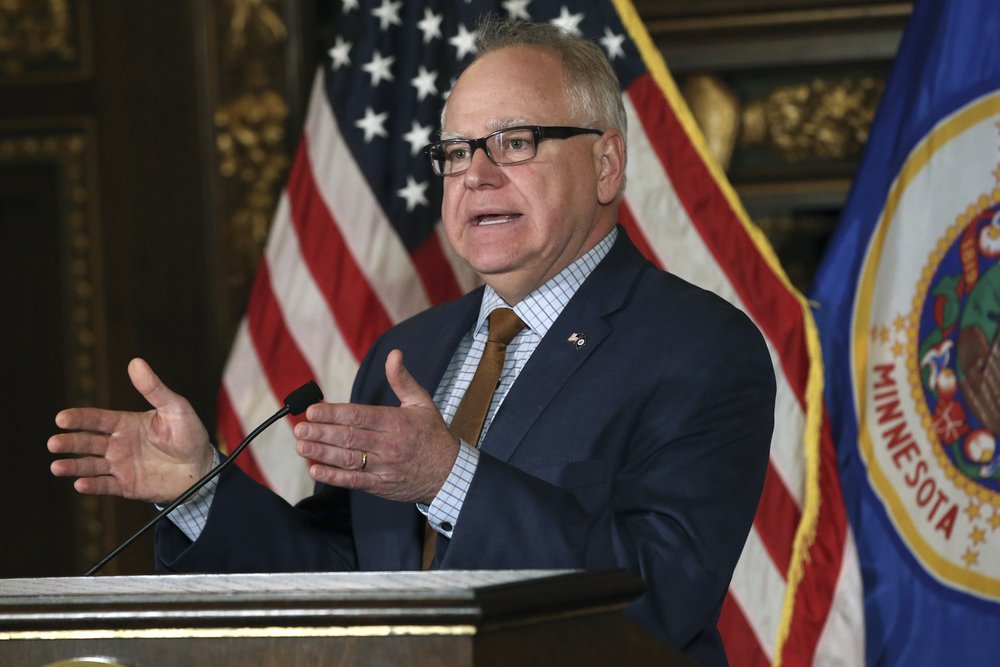 ST. PAUL, Minn. (AP) — Hopeful talk about bipartisan cooperation at the Minnesota Legislature hit the brick wall of reality when Democratic Gov. Tim Walz and leaders for House Democrats and Senate Republicans broke off budget negotiations, leaving the two sides blaming each other Tuesday for the lack of agreement on spending and taxes.

The two sides were about $2 billion apart when talks resumed Monday, but the negotiations ended acrimoniously late in the night and they missed a self-imposed deadline for setting overall budget targets to guide negotiations before the May 20 adjournment deadline. That left conference committees to plod along on major spending bills without the caps.

Democratic House Speaker Melissa Hortman told reporters Tuesday that that the atmosphere “began to degrade around 10:30, which is why I thought it was time to stop talking for the evening.”

Democrats said Walz offered to cut $200 million in spending from his original budget proposals, and House Democrats said they were willing to cut $664 million from their own and accept the governor’s figure if Senate Republicans would meet them halfway and come up $332 million.

Senate Republicans wouldn’t raise their offer, but did offer to shift money around within their budget proposal to spend more on education and less on health and human services.

“The Senate Republican budget means substantial, horrible cuts in health and human services,” Hortman said. “It means massive layoffs in school districts all around the state. And so coming forward with zero change in their net position was just extremely disappointing.”

Republican Senate Majority Leader Paul Gazelka countered by blaming Walz and Hortman for refusing “to drop even one cent” of their proposed increases in gasoline and other taxes, which would add up to $12 billion over the next four years.

“We asked Gov. Walz and House Democrats to recognize that Health and Human Services is the fastest-growing and most expensive part of our budget, and to join us in an effort to bend the cost curve down in this area,” he said. “Every dollar of permanent savings found could be allocated to Gov. Walz’s top priority, E-12 Education.”

Hortman responded to Gazelka’s statement with an expletive, noting the Democrats’ offers to come down on spending.

Walz stuck Tuesday to his proposals for education, transportation and health care, which include a 20-cent increase in the state’s gas tax to pay for roads and bridges. He also wants to preserve a 2% tax on health care providers to pay for health programs, which Republicans want to let expire as scheduled at year’s end.

The governor said in an interview on Minnesota Public Radio that his budget was based on what the state needs to spend to maintain quality education and other programs at a time when the state’s population is growing, and that he’d like to see some reciprocity from Republicans.