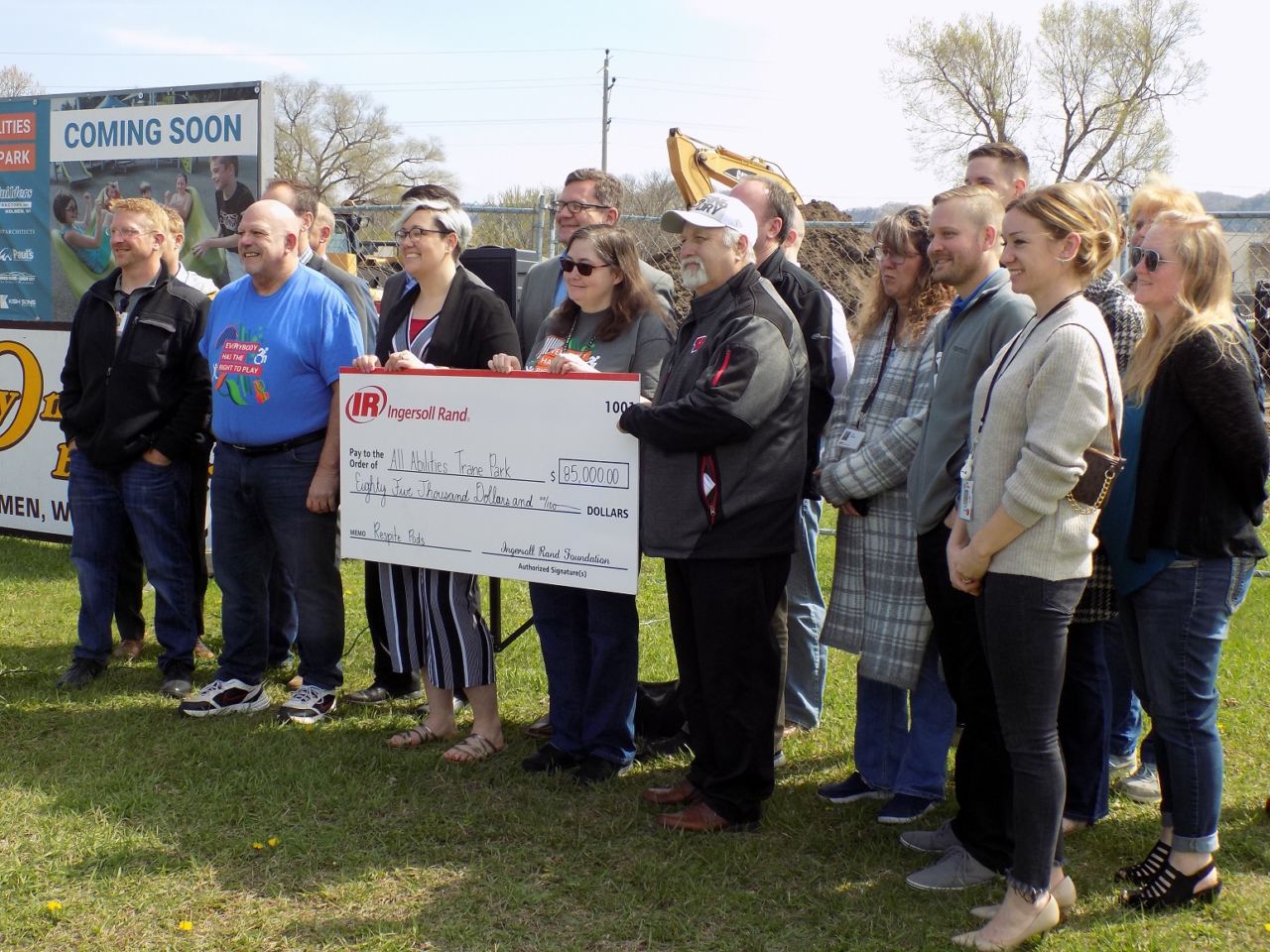 The corporation that owns the Trane Company has put substantial money behind a project with the Trane name on it.

The Ingersoll Rand Foundation donated $85,000 Friday to development of an All-Abilities playground at Trane Park on La Crosse’s far south side.

Former city councilman Fran Formanek, one leader of the playground project said the facility for people of different abilities is “not a want, but a need.”

The donation is said to mark the first time Ingersoll Rand is donating money for a physical structure, instead of for an activity.

Ground was broken for the inclusive playground project back in October, and an old shelter at Trane Park is being remodeled now.

The new donation will pay for “respite pods” in the park, where visitors can rest while not using the playground equipment.