A daunting task begins: Reducing lobster gear to save whales 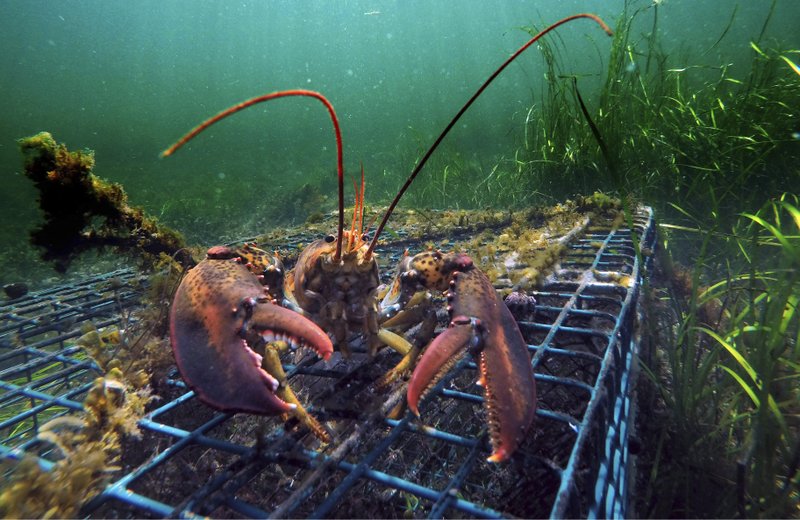 PORTLAND, Maine (AP) — Fishing managers on the East Coast began the daunting process Monday of implementing new restrictions on lobster fishing that are designed to protect a vanishing species of whale.

A team organized by the federal government recommended last week that the number of vertical trap lines in the water be reduced by about half. The lines have entrapped and drowned the North Atlantic right whale, which number a little more than 400 and have declined by dozens this decade.

The interstate Atlantic States Marine Fisheries Commission met Monday outside Washington to discuss the implementation of the new rules, which are designed to reduce serious injuries and deaths among whales by 60 percent.

The rules will be developed in the coming months and could have a huge effect on the lucrative fishery. Some individual lobstermen place several miles of trap lines in the water, meaning hundreds of miles will have to be removed in total to meet the goal.

“States are committed to taking on the reductions,” said Toni Kerns, interstate fisheries management program director for the commission, after the meeting. “This is a very complex issue, and it will be challenging, but they will find a way to make it work.”

Exactly how long it will take to implement the new rules is unclear at the moment, Kerns said. It also remains to be seen whether the commission or states will take the lead in implementing the rules, she said.

Colleen Coogan, who coordinates the federal government team designed to protect the whales, said during the meeting that cooperating with Canadian authorities is also going to be very important. Canadian fishermen harvest the same species of lobster, and the endangered whales also swim in Canadian waters.

“We’ve set a pretty high bar,” Coogan said. “They’re going to have to show that their measures provide similar protections to right whales.”

The Atlantic States commission voted Monday in favor of letting lobster fishermen off Maine, Massachusetts and New Hampshire know that rule changes are on the way.

The effects of the rule changes are likely to be felt most heavily in Maine, which typically accounts for four-fifths of the total U.S. lobster catch. The Maine fishery brought nearly 120 million pounds of lobsters to shore last year, and lobsters are an important part of the state’s tourism and economy.