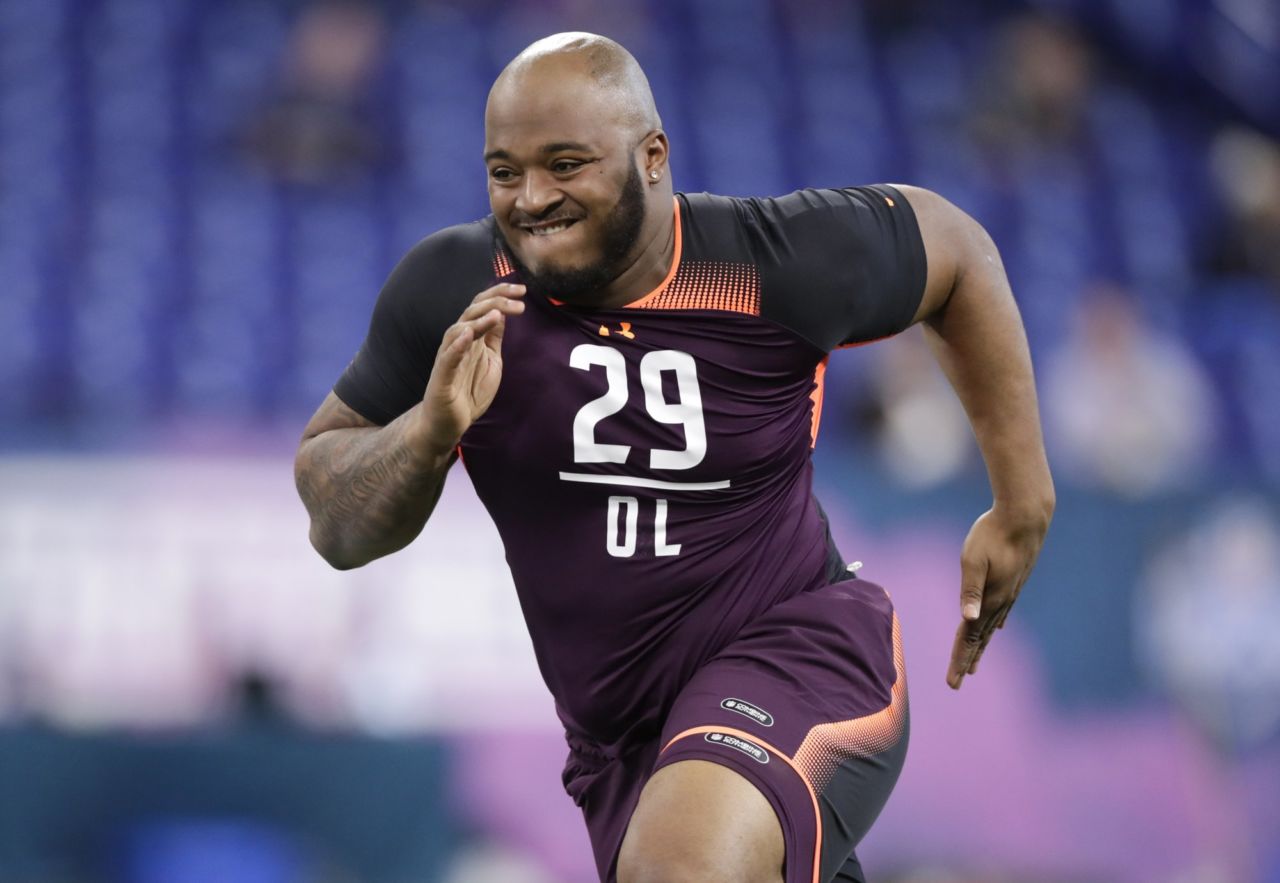 The Packers took Sternberger with their third-round pick (No. 75 overall) Friday night after spending their two first-round picks on defense and adding Mississippi State offensive lineman Elgton Jenkins in the second round.

″(Sternberger) was the best player on our board, so that’s the way we went,” general manager Brian Gutekunst replied when asked whether the Packers went into the draft wanting to get a tight end early. “We thought it would be nice to add a tight end; we thought it was a pretty decent class this year. But it wasn’t something that I felt like we had to add in this draft. I like the guys we’ve got in the room already. I think Jace will be a nice addition to that.”

The 6-foot-4, 251-pound Sternberger, who’ll turn 23 in June, was late to develop in college, starting his career at Kansas before leaving the Jayhawks after and landing at a junior college before moving on to Texas A&M, where he caught 48 passes for 832 yards (17.3 yards per catch) and 10 touchdowns.

“If you were to tell me that Aaron Rodgers would be my quarterback in about four years,” Sternberger said, “I would have laughed at you and called you a liar.”

Sternberger was the sixth tight end taken, but Packers co-director of player personnel Jon-Eric Sullivan made it clear that the Packers were high on him and that they didn’t rank Sternberger far lower than Iowa tight ends T.J. Hockenson and Noah Fant, both of whom went in the first round.

“We felt like he was comparable with the better tight ends in this class,” Sullivan said.

Sternberger joins a tight end room with two veterans – Jimmy Graham and Marcedes Lewis – at the forefront, and while he’ll have a chance to play, the Packers don’t see the need to rush him onto the field.

“I don’t think there’s pressure for him to come in here and be Superman,” Sullivan said. “But we definitely think he has the skill set to do that if needed.”

The earlier pick (No. 44 overall) was used on Jenkins, who started Mississippi State’s last 26 games at center over the past two seasons but played all five spots on the offensive line during his career. He is expected to start at guard in Green Bay.

The Packers were in the market for offensive line help, and they have an immediate opening in the starting lineup at right guard. Veteran right tackle Bryan Bulaga is also entering the final year of his contract, but Packers college scout Charles Walls said the team picked Jenkins as a guard.

“We took him as a guard, but you watch the tape, you feel comfortable putting him anywhere you need him to be,” Packers college scout Charles Walls said. “Definitely a light bulb goes off when a guy with that much value, that much versatility falls to you.”

The 6-foot-4, 310-pound Jenkins, who turns 24 in December, grew up in Clarksdale, Mississippi, and was a three-star recruit coming out of high school. He redshirted his first year at Mississippi State, then played in eight games in his first two active seasons — six at left tackle and two at left guard. He moved to center as a junior in 2017 and started every one of the Bulldogs’ games there after that.

On Thursday, the Packers selected pass rush specialist Rashan Gary from Michigan (No. 12 overall) and speedy safety Darnell Savage from Maryland (No 21).

“There’s times you look up and say, ‘Wow, we really need to do this or we really need to do that.’ There’s other times, you’re like, ‘Let’s try to get better here. Let’s try to get better there,’” Gutekunst said. “I think you have to be careful of just trying to check boxes because you may end up missing on a player that can really, really help your team. … And really for my position, I think you’ve got to look two to three years out and try to keep this team competitive every single year.”