Cain robs another one, as Brewers end streak against Cy Young winner, deGrom 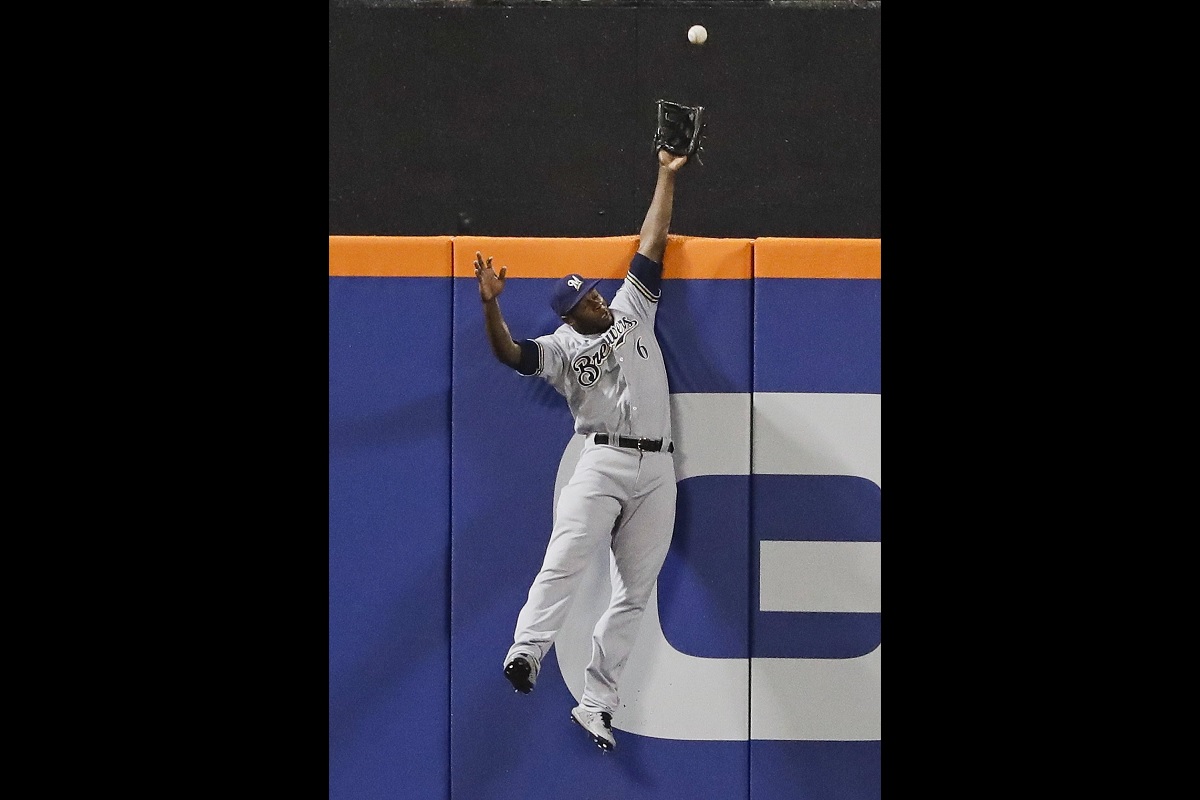 Milwaukee had lost seven of eight, but it roughed up a shaky deGrom after the start of the game was delayed for 2 hours, 42 minutes due to rain. Eric Thames hit a two-run double during the Brewers’ five-run third, and Orlando Arcia added a two-run single.

DeGrom (2-3) walked three and hit two batters over four innings in his first start since April 14. The reigning NL Cy Young Award winner was placed on the 10-day injured list after he reported soreness in his throwing elbow last week, but had an MRI on Monday that did not show any problems.

The right-hander struck out seven on a damp, chilly night at Citi Field. He has a 9.69 ERA in his last three starts.

The Brewers had homered in a season-high 10 straight games, but they won without a long ball in the opener of a three-game set against the Mets.

Matt Albers (2-1) retired each of his four batters in relief of Brewers right-hander Chase Anderson, who was charged with two runs in 4 2/3 innings.

Anderson got some help from Cain, who reached over the wall in center to grab Frazier’s two-out drive in the second. Cain wagged his index finger as he trotted toward Milwaukee dugout after the play.

Ryan Braun also helped out with a diving catch on Robinson Cano’s liner to left in the third, stranding two.

Brewers: INF Mike Moustakas (fractured right ring fingertip) had two hits and drove in two runs in his return to the lineup. It was his first game since last Saturday. … RHP Freddy Peralta (right shoulder irritation) threw a problem-free bullpen session on Wednesday in St. Louis and is scheduled to begin a rehab assignment with Double-A Biloxi on Saturday. … RHP Jimmy Nelson (right shoulder surgery) also will begin a rehab assignment this weekend, starting for Triple-A San Antonio on Sunday. … RHP Junior Guerra (bereavement list) will rejoin the club Saturday.

Mets: 2B Jed Lowrie (sprained capsule in left knee) is playing in extended spring training games and getting up to eight at-bats per day, according to manager Mickey Callaway. … LF Yoenis Cespedes (left and right heel surgeries) continues to work with a physical therapist. The slugger is also hitting off a tee as well as in the batting cage.