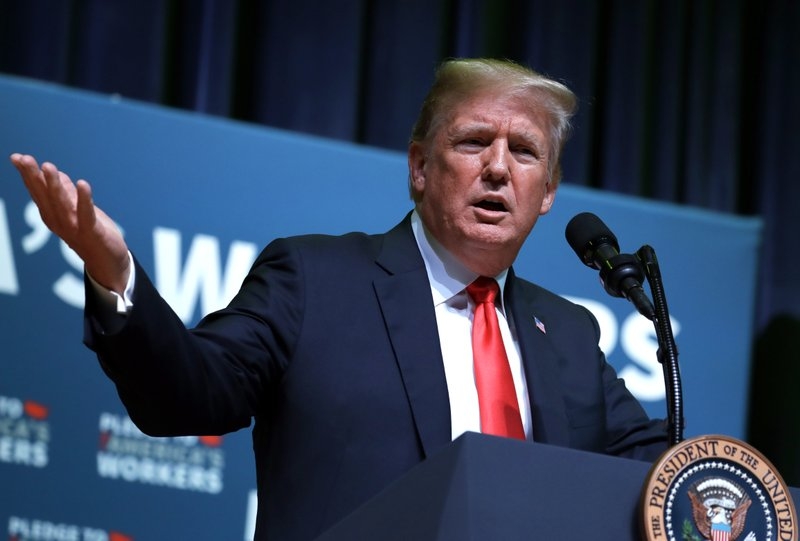 The emails showed how the president’s oldest son had accepted a meeting with a Russian lawyer with the promise of receiving dirt on his father’s opponent, Hillary Clinton. Not only that, he’d been told the dirt was part of the Russian government’s ongoing support for his father.

When Kushner tried to bring the documents to Trump’s attention, on June 22, 2017, his father-in-law didn’t want to discuss them, and shut the conversation down, Hicks said.

But she looked them over on her own the next week, and went to see the president. She warned him that when a story about these messages broke, it would be “massive.”

The June 9, 2016, meeting had been brief and, by the accounts of participants on both sides, fairly uneventful — even boring. It brought together an unlikely cast of characters, including a gregarious music promoter, a Russian-American lobbyist with a background in Soviet military counterintelligence and a Russian lawyer with links to the Kremlin.

The gathering was initiated by Emin Agalarov, a pop star in Russia whose real estate developer father Aras had worked with Trump on a Miss Universe pageant in Moscow in 2013.

“The Crown prosecutor of Russia” had met with Aras Agalarov and was offering documents that would incriminate Clinton and her dealings with Russia. This was part of efforts by Russia and its government to help his father, Goldstone wrote.

Minutes later, Trump Jr. memorably responded: “Seems we have some time and if it’s what you say I love it especially later in the summer.”

The meeting occurred as scheduled, though it is disputed who knew what in advance. Trump’s deputy campaign chairman, Rick Gates, said Trump Jr. had told other campaign officials that he had a lead on negative information, originating from a group in Kyrgyzstan, on the Clinton Foundation. But others said they had no memory of Trump being told in advance about the meeting. Trump said in written answers supplied to Mueller’s office that he had no recollection that he knew about it ahead of time.

At the center of the meeting was the lawyer thought to be delivering dirt on Clinton — Natalia Veselnitskaya, a former prosecutor who’d aggressively lobbied against a U.S. law known as the Magnitsky Act that imposed sanctions on Russian officials. Russia had retaliated by banning U.S. adoptions of its children.

At the meeting, Veselnitskaya raised allegations that Clinton and the Democratic National Committee benefited from dirty Russian money. The conversation pivoted to sanctions and adoptions.

The Trump campaign representatives were not impressed. An impatient Trump Jr. insisted there was nothing his father, a private citizen, could do about sanctions. Kushner texted “waste of time” to Manafort, and asked his assistants to give him an excuse to leave.

That was that — at least until a year later, when emails about the meeting were discovered as Trump associates complied with congressional requests for documents relating to contacts with Russians during the 2016 campaign.

Trump was attending the G20 summit in Germany in July when he learned The New York Times was preparing a story about the meeting.

He told Hicks — who’d earlier advised making the emails public to get ahead of negative publicity — not to comment. It was an unusual reaction, she said, for a loquacious president who considered not responding to the media to be the “ultimate sin,” according to Mueller’s report.

When he asked her later that day what the meeting was about, she said she’d been told the purpose was to discuss Russian adoptions. “Then just say that,” he insisted.

As they flew home, she presented Trump with a draft statement on his son’s behalf that said simply he’d been asked by someone he knew from the Miss Universe pageant to meet someone who might have information helpful to the campaign.

Too much information, Trump told her. Just say the meeting was brief and about adoption.

Hicks wasn’t so sure, and neither was Trump Jr. He insisted that the statement be amended to say they’d “primarily” discussed adoptions. After all, he conceded to Hicks, the meeting had opened with “some Hillary thing.” It wasn’t entirely about adoptions.

Hicks agreed, but “boss man worried it involves a lot of questions,” according to text messages reviewed by Mueller’s team.

Trump Jr. stood firm: “If I don’t have it in there it appears as though I’m lying later when they inevitably leak something.”

The statement that was ultimately produced did include the word “primarily,” leaving open the possibility other topics were discussed.

But, importantly, there was no mention of Hillary Clinton, nothing about the dangled promise of dirt, no hint that the president’s son had embraced aid he was told was coming from Russia.

As the story unspooled for days, the Trump team fumbled the response. One of the president’s personal lawyers asserted incorrectly that Trump had had no role in the statement, only to admit months later that he had personally dictated “a short but accurate response.” Three days after the meeting was disclosed, Trump Jr. published his own emails on Twitter to pre-empt their disclosure by the Times.

As Trump Jr. did his own form of damage control, he tweeted after news of the meeting surfaced that he just “had to listen” to the lawyer’s information and told Sean Hannity of Fox News that he considered it ordinary “opposition research.”

“In retrospect,” he said on Fox, “I probably would have done things a little differently.”