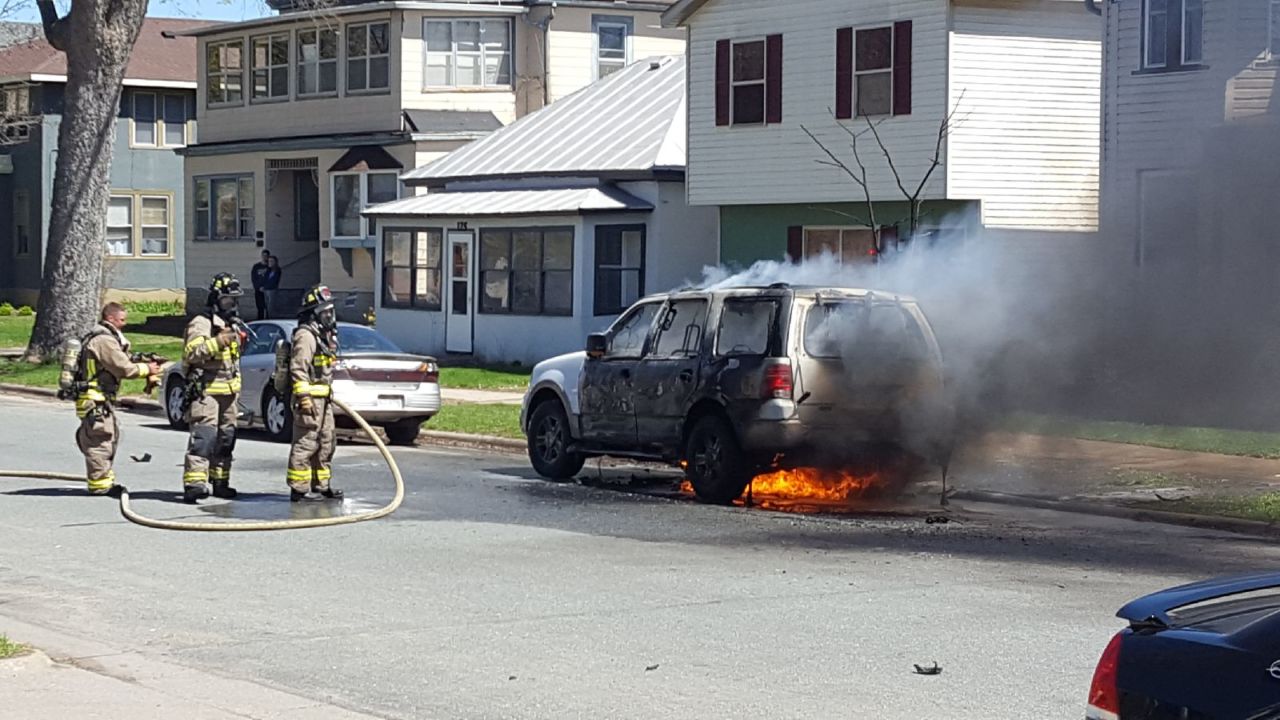 Shane Trussoni said it was one of the most difficult car fires he’s had to put out in his 10 years.

When he and those with the La Crosse Fire Department showed up Friday afternoon, an SUV on 9th Street near the La Crosse Library was “fully engulfed,” he said, after those in the car first noticed it smoking.

Investigators are still trying to determine the cause of the fire.

“There was a couple little explosions,” Trussoni said, noting it’s not quite like the movies. “Smaller ones but enough to scare ya.”

Along with the fire being so hot, it would reignite, Trossoni said they also had a lot of trouble with leaking gas.

“Fuel was on fire, started running down the street,” Trossoni said, adding they were worried about it running to a vehicle close by.

Trussoni said they used three fire extinguishers to put it out and began attacking it from about 10 feet away, trying to spray into the car windows.