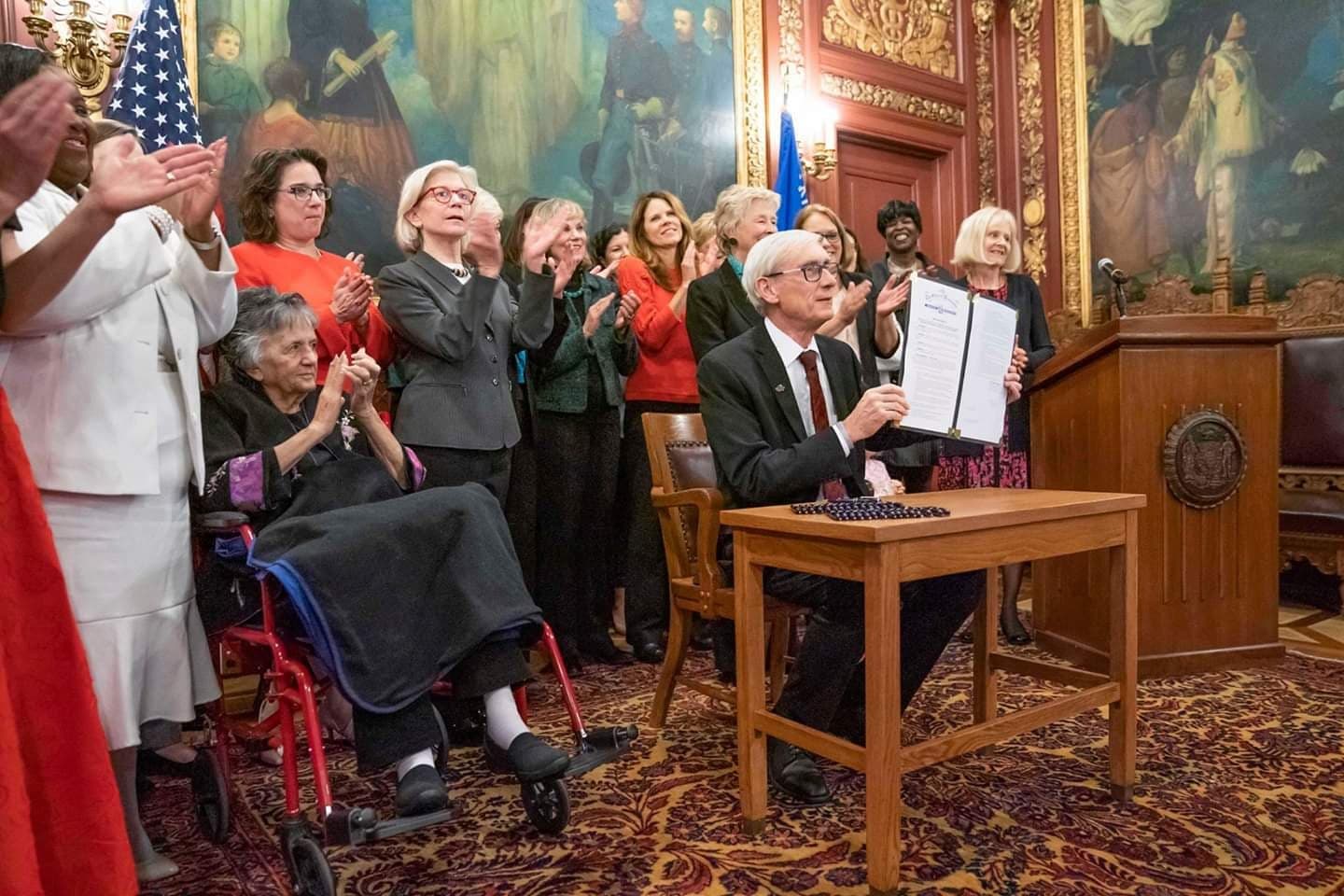 Wisconsin Gov. Tony Evers is surrounded by some of the most powerful women in state government after he signs a proclamation recognizing the 100th anniversary of Wisconsin being the first state to ratify the 19th Amendment which gave women the right to vote on Thursday, April 11, 2019. Those with Evers included Wisconsin Supreme Court Chief Justice Pat Roggensack, Justice Shirley Abrahamson and numbers state lawmakers. (PHOTO: Tony Evers FB)

MADISON, Wis. (AP) — Some of the most powerful women in Wisconsin state government are coming together to celebrate the 100th anniversary of the state’s ratification of the 19th Amendment.

Wisconsin was the first state in the country to ratify the amendment, which gave women the right to vote. The state approved it in June 1919 and the 36th state ratified it more than a year later making it law.