"Judge will hear some of this," La Crosse DA says, after mother posts how choir director sexually assaulted 14-year-old daughter 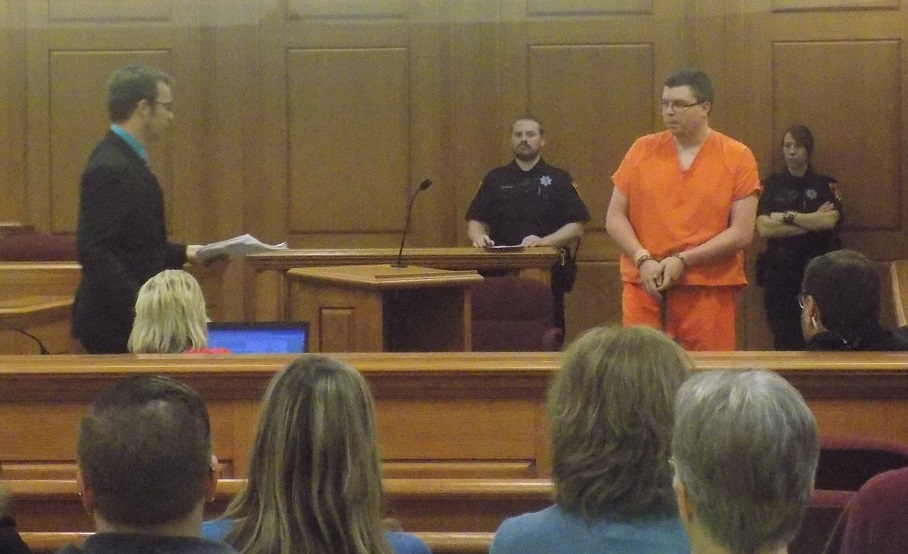 FILE PHOTO: Dustin Bagstad in court back in December of 2017.

A Facebook post from a woman, who claims to be the mother of one of the girls sexually assaulted by a former La Crosse School District show choir director, has asked for the public’s help.

She wants people to email the DA to tell the judge to make an example of Dustin Bagstad.

The 34-year-old former choir director will be sentenced Monday on five of 19 counts of second-degree sexual assault of a child. He could get 40 years and $100,000 in fines for each count.

WIZM made Gruenke aware of the Facebook post yesterday. Before that, he was wondering why he was getting so many emails about the Bagstad case

“I’ve skimmed almost all of them,” Gruenke said. “I’ve read some of them closer because they had something a little more definitive about them.

“So, yes, some of them have been very helpful and I’ve responded, and others have been, just kind of saying the same sentiments.”

“Dustin Bagstad convinced my 14 year old that she was his true love … He convinced her that it was ok to have sex, for him to abuse his position of power over her as a director of the thing she loves most, show choir. He used this power against her, he manipulated her into this position where she was terrified of saying no, terrified of someone finding out, terrified of the thing she loves most being taken away. She’s not his first victim, she wasn’t his last. He was grooming other girls after she found the strength to tell him no. She tried to protect those other girls and confronted him. She told him that if he did this to anyone else that she would go to the police. Once she saw that he wasn’t going to be swayed by her, she turned him in. That took more courage than anything I’ve ever done in my life.”

It begins by asking the public to write to the sentencing judge, by emailing Gruenke, who says he will pass pertinent information along.

“The judge will hear some of this,” Gruenke said, having received about 20 emails as of 3:30 p.m. Monday — 24 hours after the mother posted on Facebook. “In any sentencing hearing, judges will hear any information that’s relevant.

“So, again, there might be cases where people in the community have information beyond the court case about the person — either the victim or the defendant or how it affected the community — and judges will hear that.”

Whether the emails will change any of the outcome to the case, Gruenke couldn’t say.

He did add there were a couple specifics, “I wanted to follow up on to clarify, so emailed some people back just to let them know I got the email and if they could share a little bit more of what they were talking about because it wasn’t clear,” he said.

Among the original accusations, the complaint said Bagstad exchanged nude photos and had sex with two students between 2010 and 2017.

He resigned as show choir co-director on Dec. 10, 2017. The students were from Logan and Central high schools. They were 14 and 15 years old.

Gruenke says the social media campaign is unique to this case — as this case is unique — but he has dealt with public outcry before.

“Some of the cases that get the most traffic are animal abuse cases,” Gruenke said. “They tend to tap into a national network that will flood our office with emails and letters and phone calls.