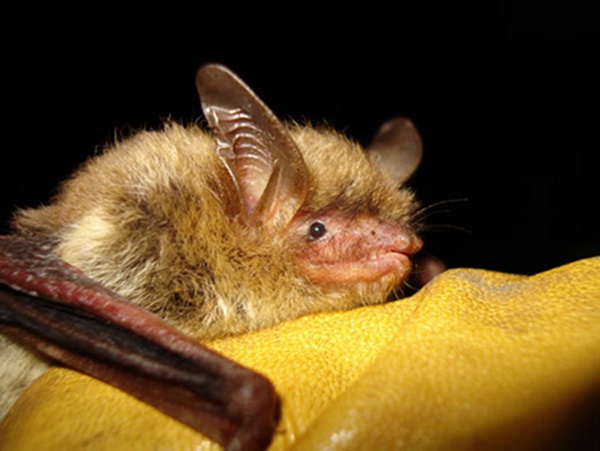 ST. PAUL, Minn. (AP) — Half of Minnesota’s bat species are nearing extinction because of a potentially fatal fungal disease.

The Minnesota Department of Natural Resources found that the disease called white nose syndrome has killed between 90 to 94 percent of bats that hibernate in state-monitored caves and abandoned mines, according to survey data released Thursday.

The fungus produces a white, powdery substance and is known to only harm hibernating bats. Minnesota has four bat species that hibernate and four that migrate south for the winter.

Some researchers are concerned the hibernating bats will be completely wiped out in Minnesota within the next few years, said department mammalogist Gerda Nordquist. Others are hopeful that a handful will find ways to survive.

“They slow their heart rate, drop their body temperature and basically shut off their immune system,” during hibernation, Nordquist said. “That’s what gives the advantage to the fungus.”

The fungus can sprout on bats’ wings or across their faces, which causes them to periodically wake up during hibernation to groom. The amount of energy spent on doing so can cause starvation.

The fungus was first identified in Minnesota in 2013 at the Soudan Underground Mine State Park, but has since spread to other caves in the state. In some eastern states where the disease was found more than a decade ago, some bats have lived through multiple winters with the fungus.

Scientists are unsure if the bats are resistant to the fungus or have spared enough energy to fight off the disease. But they’re concerned that the dramatic decline could set off a troubling chain reaction.

Bats help reduce mosquitoes and some agricultural crop pests, such as moths. More moths in the environment could increase pesticide use, which could further harm pollinators.

Researchers have been looking for solutions to slow the spread of the fungus and to treat bats exposed to it. But no effective treatment has been identified for bats in the wild, Nordquist said.

She said humans can help by leaving bats alone in the spring to recover and by building havens where bats can heal.