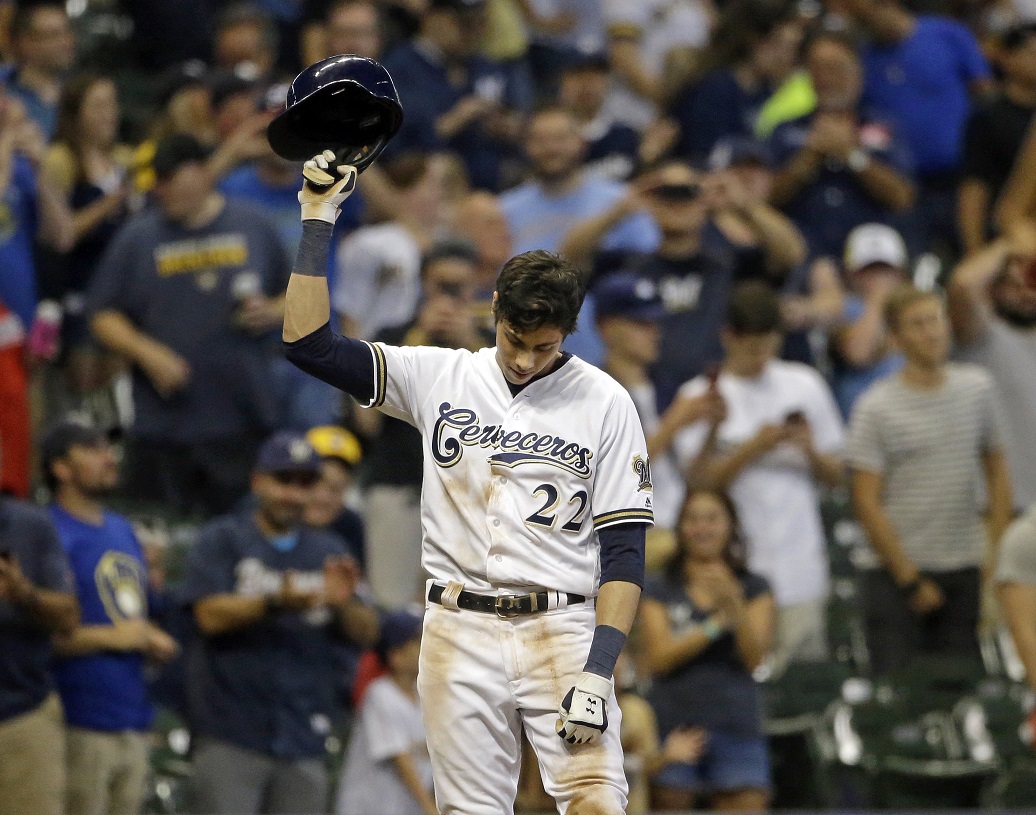 Matt Carpenter and the St. Louis Cardinals are well aware of what happened last year.

Christian Yelich and the Milwaukee Brewers are home for the first time since one memorable October.

Nothing like a tough test on the very first day of class.

Carpenter, newcomer Paul Goldschmidt and the Cardinals visit Yelich and the Brewers on Thursday for opening day. It’s not exactly a leisurely stroll into the season for a pair of teams with championship aspirations.

“I think everybody’s zoned in on the season and they’re ready to start games, start playing meaningful games,” Brewers pitcher Zach Davies said, “and just get back to our normal routine.”

Miles Mikolas and Jhoulys Chacin face off in a matchup of unique pitchers coming off breakthrough performances.

The 30-year-old Mikolas joined St. Louis in December 2017 after spending three seasons with the Yomiuri Giants in Japan’s Central League. The right-hander became the ace of the Cardinals in his first year with the club, going 18-4 with a 2.83 ERA.

He was rewarded this spring, agreeing to a new contract that raises his pay to $75.5 million over the next five seasons.

“A year ago, saying Miles would be our opening-day starter this year would have been a shock to everyone,” general manager Mike Girsch said. “He pitched amazing last year.”

Chacin went 15-8 with a 3.50 ERA in a career-high 35 starts last season, helping Milwaukee run down the Chicago Cubs for the NL Central title and make it all the way to the NL Championship Series. The 31-year-old righty had a 2-1 record with a sparkling 1.46 ERA in three playoff starts last October.

“He’s earned this,” manager Craig Counsell said. “I’m excited for him to take the ball. Everything last year, every time we made the game bigger, he did great.”

The last time the Brewers and Cardinals saw each other, Milwaukee swept a three-game series in St. Louis as part of its eight straight wins to close last season. The sweep also damaged the Cardinals’ chances for a wild card, and they missed the playoffs for the third straight year for the first time since 1997-1999.

The Brewers are looking for even more after their first playoff appearance since they also were eliminated in the NLCS in 2011. Yelich is back after slugging his way to the NL MVP award last year. Key relievers Jeremy Jeffress and Corey Knebel will begin the season on the injured list, but Josh Hader returns after his dominant performance in 2018.

“The depth is the thing I think a lot of us in here are most excited about, because you know you’re going to needed that depth throughout the course of the season,” outfielder Ryan Braun said. “There’s going to be a lot of good names in the lineup on a nightly basis.”

St. Louis added reliever Andrew Miller in December, signing the lefty to a $25 million, two-year deal. But its biggest move of the winter was a blockbuster trade for Goldschmidt, the All-Star first baseman who hit 33 homers for Arizona last year.

Goldschmidt was scheduled to become a free agent after this season, but he finalized a new contract Saturday that guarantees an additional $130 million from 2020-24. He should help solidify a lineup that also includes Carpenter and Marcell Ozuna.

“We know what we can count on with him,” Cardinals manager Mike Shildt said.

Jay Cohen can be reached at http://www.twitter.com/jcohenap