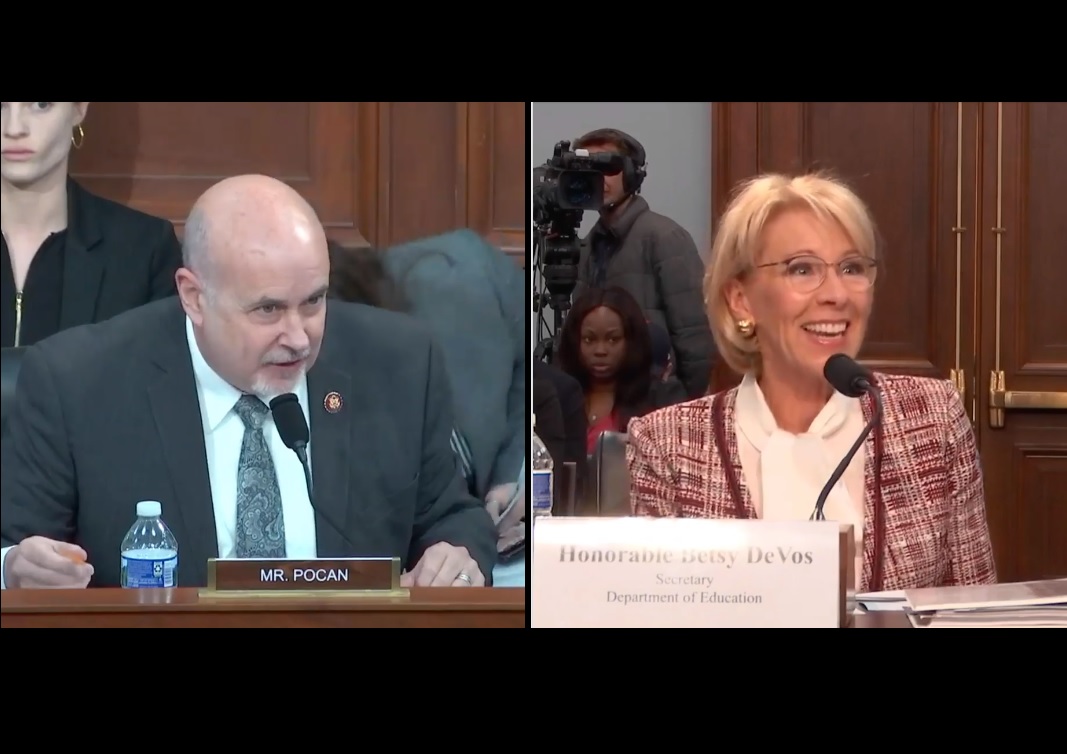 Education Secretary Betsy DeVos made headlines Tuesday defending billions in cuts to programs meant to help students, while pushing for tens of millions for charter schools.

Among those cuts was eliminating $17.6 million to fund the Special Olympics.

DeVos told a U.S. House panel that Special Olympics would be better supported by philanthropy.

U.S. Rep. Mark Pocan did his best to get answers from DeVos, though she didn’t appear to have any for the Wisconsin Democrat (the entire exchange is at the bottom of this story, but here is a clip).

Pocan asked Devos of the Special Olympics: “Do you know how many kids are going to be affected by that cut?”

DeVos answered: “We had to make some difficult decisions with this budget.”

Pocan, who told DeVos he has two nephews with autism, then listed the cuts DeVos plans to make, that included a 26-percent cut to special education grants down to $2.2 million, a $7.5 million cut to the National Technical Institute to the Blind, $13 million in cuts to Gallaudet University and cutting $5 million for a federal program to print books for blind students.

“What is it that we have a problem with of children in special education?” Pocan asked.

After DeVos dodged the question, Pocan asked to address those again. DeVos did not.

Pocan pointed out a recent report by a nonprofit group that concluded the U.S. government has spent as much as $1 billion on charter schools that never opened or they closed because of mismanagement or other reasons.

DeVos is proposing adding $60 million for charter schools funding, as well as creating a tax credit for individual and companies that donate to scholarships for private schools.

While doing that, DeVos’ budget proposal would cut more than $7 billion from the Education Department, about 10 percent of its current budget.

President Trump proposed a $4.7 trillion overall budget this month with an annual deficit expected to run about $1 trillion.