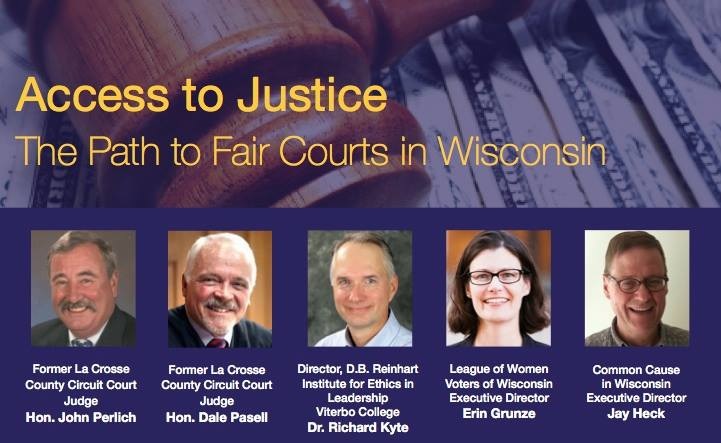 One issue surrounds the need for stronger recusal rules in Wisconsin for judges at all levels, who receive campaign contributions.

Erin Grunze, executive director for the League of Women Voters, will be on WIZM after 5 p.m. tonight to preview the event, which begins at 6:30 p.m. at the UW-L student union theater (map). Here’s the Facebook event page.

Wisconsin has the fourth weakest judicial recusal rules in the U.S.

That allows judges to decide for themselves whether or not to step aside in a case involving a party that gave them a large campaign contribution or spent money on their behalf.

The lack of oversight has led to serious conflicts of interest on the Wisconsin Supreme Court. It can also lead to the erosion of public trust and confidence in the state judiciary system at all levels.

Tonight’s town hall will address what voters can do to bring about fairer courts, and also the importance of engaging in judicial candidates and voting in the Supreme Court elections.