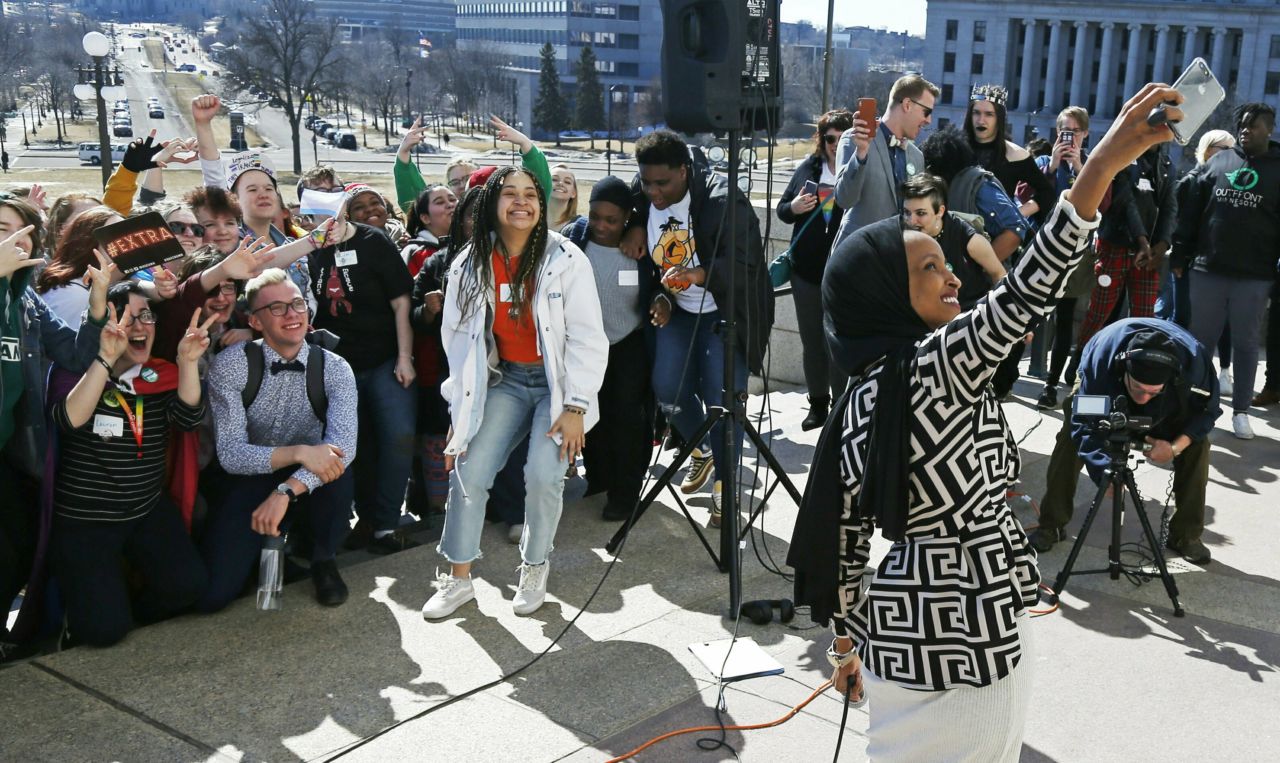 The Minnesota Democrat called gay conversion therapy “torture” and said it should no longer be a legal practice in Minnesota or in any other state.

Omar was a co-sponsor of a similar bill when she was in the Minnesota House. She was elected to Congress in November.

Minneapolis Democrat Scott Dibble, the only openly gay Minnesota senator, urged the crowd to meet with their legislators, fight for change and run for office.