No back-to-back state titles for Bangor, which lost at the buzzer to Columbus Catholic 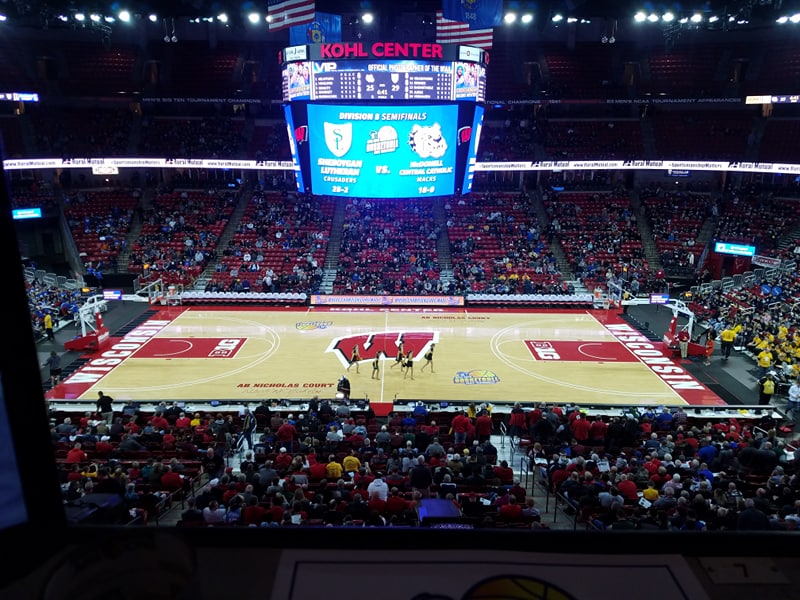 MADISON, Wis. — There will be no repeating as state champions for the Bangor High School boys basketball team.

The Cardinals lost in heartbreaking fashion Friday in the Division 5 state semifinals at the Kohl Center.

After trailing by as many as 13 points in the second half, Bangor came back to tie the game with a 9-0 run in the final seconds.

But, with just over 5 seconds to go, Columbus Catholic got the last possession and Tom Nystrom found himself all alone for the winning 3-pointer at the buzzer and a 69-66 win.

Hank Reader started the run, before Grant Manke scored three consecutive buckets for Bangor — the last of which pulled the Cardinals within 64-61 with 1:33 remaining.

Two possessions later, Jaymeson Freit tied the game 64-64 for Bangor with a 3-pointer and 48 seconds to go.

Sixth-ranked Columbus (26-2) answered right back on a bucket by Jarred Mandel in the paint to go back on top.

After a timeout, Bangor left nothing on the court.

On the Cardinals last possession, Freit missed a 3-pointer with 11 seconds to go.

Trevor Jones got the offensive rebound, but missed the putback.

Somehow, he got the ball back and on that second try, he scored, tying the game at 66-66, but setting up Columbus for the buzzer-beater.

Manke had 20 points, 13 rebounds while Jones had 19 points, seven rebounds. Both had three assists and three steals. Freit finished with 12 points, four steals.

Columbus shot 28 of 68 from the field (41.2 percent) and 8 of 18 from deep. They were led by Mandel’s 22 points, 10 rebounds, six assists, four steals and three blocks. He did also have eight turnovers. Noah Taylor added 17 points and Bryce Fuerlinger had 15.