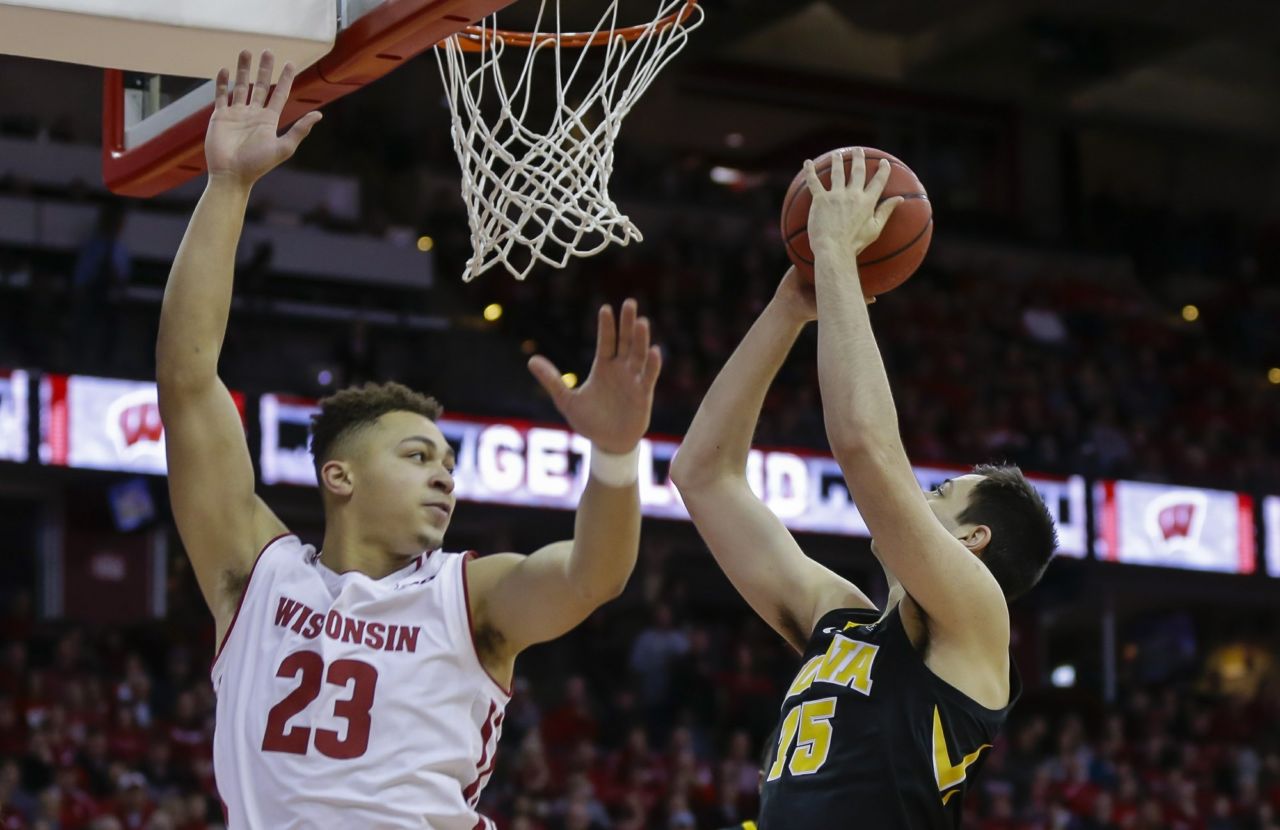 While it might not land a No. 1 seed in the NCAA Tournament, the Big Ten was arguably the nation’s top conference during the regular season.

The league’s upper-class depth and middle-class drama could make for a fascinating postseason tournament, which starts Wednesday in Chicago.

The conference has four teams with legitimate Final Four aspirations in Michigan State, Michigan, Purdue and Wisconsin. Maryland is also more than capable of making a run and there are a handful of talented, up-and-down teams like Iowa, Minnesota and Ohio State looking to secure a brighter postseason future.

The top-seeded Spartans (25-6, 16-4), who last won the league tournament in 2016, are expected to get injured star Nick Ward back this weekend. The 6-foot-8 Ward, who was averaging 15.1 points and 6.7 rebounds a game before breaking his hand in mid-February, should at the very least be able to spell Kenny Goins and Xavier Tillman in the post. That Michigan State won a share of the regular-season title despite losing Ward for a few weeks and Joshua Langford (15 points a game) for the year to a foot injury in late December speaks to its resilience and depth.

“Injuries are never fun for anybody. And yet I think we’ve handled them fairly well,” Izzo said.

Michigan (26-5, 15-5), the two-time defending tournament champions, blew its chance to win the league by losing to the rival Spartans twice in its final four games.

“I’m certainly not pleased with the way the regular season ended. But we were looking at a pretty good gauntlet going down the stretch,” coach John Beilein said.

The Wolverines are hopeful that Charles Matthews, who hurt his right ankle in a loss to the Spartans on Feb. 24, will be ready for Friday’s opener. Matthews is averaging 12.8 points and 5.1 rebounds a game and is one of the league’s best defenders.

BUCKY, BOILERS AND THE TERPS

Purdue (23-8, 16-4), led by league coach of the year Matt Painter, won six of its last seven games to join Michigan State as co-champions. The Boilermakers, like Michigan, are hoping to win Sunday’s final and secure a possible No. 2 seed. Purdue went unbeaten at home, but it also won eight road/neutral games despite returning just one starter from a year ago in Carsen Edwards.

“We’ve had some guys, whether they came off the bench or started, who were really, really good in their roles and just stepped in and really sacrificed for our team,” Painter said.

Wisconsin (22-9, 14-6) will head to Chicago on a three-game winning streak. The Badgers split the season series with fifth-seeded Maryland (22-9, 13-7), who could await them in the quarterfinals. The Terrapins will open with the winner of Wednesday’s Rutgers-Nebraska game.

Iowa (21-10, 10-10) has likely done enough to return to the NCAA Tournament after a two-year absence. But the Hawkeyes have lost four straight, including a blown 16-point lead against the Huskers, and coach Fran McCaffery drew attention when he said that finishing 10-10 was “tremendous.” Ohio State (18-13, 8-12) will get star Kaleb Wesson back from a three-game suspension for what could amount to an NCAA tourney elimination affair against Indiana on Thursday. Indiana (17-14, 8-12) is an intriguing bubble team, but a loss to the Buckeyes would hurt their NCAA hopes.

Seventh-seeded Minnesota (19-12, 9-11) is also safe bet to advance beyond this weekend. A loss to Penn State (14-17, 7-13) on Thursday might put the Golden Gophers in line for a trip to Dayton for an NCAA play-in game. … Illinois (11-20, 7-13) and Northwestern (13-18, 4-16) face off to open the tournament on Wednesday. Watch out for the Fighting Illini, an extraordinarily young team that beat Michigan State and Maryland and just might have enough talent to make things interesting if they advance. … Nebraska coach Tim Miles would love a run to the championship game; his Huskers have lost at least 12 league games in four of the past five seasons.