Wednesday warmup could be beginning of spring flooding 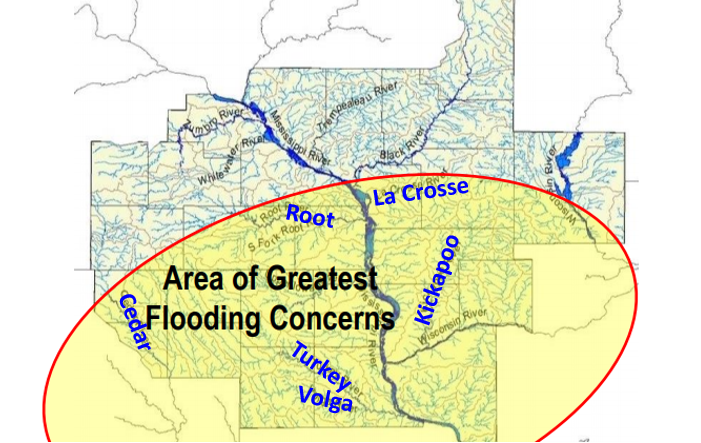 According to the National Weather Service of La Crosse, the threat for spring snow melt flooding is becoming likely from Wednesday into the weekend.

By far the greatest concern exists along the Turkey River where moderate to major flooding is possible. Other areas could also see flooding.

The National Weather Service in La Crosse has also issued a flood watch from Wednesday morning through Thursday evening.

A Flood Watch means there is a potential for flooding based on current forecasts.

You should monitor later forecasts and be alert for possible Flood Warnings. Those living in areas prone to flooding should be prepared to take action should flooding develop.