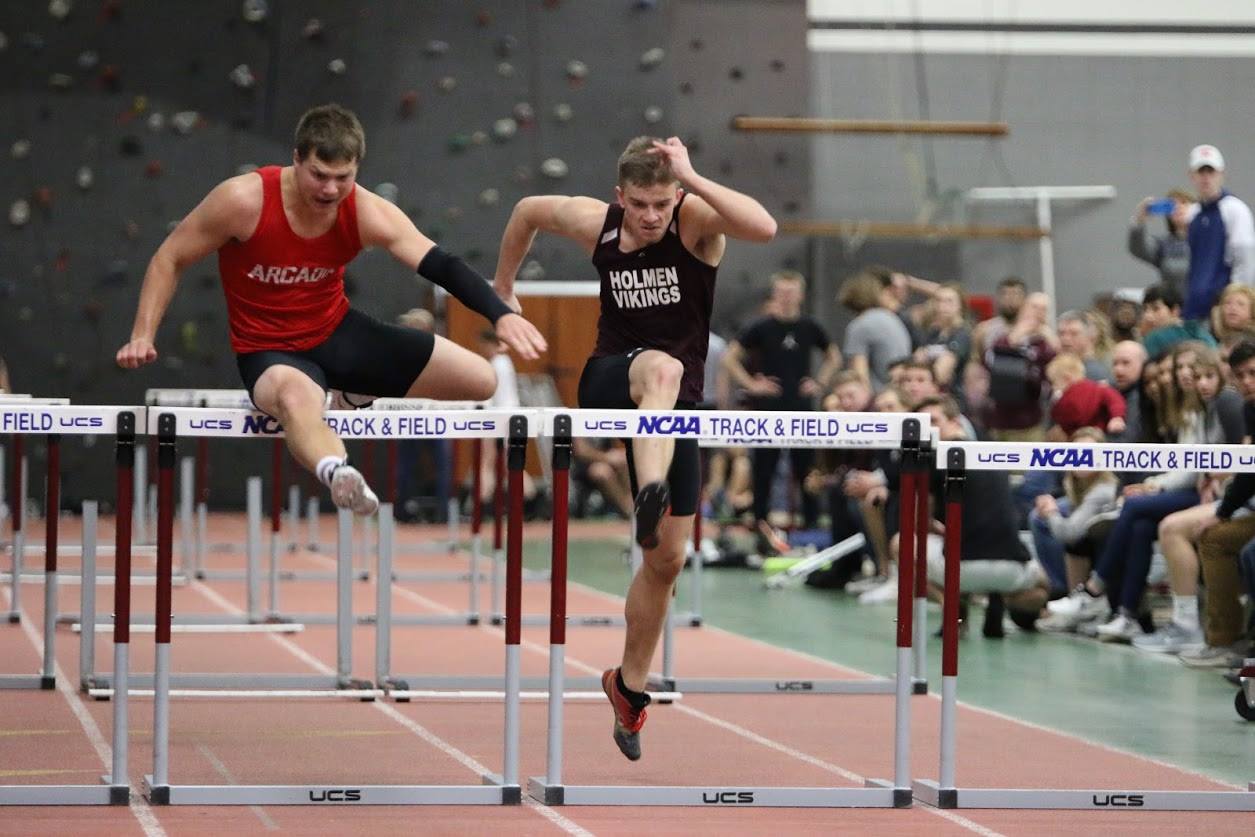 If there was a meme for Ben Jones young collegiate track and field career, its caption would be: ‘That escalated quickly.’

As a freshman, Jones was cut from the University of Wisconsin-La Crosse team.

This season, it was questionable again whether the pole vaulter would even make it.

It’s not that the Holmen native isn’t a great athlete. It’s just that nobody really knew just how great — not even himself — and the Eagles are one of the best teams in the nation.

Now, there’s pretty much one reason why Jones is, not just on this team, but ready to compete today in the heptathlon at the Division III Indoor National Championships.

You could call it fate or dumb luck. After a preseason team meet, Jones and some friends were just messing around with the high jump. The bar was set around 6 feet. Coaches just happened to be watching. And, whether it was a factor or not, Jones was wearing blue jeans.

“We all, kind of, were joking around, taking high jumps, and I ended up jumping almost 6-foot without any practice since high school or anything, and it really impressed the coaches,” Jones said.

Had the coaches not been watching. Heck, had Jones not been wearing blue jeans. He might not be on the team.

Instead, fast forward to today, and here Jones is, a heptathlete competing in the Division III Indoor National Championships in Boston.

In other words, ‘That escalated quickly.’

“They’re just monkeying around, doing some high jump,” UW-L men’s coach Josh Buccholtz recalled. “One of the coaches looked up and asked, ‘What’s that bar at?’ I said, ‘It’s about 5-10, 6-foot.’ He’s in jeans, jumping and he makes the bar.

“So, we took him off the side and said, ‘Hey, go work with our hurdle coach.’ After about 10 minutes, the hurdle coach comes over and says, ‘He’s going to be running fast.’”

So now Jones, almost exclusively a pole vaulter his high school career at Holmen, is competing in seven events. Seven events he describes as, “I never hurdled before this year. I never long jumped, seriously. I never threw shot. The 1,000, I never ran long distance anything.”

This weekend’s two-day meet at the University of Boston will be just the third time Jones is competing in the heptathlon.

“So his learning curve on how to deal with this, he’s still figuring out how to do this and learning multiple events he’s never done in his life up until this year,” Buchholtz said. “Every time he steps on the track, he’s gotten better and better and better, across the board”

Jones is one of 29 athletes competing for UW-L at the Indoor National Championships.

The UW-L men, who are sending 18 athletes, are looking to add to their nation leading 33 combined indoor/outdoor national titles.

For the UW-L women, 11 athletes are in Boston. The Eagles last won an indoor title in 2015. Before that, they finished runners-up five times dating back to 1993.