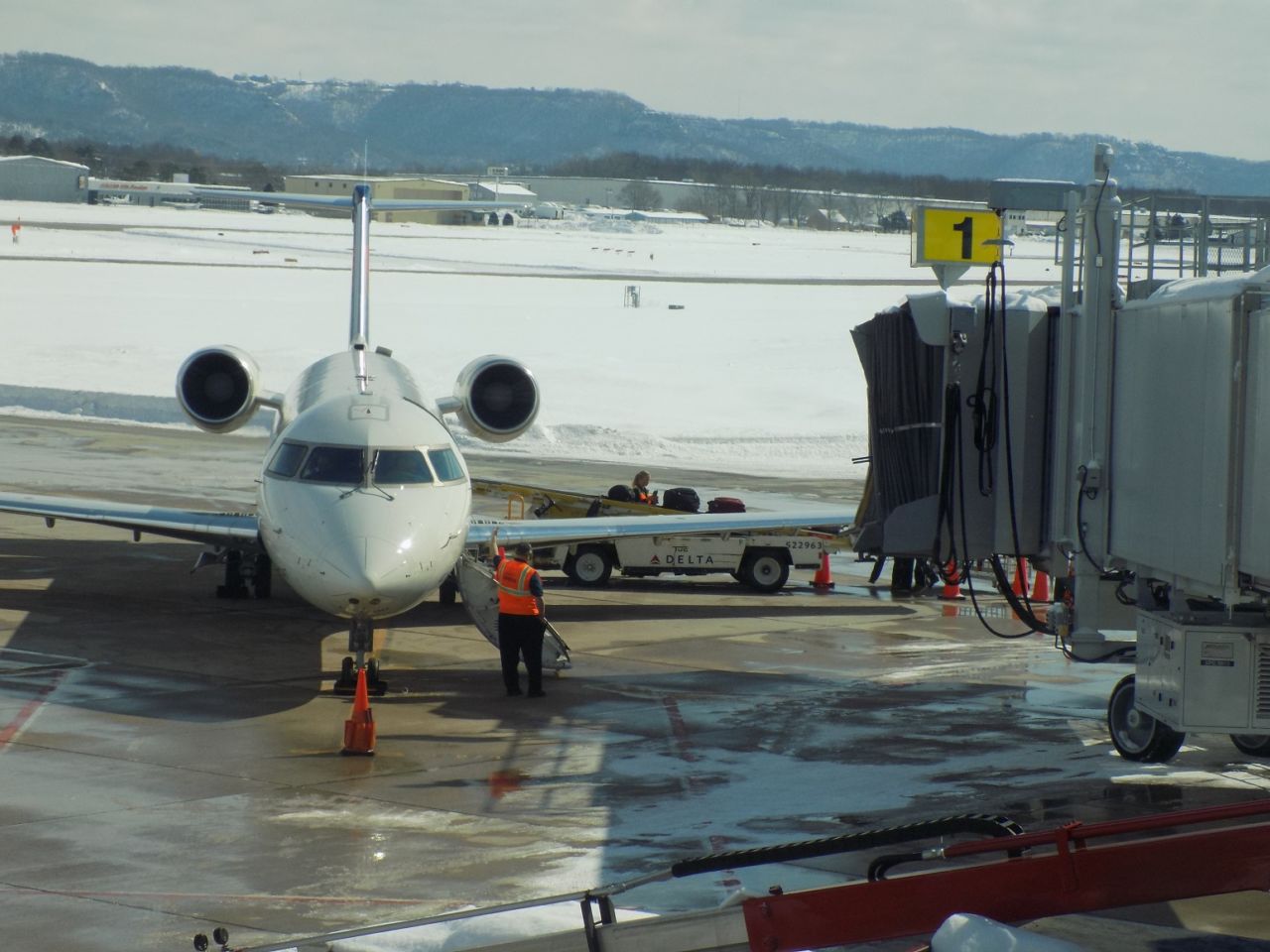 The La Crosse Regional Airport has welcomed the first planeload of passengers from Detroit, under a new daily service provided by Delta Air Lines.

Passengers arriving on the first flight, along with their families, were welcomed with cake and snacks, and were greeted by La Crosse Mayor Tim Kabat.

They also had a chance to enter a drawing for a free set of luggage.

The new flight service to Detroit was announced by the airport in October, restoring flights which had been discontinued years ago because of airline cutbacks.

A non-stop Delta flight from Detroit is scheduled to arrive in La Crosse around the noon hour every day, with a return flight to Detroit departing a short time later.