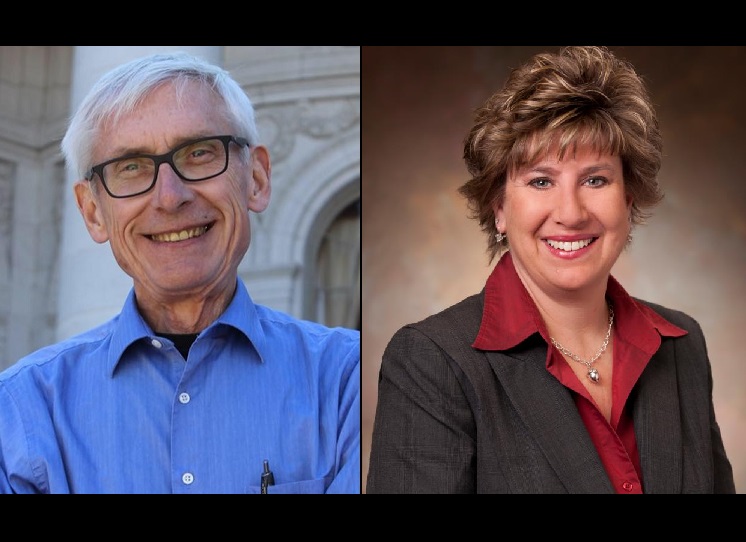 MADISON, Wis. (AP) — The difficulty Gov. Tony Evers will have getting his transportation funding plan through the Legislature showed Friday, with the Democratic leader of the state Senate refusing to say whether she will support a key provision of the proposal.

Republicans who control the Legislature are similarly conflicted, although for different reasons, as they have promised to reject much of what the new Democratic governor proposed Thursday in his $83.4 billion state spending plan.

Evers’ plan for roads is a central part of the budget. He wants to raise gas taxes by 8 cents while repealing the minimum markup law that’s designed to increase competitiveness by barring retailers from selling gas for less than they paid for it.

Later Friday, he told reporters in Appleton he could veto the entire budget if Republicans don’t pass something he can sign. He previously said in January that he would be open to vetoing the entire budget, a highly unusual move that would force him and lawmakers to start over.

On transportation at least, he doesn’t even appear to have Democrats on his side.

Sen. Jennifer Shilling initially refused to answer a reporter’s question about her position on the minimum markup repeal after also speaking to AFL-CIO members. She later called Evers’ plan “a start,” without taking a position as she walked away from reporters.

The minimum markup law prohibits the sale of gas below what it costs a retailer to purchase, resulting in a roughly 9 percent markup at the pump. Retailers, including La Crosse-based Kwik Trip which is in Shilling’s district, have long opposed repeal because they say the law keeps prices competitive.

Republicans have supported repeal, saying the law artificially increases prices on gas and other goods. Evers’ budget puts them in an awkward position. Republican Senate Majority Leader Scott Fitzgerald called it “disingenuous” for Evers to call for the law’s repeal at the same time he’s proposing raising gas taxes by 8 cents per gallon.

The transportation funding plan is just one of many flash points in the budget.

Among Evers’ proposals that Republicans have promised to reject are expanding Medicaid; creating a nonpartisan redistricting process; legalizing medical marijuana; freezing voucher school enrollment; allowing Planned Parenthood to access women’s health grants; increasing the minimum wage; and allowing people in the country illegally to get driver’s licenses and pay in-state tuition at the University of Wisconsin.

Evers also wants to repeal much of former Republican Gov. Scott Walker’s legacy, including work and drug test requirements for Medicaid and food stamp recipients; limits on the governor and attorney general’s powers approved during the lame-duck legislative session; and the “right to work” law opposed by labor unions. Evers is also calling for the reinstatement of the prevailing wage, which unions support.

“These are placeholders,” Hintz said. “I think this was a good start. … He’s given us one option. We’ll see what the other options are.”

Republican legislative leaders said they plan to start from scratch.

“Pretty much every single policy” Evers proposed is something Republicans “will not stand for,” said GOP Rep. John Nygren, co-chair of the Legislature’s budget committee.

There are some areas where compromise is possible.

Assembly Speaker Robin Vos noted that his fellow Republicans, like Evers, support the state paying for two-thirds of school costs and expanding rural broadband internet service. Both Republicans and Evers want to cut taxes for the middle class, but they can’t agree on how to pay for it. They’ve also both supported increasing the number of assistant district attorneys around the state, doing more to combat homelessness and increasing access to clean water.

Shilling told AFL-CIO members that the fight was just beginning.

“It’s as if we are starting the boxing match,” Shilling said. “And you’ve got the two heavyweights in the ring and they’ve been circling each other and now they’re trying to see who can land that punch. I hope that my colleagues will recognize that they have to work with this governor and that he has every right and opportunity to put forward these ideas.”