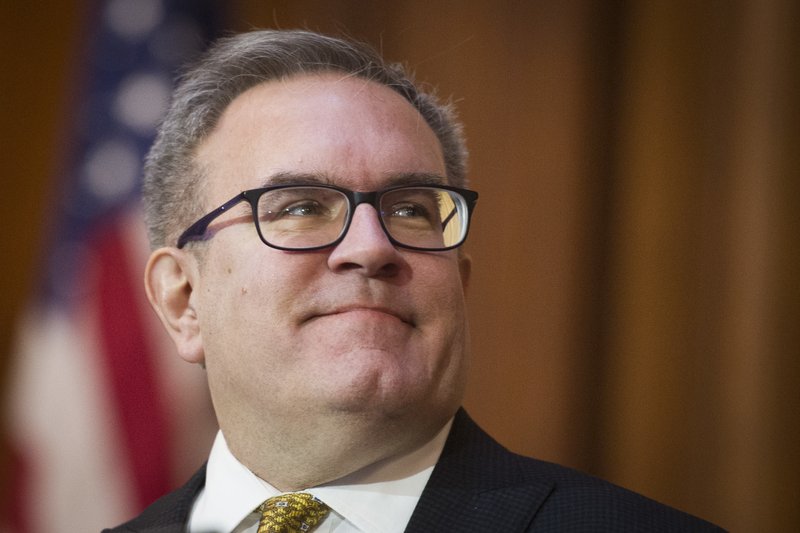 WASHINGTON (AP) — The Senate on Thursday confirmed former coal industry lobbyist Andrew Wheeler to lead the Environmental Protection Agency, despite concerns by Democrats and one Republican about regulatory rollbacks he’s made in eight months as the agency’s acting chief.

Senators voted 52-47 to confirm Wheeler, who was nominated by President Donald Trump after former administrator Scott Pruitt resigned last year amid a series of ethics allegations.

Sen. John Barrasso, R-Wyo., chairman of the Senate environment committee, called Wheeler “uniquely qualified” to lead EPA and said that under Wheeler the agency is putting forward proposals that “both protect our environment and allow the country’s economy to flourish.”

But Sen. Tom Udall, D-N.M., said Wheeler was failing to protect the environment and human health and was “nominated to unravel and undo the environmental protections that are now in place.”

Wheeler, 54, was confirmed as deputy administrator last April and became acting chief in July after Pruitt resigned. He worked at the EPA early in his career and was a top aide at the Senate Environment Committee before becoming a lobbyist a decade ago.

Maine Sen. Susan Collins was the sole Republican to oppose Wheeler. She said in a statement that, unlike Pruitt, Wheeler “understands the mission of the EPA and acts in accordance with ethical standards. However, the policies he has supported as acting administrator are not in the best interest of our environment and public health, particularly given the threat of climate change to our nation.”

“There is no doubt that the greenhouse gas emissions driving climate change pose a significant threat” to Maine and the nation, Collins said, adding that pollution from coal-fired power plants threatens Maine’s natural resources, “from our working forests, fishing and agricultural industries, to tourism and recreation.”

Wheeler was not making “meaningful progress” on clean water standards, Manchin said, citing the agency’s failure to limit the amount of highly toxic chemicals contaminating drinking water in West Virginia and around the country.

The EPA has announced plans to place legal limits on the chemicals but has not yet done so. The perfluoroalkyl and polyfluoroalkyl substances, known collectively as PFAS, have been linked to health threats ranging from cancer to decreased fertility.

“I believe immediate action must be taken, and these efforts lack a sense of urgency,” Manchin said.

Like Collins, Manchin also said he was concerned at EPA’s attempt to undo rules designed to limit emissions of mercury, which can damage the brains of infants and young children.

Environmental groups, meanwhile, slammed Wheeler, saying that while his behavior is “less cartoonish” than Pruitt, he supports the same policies.

“Wheeler wants to turn the EPA into a wish-granting service for polluters, no matter the cost to public health or wildlife. But it’s only a matter of time before his dirty dealings land him in the same trash heap as his predecessor,” said Emily Knobbe, EPA policy specialist at the Center for Biological Diversity, an Arizona-based environmental group.

“During his time as acting administrator, Andrew Wheeler has been seen as a thoughtful leader who understands the need for sensible environmental policies,” said Michelle Bloodworth, the group’s president and CEO. Wheeler’s “long experience in public service demonstrates his integrity in serving EPA’s mission,” she said.