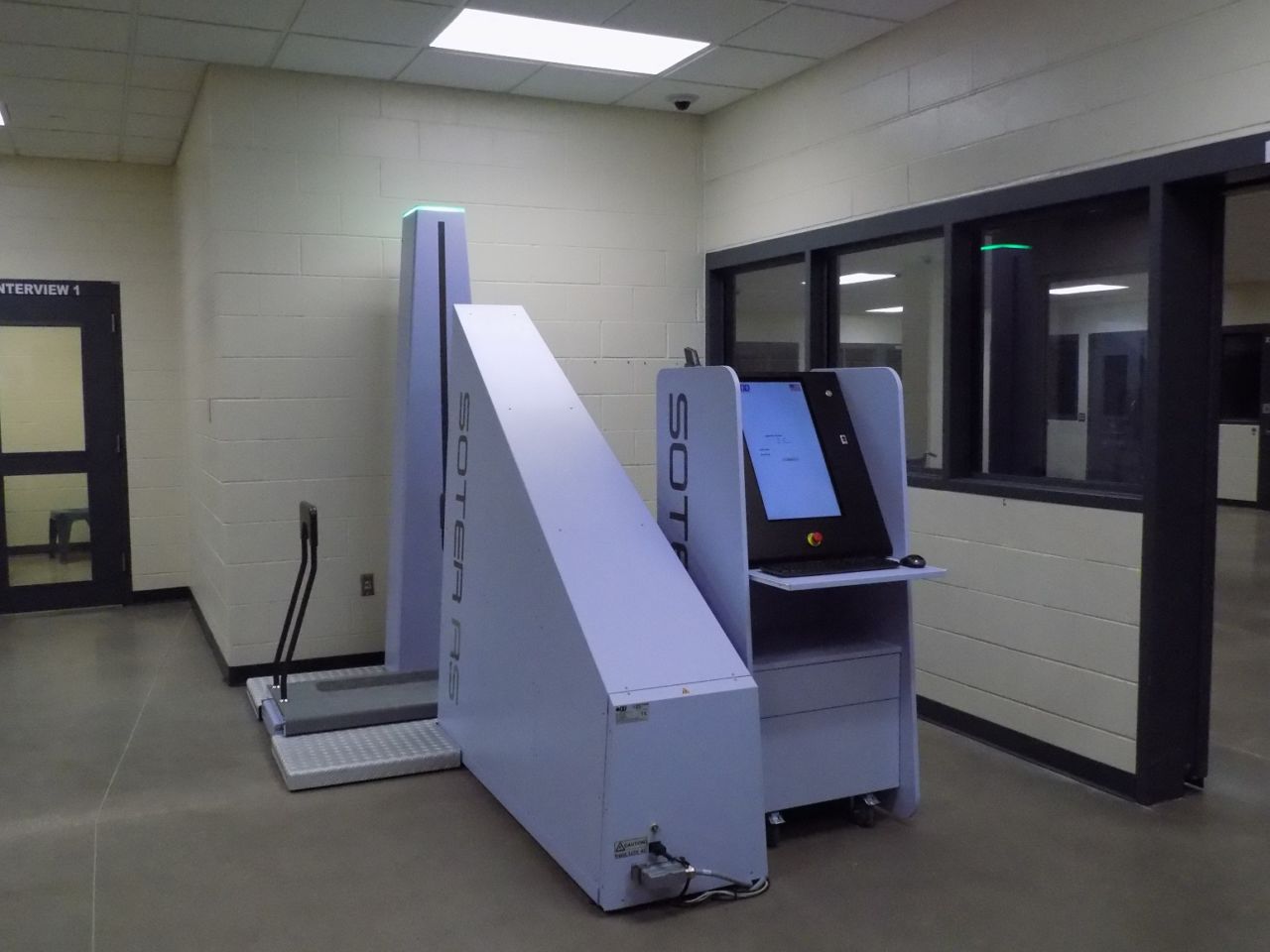 A body scanner, purchased late last year by the sheriff’s department, has been delivered. The jail staff is now being trained how to look for items being smuggled in by prisoners.

The county was planning to buy the $118,000 scanner this year but a near-fatal prisoner overdose in 2018 persuaded the county board to make the purchase sooner.

A sheriff’s officer demonstrated to reporters Thursday how a video screen could show unusual things — for example, a packet of drugs hidden behind a woman’s ear.

La Crosse County Sheriff Jeff Wolf said the scanner will pay for itself, if it prevents prisoners from being hurt by weapons or using dangerous drugs.