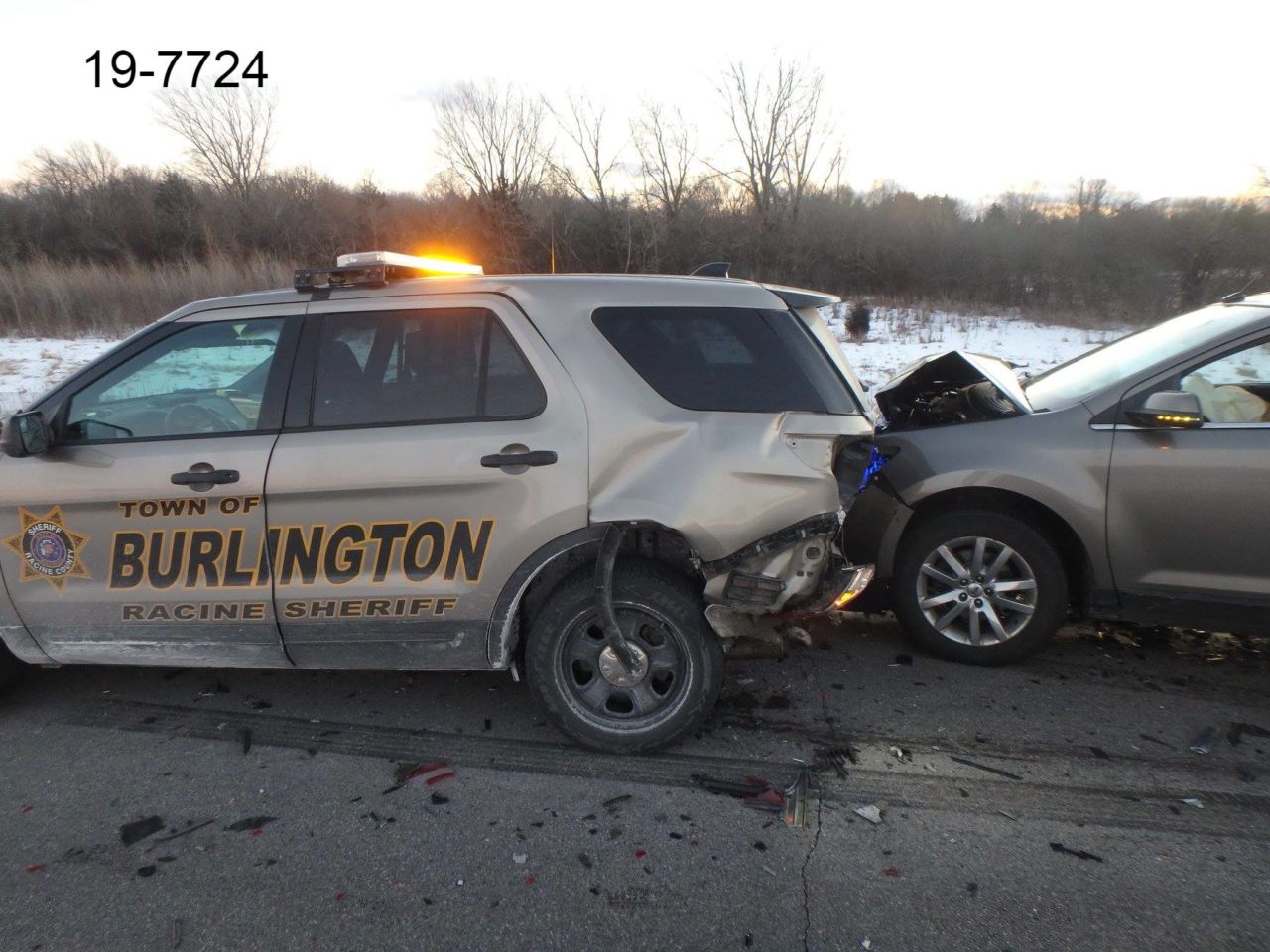 The sheriff’s office says the deputy and his K-9 officer had stopped about 7:30 a.m. Monday to check on a vehicle in the ditch off Highway 20. They were in the squad car when it was struck from behind.

The deputy was treated for minor injuries at a medical facility and released. The dog was not hurt. The driver of the other vehicle also was not hurt, and was cited for not changing lanes while passing a stopped emergency vehicle.

The sheriff’s office says it’s the third time a squad vehicle has been struck while conducting a traffic stop in the past month. No deputies were hurt in the first two incidents.