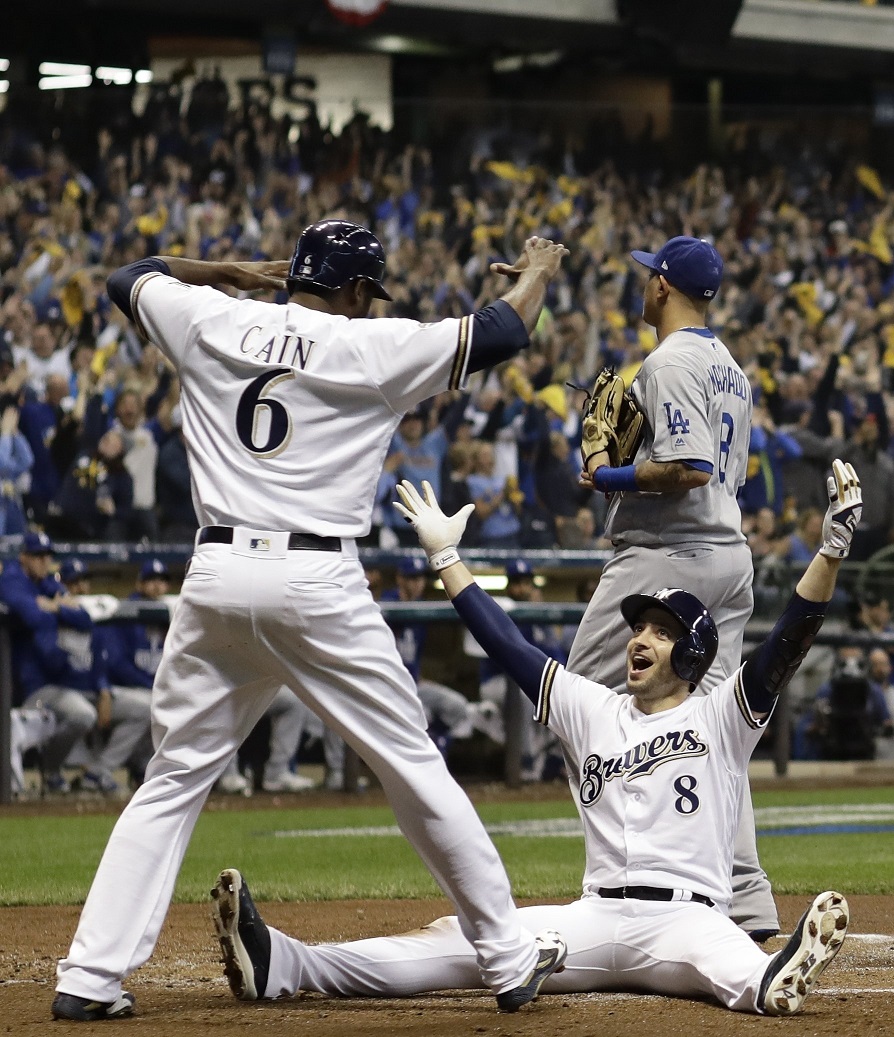 PHOENIX (AP) — It didn’t take long for the Milwaukee Brewers to start enjoying the benefits of a $60 million renovation to their spring training facility.

As rain fell in Phoenix on Thursday, Milwaukee’s pitchers and catchers headed out to new covered mounds for the first official bullpen session of the spring.

The upgrade is one of the few things that’s new for the Brewers as they begin their quest to defend their National League Central Division title. With few exceptions — most notably catcher Yasmani Grandal — the players in the new clubhouse Thursday morning were the same ones who left the home clubhouse at Miller Park wondering what might have been after a Game 7 loss to the Dodgers in the NLCS.

Still, Counsell was quick to point out that while last year was special, it’s a new year with new challenges and goals.

“This team — underline ‘this’ — hasn’t accomplished anything yet,” Counsell said. “This is a new team and we kind of have to make our own tracks here.”

That will include new roles for some of Milwaukee’s returning players.

Erik Kratz will open camp third on the catching depth chart behind Grandal and Manny Pina, leaving him likely to open the regular season in Triple-A.

It’s a difficult situation for someone who contributed down the stretch as much as Kratz did, but Counsell was confident the 39-year-old journeyman could handle the challenge.

“He’s seen a lot, he understands a lot and he’s capable of handling a lot,” Counsell said. “That’s why he’s still going strong at age 39 — because he’s able to adapt.”

Right-hander Junior Guerra will get stretched out during camp but appears headed for a bullpen role once the season begins. Guerra lost his spot in the rotation after allowing four runs over three innings of a 9-4 victory over the Nationals on Sept. 2 but closed the season strong, throwing six scoreless innings of relief and another 4 2/3 scoreless innings in the postseason.

Nearly everybody reported to camp healthy and ready to go. Left-hander Brent Suter, recovering from Tommy John surgery, is Milwaukee’s only unavailable player at this point, while right-hander Jimmy Nelson is set to throw his first official bullpen session Friday and infield prospect Mauricio Dubon is as close to full strength as possible after tearing his ACL last May.

“We’re in a really healthy spot,” Counsell said. “So far, so good.”